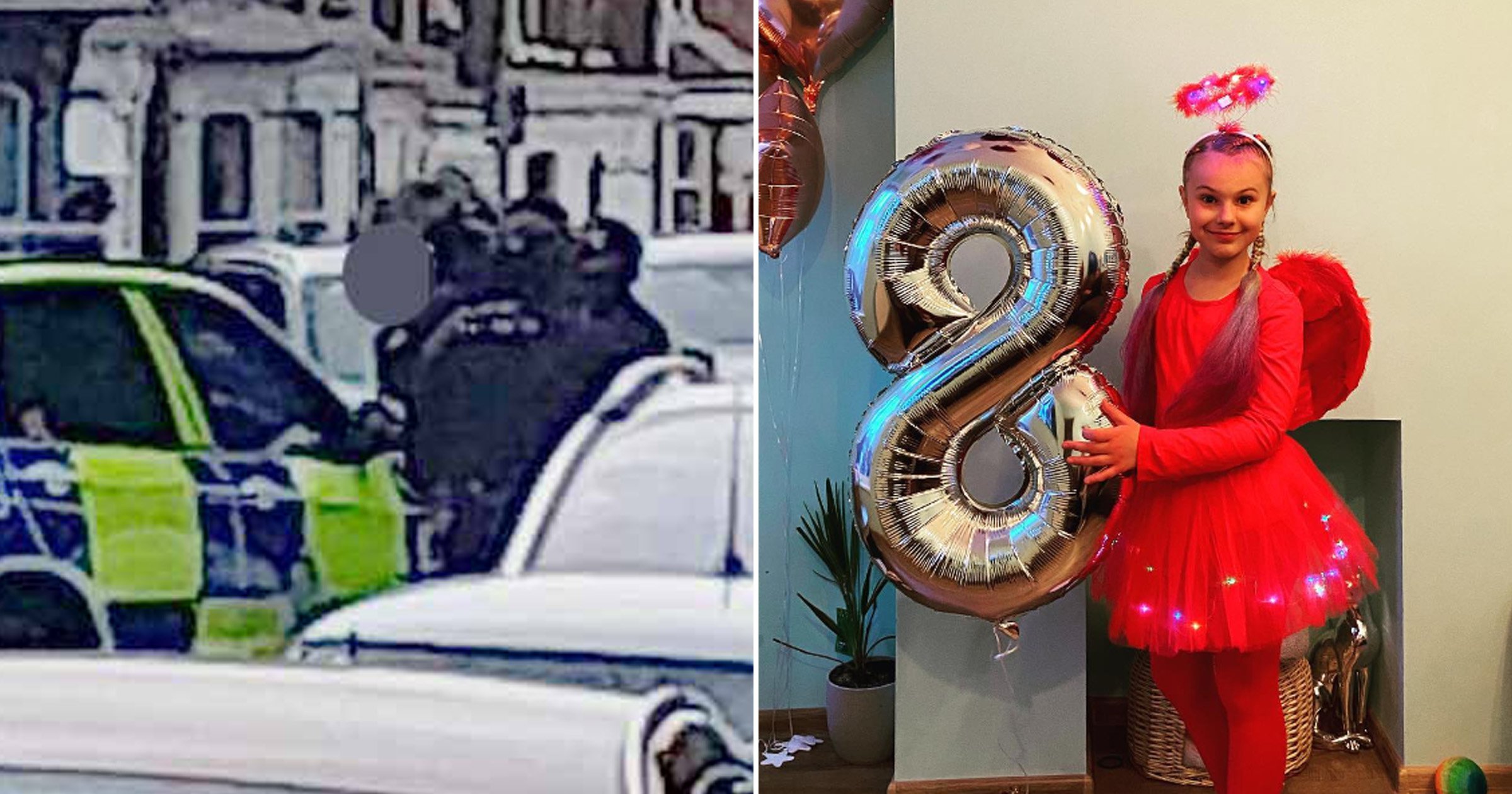 This is the moment armed police hunting Lillia Valutyte’s killer hunted down and arrested a man close to where the nine-year-old was stabbed to death.

At least 20 officers swooped in on a property yards from where the ‘quiet’ schoolgirl, who loved dancing and Harry Potter, was killed in Lincolnshire.

The man they were targeting fled through the Boston Central Park area, spurring a dramatic chase as shocked neighbours watched.

Antiques dealer Nedas Mikelionis, 24, who watched the situation unravel, said a drone likely guided police to the man in the end.

‘The street was suddenly filled with police running everywhere’, he told The Sun on Sunday. ‘Five police cars arrived and at least 20 officers piled out including some who were armed.

‘The guy they were after ran for it and police came pouring out of the house they had gone to and leapt in their cars to give chase.

‘It looks as though he bolted through a back garden, then tried to escape into a park.’

Police finally got their hands on the suspect around 200 yards from where Lillia was fatally attacked on Thursday and later died from a single stab wound.

The Lincolnshire force confirmed last night a man, 22, was in custody after being arrested on suspicion of murder around 2.45pm on Saturday. They are not looking for anyone else in connection with the incident.

Locals in the area have claimed the tragedy ‘may have something to do with some kind of feud’, according to reports.

Police are reportedly looking into a theory that it involves a fight over unpaid wages.

Tributes have flooded in for Lillia, who was knifed while playing in the street with her little sister outside an embroidery and screen printing shop run by her Lithuanian mum Lina Savicke.

The girls had a hula-hoop and a toy pram, according to locals.

One note left at the scene by a school friend, 9, read: ‘You were the bestest friend. Hopefully you are now with the angels in a better place. You are probably watching Harry Potter.’

Imani, 9, who in Lillia’s class, told the Daily Mail: ‘She was just a very lovely girl. She was nice, funny, loving and caring.’

Tia, the mother of another local schoolgirl, said: ‘It’s disgusting beyond words. Something needs to be done in this town to make sure our children have a confident future and are able to walk the streets. They need to feel safe.

‘I was devastated and traumatised speaking to some of the other parents. Their children are heartbroken. It’s really shaken the town.’

There will be ‘a significant police presence’ in the town while the investigation progresses.

Kate on verge of setting new royal precedent with ‘tremendous’ new role ‘Lot to sort out!’