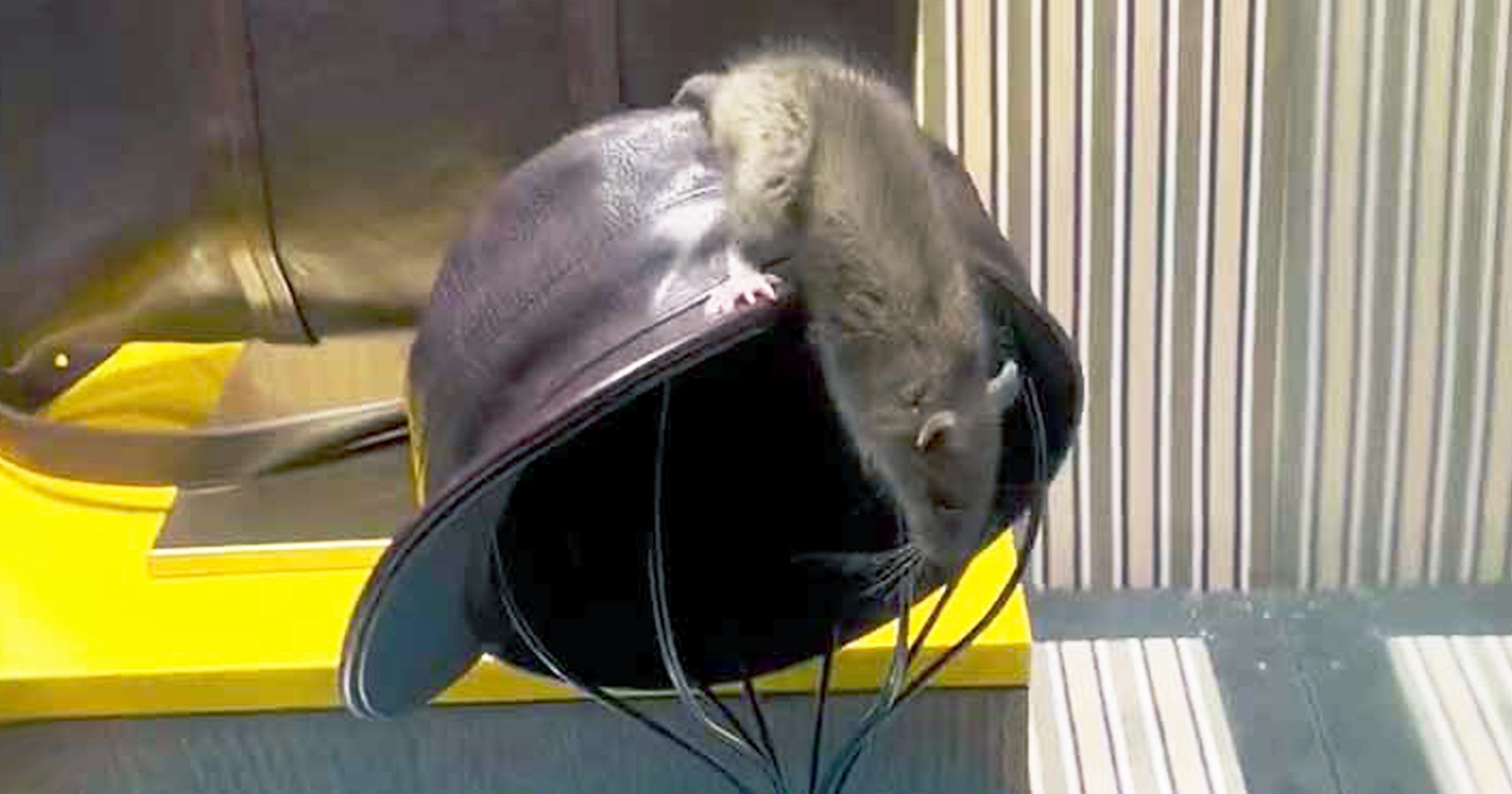 A giant rat had such a liking for luxury leather bags and accessories that it crawled on some hanging on a storefront display – shocking witnesses and the internet.

Photographer Max Giuliani was walking by the Il Bisonte boutique in the West Village when the refined rodent caught his eye. His video clip shows the furry brown rat jumping from a dark plum leather briefcase to a hat of the same material and color. The rat loses balance and falls off the cap in the store with the light son.

‘Window shopping in New York City #NYC,’ wrote Giuliani for the caption of his tweeted video on Thursday.

Giuliani said he was ‘shocked’ to see the rat casually browsing the store shortly before 7pm on Wednesday.

‘It made me think of the TikTok viral sound – “But the rats don’t run this city. We do,”’ Giuliani told the New York Post.

The store known for Italian leather products on Bleecker Street sells some of its goods to Saks Fifth Avenue. Its manager, Lisa Stefani, said she found out about the rat around 8.45pm.

‘There was a group of young boys, like three or four of them standing out here, and then they start knocking on the window and they showed me, and I closed the store, turned out the lights, ran out of here, and called the exterminator,’ Stefani told the newspaper.

Stefani said that garbage in the neighborhood has grown with increased foot traffic.

‘Yes, of course, it’s crazy on the streets,’ she said, ‘But I have never seen (a rat) inside the store.’

Rats in the Big Apple have made headlines time and time again, one of the most famous being the pizza rat that was filmed dragging a whole slice down the subway steps.