Home » Europe » Monkeypox outbreak in UK: Cases under investigation with one in hospital 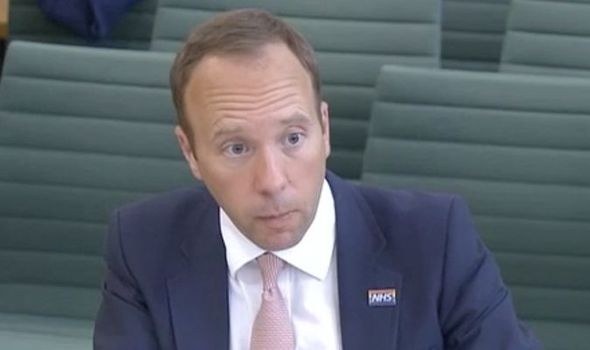 Two cases have been reported in north Wales, both from the same household, with one now receiving treatment in England.

According to Public Health England there is a “low” risk to the wider public.

Mr Hancock described dealing with the virus as “absolutely standard”, during an appearance before the Health and Social Select Committee in Parliament.

He commented: “As Health Secretary, you’re dealing with these sorts of outbreaks all of the time – I’m currently dealing with a monkey pox outbreak and cases of drug resistant TB, and that is absolutely standard.”

The Mirror reports one of those infected is believed to have contracted the virus during abroad.

They then passed the disease onto someone they share a house with.

“The index case was acquired overseas, and the two cases are members of the same household. Both cases were admitted to a hospital in England, where one currently remains.

“Monitoring and follow-up of the cases and their close contacts are undertaken as part of normal practice, and the risk to the general public is very low.”

The NHS reports monkeypox is usually a mild illness, with patients able to recover without treatment.

However it adds: “Some people can develop more serious symptoms, so patients with monkeypox in the UK are cared for in specialist hospitals.”