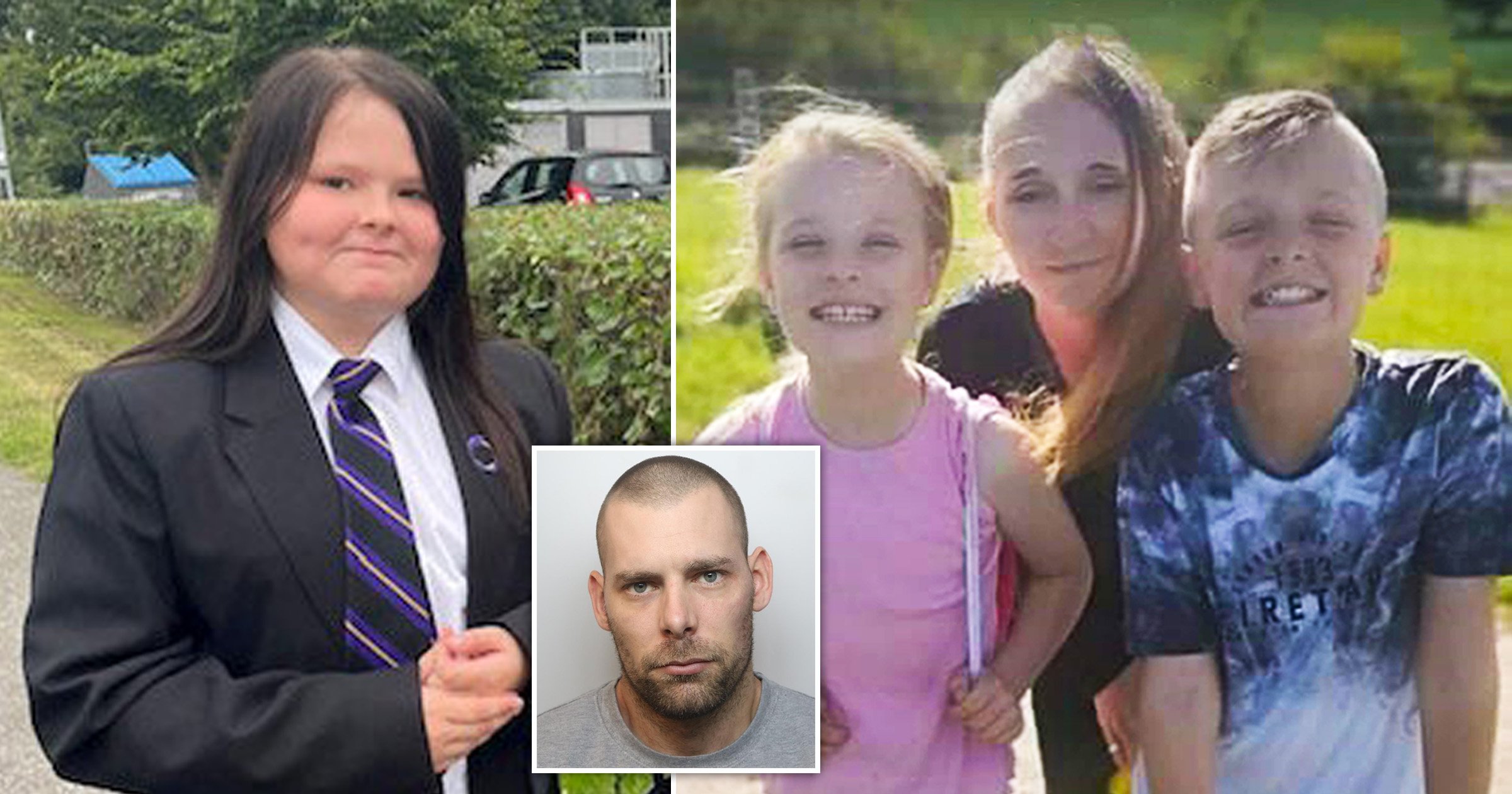 A man who killed his pregnant partner and three children in a ‘brutal, vicious and cruel attack’ at a sleepover, will die behind bars.

The 32-year-old also admitted the rape of little Lacey at Derby Crown Court this morning.

The four victims were found dead at their home in Chandos Crescent, Killamarsh, near Sheffield, on September 19, 2021.

Bendall is said to have committed the murders at some point between September 17 and the time the four victims’ bodies were found.

He killed them at the home he shared with Ms Harris in what prosecutor Louis Mably KC told the court were ‘brutal, vicious and cruel attacks on a defenceless woman’ and three young children.

Mr Mably KC, opening the case, said Lacey was likely to have been raped at least twice by Bendall.

Connie had only been due to stay over for one night, but successfully got permission from her mother, fatefully extending her stay by another night – coinciding with Bendall’s attacks, the court heard.

What also emerged was that having brutally killed Ms Harris and the children, Bendall ’took John’s Xbox (games console), ordered a taxi, went to Sheffield’, where he then exchanged the console ‘for drugs’, Mr Malby said.

Bendall would later tell police he had consumed ‘three to four bags of cocaine and then blacked out’.

‘This gives an indication of the sheer callous depravity of the defendant’s conduct that night,’ said Mr Mably.

Ms Harris and the children were found dead at her home in Chandos Crescent, Killamarsh, in north-east Derbyshire, near Sheffield, on September 19 last year.

Mr Mably, opening the case, said: ‘On the night of Saturday, September 18, 2021, stretching into the early hours of September 19, the defendant brutally and viciously murdered his then partner, Terri Harris, who is aged 35 – and was in the early stages of pregnancy.

‘She was a friend of Lacey’s who just happened that evening to be staying at Lacey’s house for a sleepover.’

Nearly all the victims had defensive injuries, indicating they had tried to fight off Bendall after he launched his attack some time after 9.42pm that evening.

Mr Mably told the court: ‘The circumstances of these offences are truly hideous and dreadful.

‘These were brutal, vicious and cruel attacks on a defenceless woman and three young children.

‘The defendant attacked them using a claw hammer which he used to hit them over the head and on the upper body.

‘It was perfectly clear none of the victims stood a chance.’

Mr Mably said: ‘It does appear each (victim) was attacked in a different room, (and) appears he went around the house looking for them, attacking them each in turn, in order to kill them.

‘One of the dreadful facts about this case is that during the attacks, the defendant raped Lacey, and this included raping her as she lay dying from the head wounds he had inflicted with the hammer.’

Bendall was arrested outside the house shortly after 7.39am on September 19, after his mother had rung 999 telling them he had reported stabbing himself.

Officers asked him: ‘Do you think you’ve killed your family inside their house?’

Bendall replied: ‘No. I have (killed them).

‘There’s one in the bathroom, two upstairs and one in another bedroom.’

Audio of the police search of the house was then played in court, with a male officer’s voice catching with emotion as he said: ‘They’re gone, they’re gone.

After his arrest, Bendall told officers at Ripley police station: ‘The whole house is covered in claret.

‘I used the hammer.

‘I didn’t realise what I did until I walked into my room and saw my missus and my daughter.’

He then added: ‘Bet you don’t usually get four murders in Killamarsh do you – well, five (murders), because my missus was having a baby.’

Mr Mably told Mr Justice Sweeney that a whole life order was necessary in the case because of the ‘exceptional high level’ of seriousness, adding Bendall himself had agreed such an order was appropriate.

Vanessa Marshall KC said her client, who has maintained having no memory of the event, agreed he should be handed a whole life order.

She said: ‘His actions that night remain largely inexplicable and motiveless.’

She added that he had been ‘happy’ about the forthcoming pregnancy, which would have been Bendall’s first child.

‘The defendant hopes the knowledge he will be spending a full whole life sentence behind bars for the rest of his life, where every day he is having to confront the demons of his actions, will provide some justice to these families,’ the lawyer said.

The court heard that Bendall, who had previous convictions for robbery, attempted robbery and grievous bodily harm had carried out the rape and murders while on a 24-month suspended sentence handed down at Swindon Crown Court in June 2021 for arson of a car he had tried to steal.

Bendall had previously admitted manslaughter but denied murder and rape.

With trial dates moved and hearings relisted, more than 15 months have passed since he was arrested.

Sentencing Bendall for four counts of murder and one of rape, High Court judge Mr Justice Sweeney said family impact statements attested in moving terms to each victim who had been ‘so horrifically taken away’ and their families’ ‘utter devastation.’

The judge told him: ‘On your behalf Bendall, it is accepted that the seriousness of your offences is so exceptionally high the court must make a whole-life order. I agree.

‘You are now aged 32 and have a significant background of violent offending, including robbery.

‘As the prosecution have said, you carried out brutal, vicious and cruel attacks on a defenceless woman and three young children.’

The ferocity of the murders was such that the skulls of the victims were ‘literally smashed in,’ the judge added.