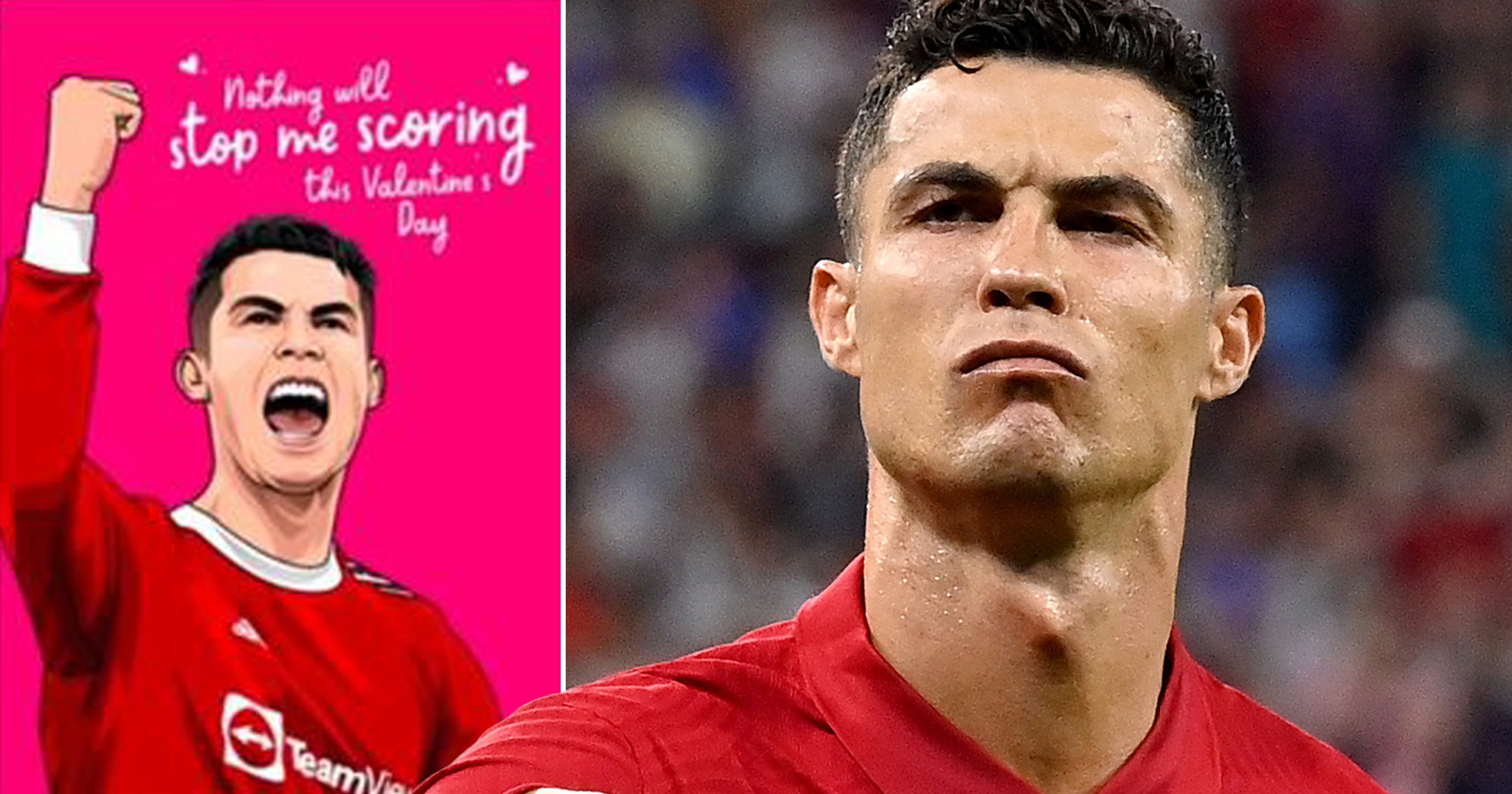 The card showed the Manchester United player celebrating alongside the words ‘Nothing will stop me scoring this Valentine’s Day’.

It led to criticism of the website following accusations that the striker raped former model, Kathryn Mayorga in Las Vegas in 2009.

He has strenuously denied the allegations and has never faced criminal prosecution.

Bosses at Moonpig took the item down after backlash from people on social media.

One person on Reddit has asked ‘what were they thinking’, while others named the card ‘horrible’ and ‘ignorant’.

It was also available on another card website, Thortful, this morning but has since been removed.

A Moonpig spokesperson told the Mirror: ‘It’s never our intention to upset anyone, we take pride in delighting our customers and go to great lengths to provide an exceptional range and service to them.

‘When concerns were raised about this card, we removed it immediately from our site.’

Ms Mayorga claims she screamed ‘no’ as Ronaldo pulled her onto a bed to sexually assault her in a hotel room almost 13 years ago.

She says she struggled with clinical depression and Post-Traumatic Stress Disorder following the alleged attack.

But the footballer has labelled the accusations ‘fake news’, saying the sex was consensual.

The claims were settled out of court 11 years ago, with Ms Mayorga receiving a £276,260 ($375,000) sum from Ronaldo while signing a non-disclosure agreement.

In 2018, the ex-model waived her right to anonymity, saying she had been inspired by the #MeToo movement.

She sought to have the settlement overturned, saying it was signed under duress.

Ms Mayorga has now demanded £56 million from Ronaldo, with a final ruling on whether her fight for damages can go forward yet to be announced.

A US judge recommended the civil case be dismissed in October last year.

Las Vegas police confirmed in 2019 the sportsman would not face criminal prosecution after reopening the probe into him the previous year.

Metro has contacted Ronaldo’s representatives and Thortful for comment.

Royal Family net worth 2020: How much is the Queen worth? Can royals have other jobs?