The tactic was revealed as Scotland Yard vowed to target them “at every opportunity”, even when they ride dangerously, remove their helmets and disguise themselves.

Police want to change the belief that if suspects take off their helmets or fail to stop they will be allowed to escape. 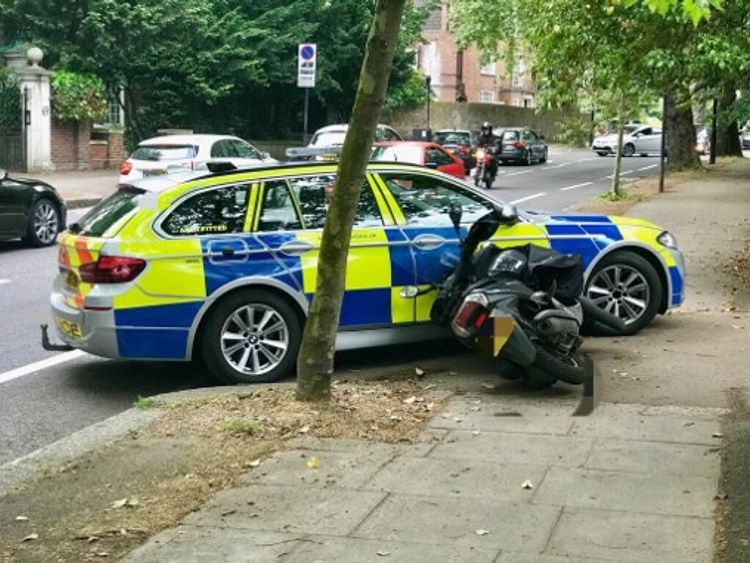 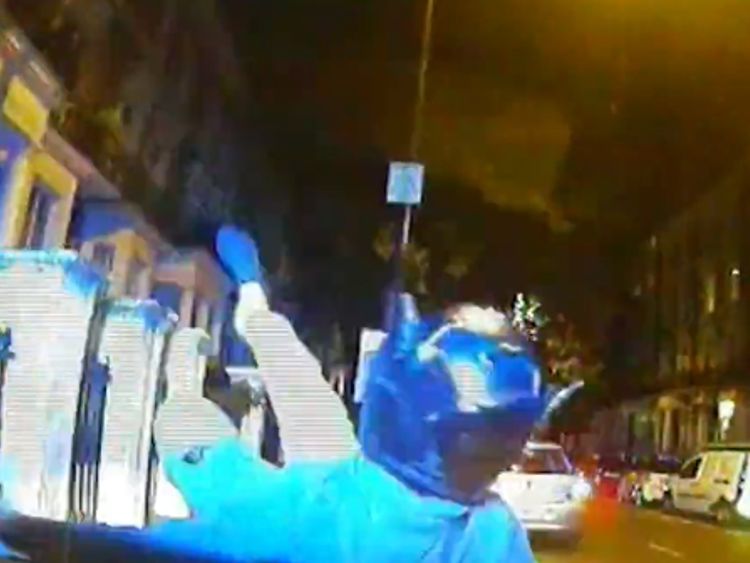 Footage from London’s Metropolitan Police shows the controlled crash technique used by specially trained drivers, aimed at ending hazardous chases that can pose a threat to the public.

It is hoped the get-tough approach of Operation Venice will deter would-be offenders.

The clampdown comes in response to a spike in moped crime, with criminals using stolen bikes to mount pavements and snatch phones, handbags and other valuables – or as getaway vehicles in other crimes.

Victims are often targeted as they come out of Underground stations in the capital.

Other tactics being used include DNA forensic tagging and the use of tyre-flattening devices.

The tougher approach has led to a reduction in moped crime across London.

Commander Amanda Pearson said: “The Met is at the forefront of tackling moped and motorcycle crime and I am pleased to see that we have seen a reduction in offences.

“However, we are not complacent and we will continue to work tirelessly across London to maintain this downward trend.

“Operation Venice can call on all manner of tactics from an experienced investigation team to police helicopters to tackle and arrest offenders.

“There is a perception that if you remove your helmet or fail to stop for police when requested to do so we will not take any further course of action. This is untrue.

“The public quite rightly expects us to intervene to keep London safe. Our highly trained police drivers weigh up the risks and decide upon the most appropriate tactics in those circumstances.

“Offenders on mopeds and motorcycles who attempt to evade the police are making a choice that puts themselves and others at risk.

“So our message is clear: we can, we will and we do target those involved in moped and motorcycle crime at every opportunity.”

Germany vs China: Furious Merkel hits out at China as fury grows over coronavirus source