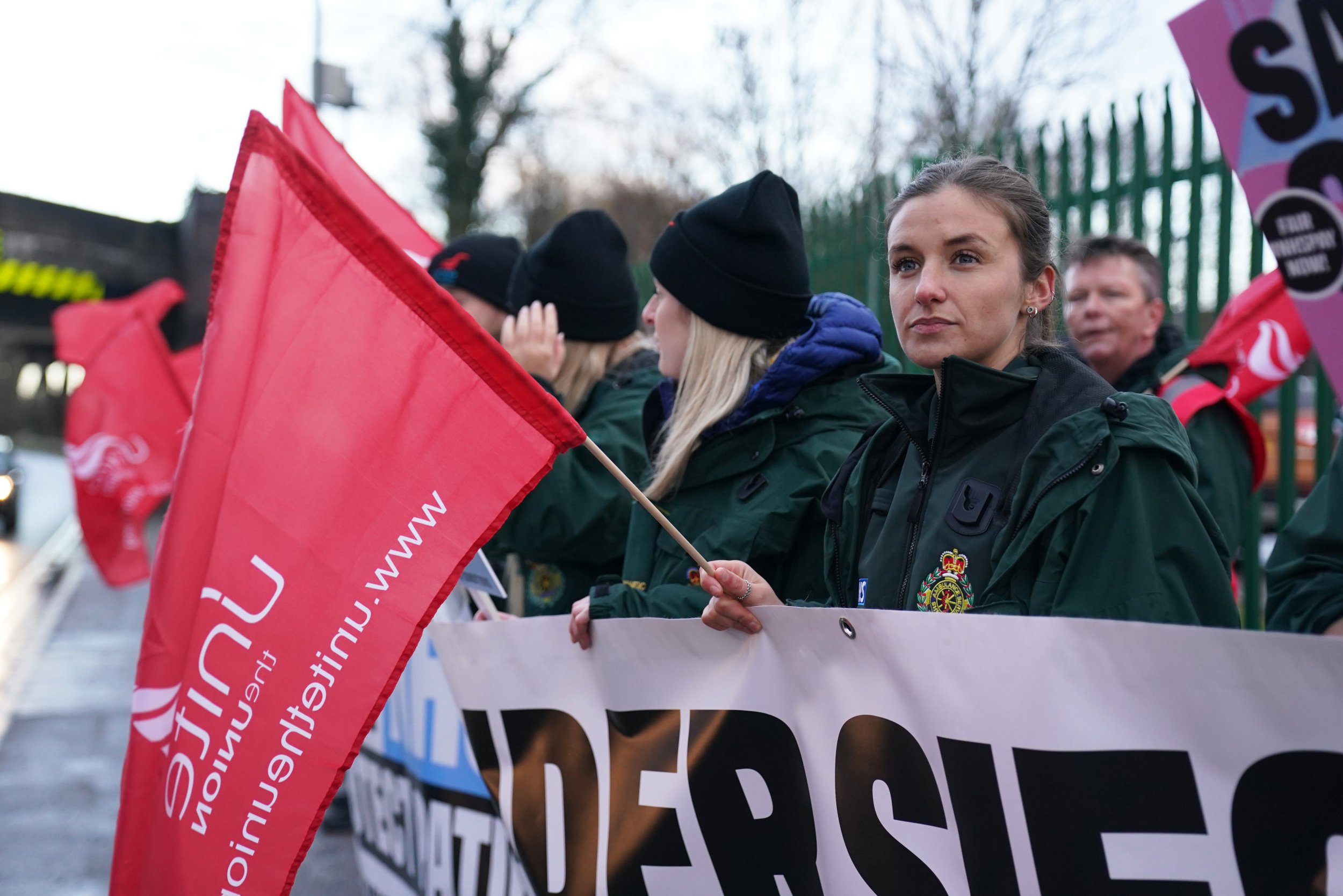 Unite ambulance workers will strike on January 23 in a dispute over pay,
it has been announced.

Around 25,000 ambulance staff in England and Wales have already walked out during industrial action in December.

Striking staff from Unite will protest alongside workers from the Unison union, who have also announced strikes on January 23.

Members voted by a margin of 88% to strike over a pay offer they say ‘has seen an exodus of staff’.

Unite will agree emergency ‘life and limb’ cover provisions with the Trust throughout the walkouts.

The union’s general secretary Sharon Graham said: ‘Unite will stand 100% behind our Welsh Ambulance members who are striking to save our NHS.

‘They see first-hand every day how the NHS is collapsing.

‘A decent pay increases is the only way to improve NHS recruitment and relieve the crippling pressure on ambulance services.

‘The roots of this dispute may be in Westminster, but the Welsh Government needs to move to improve its pay offer if we are to avoid a prolonged dispute.

‘This union stands ready for serious negotiations with governments in all nations, Wales included.

‘We now urgently need action to address the NHS pay and staffing crisis.’

Unite members employed by the Welsh Ambulance Service will also be taking an initial day of industrial action on January 19.

Meanwhile, Unison said their proposed strikes were a direct result of the government’s ‘repeated refusal’ to negotiate improvements to NHS pay this year.

The union and the GMB are also holding a joint ambulance strike next Wednesday.

It comes as almost half of ambulances were delayed by more than half an hour dropping off patients at A&E in the week to New Year’s Day.

Figures showed that 44% of ambulances in England were delayed by 30 minutes or more last week – the highest on record.

One in four ambulances faced delays of more than an hour, with more than 55,000 hours lost to ambulance handover delays in total.

The UK’s wave of labour unrest is set to continue with strikes over the course of January – with railway workers and civil servants among those taking industrial action.