More than 100 dead puffins have been washed up on the northeast coast of Scotland, Orkney and Shetland in the space of three weeks.

Seabird ecologist Dr Francis Daunt described its as “one of the most significant puffin ‘wrecks'” in nearly 50 years.

The UK Centre for Ecology & Hydrology (UKCEH) studies the impact of environmental change on the UK’s seabird population, and has recorded the event.

“It is worrying to now see puffins also washing up dead and sick. We hope to be able to carry out post-mortems on them as well,” Dr Daunt added.

He said the dead puffins have been described as “emaciated” suggesting issues “within the marine food chain”.

Concerns have been raised that the deaths will negatively impact next year’s breeding numbers.

Several thousand guillemots and razorbills were also found dead earlier this year, but scientists are unsure if the events are linked.

Bird flu was ruled out as a cause of death for the puffins as they tested negative for the virus.

One possible explanation is that there has been failure in the marine food supply that may have been caused by higher than normal temperature in early September. 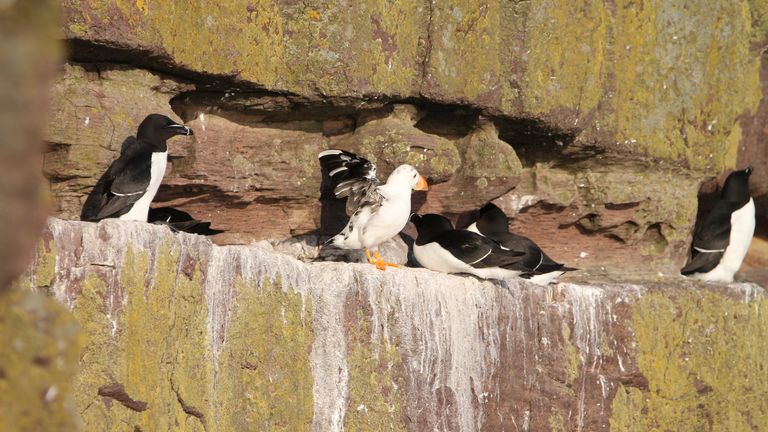 Another explanation points to a case of toxic poisoning from algal blooms.

Potentially, both could be the reason behind the deaths.

The complexity of the investigations means that the cause will remain unknown until early next year.

If you come across a dead puffin the UKCEH advises that you do not touch it.

Instead, where possible, carefully take a photo of the bird showing its beak and wings clearly and send it to [email protected]

If you spot an alive puffin that appears unwell, contact the SSPCA or the RSCPA.

UK ordered millions of antibody tests but they're 'not good enough'