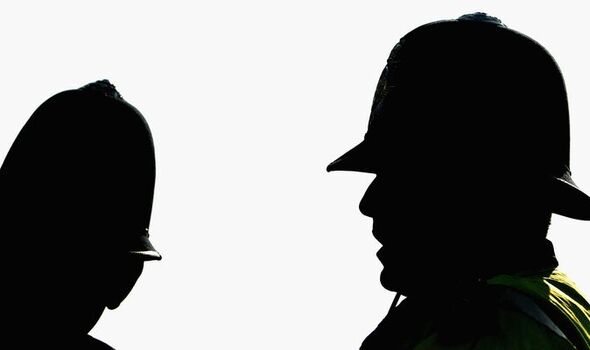 The figures emerged after Scotland Yard was urged for greater transparency about criminality in the force, Britain’s biggest.

Last week, Commissioner Mark Rowley suggested there could be hundreds of officers and staff he says are guilty of crimes and unethical conduct. The force’s internal misconduct system was described as slow and ineffective.

But the Met refused to release the information on how many officers had convictions, citing data protection laws.

Following media pressure the force relented and released the statistics.

The new data showed that, from January 1 2019 up to July 31 this year were 104 police officers and staff who received a criminal conviction while serving with the Met.

One of those is still serving with the force, but the force did not specify which offence they were convicted of.

Among those convicted,were 11 sex offenders and six convicted of misconduct in public office.

Thirty-two police and staff were convicted of traffic offences, four for theft, two each for forgery and drugs and one for criminal damage, with a further 22 people convicted of unspecified other offences.

The murder is the infamous case of Wayne Couzens, who kidnapped, raped and murdered Sarah Everard in March 2021.

He was jailed for life and will die behind bars.

Other notorious cases during the period were former Met officers Deniz Jaffer, 47, and Jamie Lewis, 33, who were jailed for two years and nine months last December after pleading guilty to misconduct in public office after taking and sharing photographs of the bodies of murder victims Nicole Smallman, 27, and Bibaa Henry, 46, who were found butchered in Fryent Country Park, Wembley, in June 2020.

The hall of shame includes former police officer Kashif Mahmood, 33, who dressed in his uniform and used marked and unmarked police cars to travel work with an organised crime gang to rob rivals of drug dealing cash.

He was jailed for eight years in May 2021 after admitting misconduct in public office and money laundering offences.

PC Adnan Arib, 46, was jailed for two years in March after he admitted misconduct in public office offences for abusing his position to try to start sexual relationships with two “vulnerable” teenage girls.

Another in the rogues gallery is former Met Police counter-terrorism officer Francois Olwage, 53, who was jailed for five-and-a-half years in April this year after he tried to meet a 13-year-old girl for sex in Hampshire, who he had groomed, while on duty and working from home, but he was actually communicating with an undercover police officer.

All three were later thrown out of the force after Met Police misconduct hearings.

According to the force the majority of those convicted during their career would be expelled from the force and added to a list of banned officers to prevent them from joining other forces.

However, last week the Met reeled from a damning interim report from Baroness Casey which found there were several serving officers with criminal convictions, including some received while serving who had not been sacked.

A Met spokeswoman said: “It is important to point out that the figures provided refer to the number of officers and staff convicted of offences only, not the number convicted and currently working in the organisation.

“For example, of the 17 convicted of sexual and misconduct/malfeasance offences, only one individual is still working for the organisation. Those no longer working will in many cases have been dismissed from the organisation as a result of the conviction.

“As we would all expect, the vast majority of our officers and staff uphold the law at all times, both at work and in their personal lives.

“Whenever a serving member of staff is convicted of any offence, the case is thoroughly reviewed and they are also subjected to a misconduct process to determine their ongoing future with the police. The overwhelming majority of those convicted of criminal offences leave the service.”

Without naming any officers Met Police Commissioner Sir Mark Rowley said on LBC last Monday that the misconduct procedure meant convicted officers could not be easily dealt with.

He said: “It’s a bizarre, overregulated system. You can sack people in certain circumstances, and then they can be reimposed on the organisation.

“We’ve got people who have committed serious criminal offences who we’ve sacked and have been re-imposed on the organisation. They wouldn’t even pass vetting.”

Everything you need to know about furlough changes from today