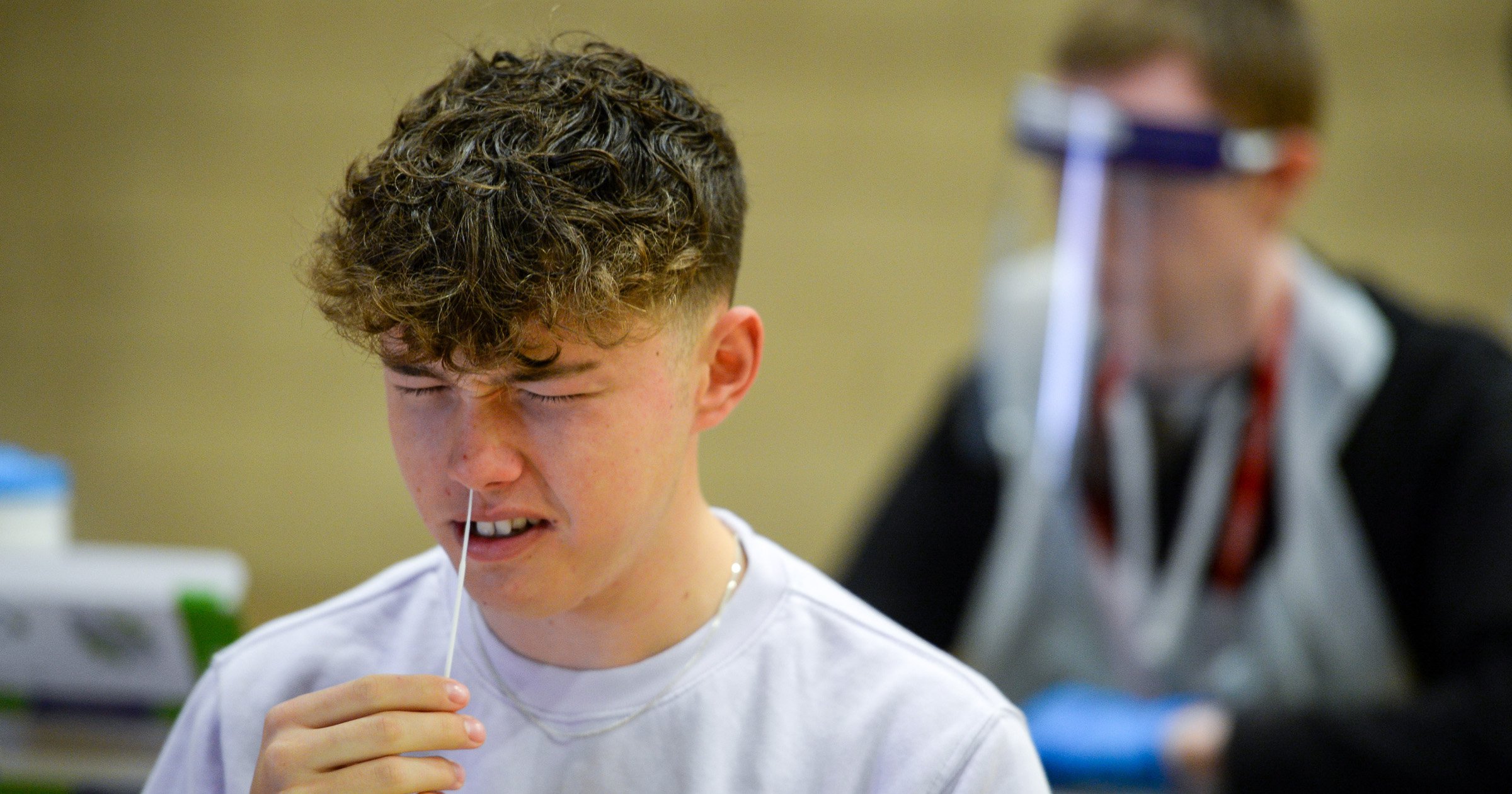 More than 1million people face a lonely Christmas Day in self-isolation as a top scientist warned how the Omicron wave is coming in ‘alarmingly fast’.

Britain is set to be hit by a ‘staggering’ number of cases amid fears the NHS could be overwhelmed next month and Covid hospital admissions could reach 2,000 a day.

The UK recorded 59,610 coronavirus cases yesterday, with a fifth said to be the new coronavirus strain – but the true number could be far higher, The Times reported.

The highly-infectious new variant was today branded ‘probably the most significant threat we’ve had since the start of the pandemic’ by UK Health Security Agency (UKSHA) chief executive, Dr Jenny Harries.

Christmas is now 10 days away – meaning anyone who tests positive from today onwards will have to self-isolate on December 25.

Health Secretary Sajid Javid told the Commons on Monday there were 4,713 confirmed Omicron cases in Britain, with 200,000 daily infections, according to the UKSHA.

Ministers say the rate is doubling every two days – meaning almost 100,000 will be confirmed with Omicron by Christmas Eve, and around 1million will be isolating the following day.

On Tuesday, UKSHA chief medical adviser Dr Susan Hopkins, said if government modelling was correct, restrictions could be necessary for the next four to eight weeks, as she warned of a ‘very difficult’ month ahead.

Giving evidence to the Science and Technology Committee on Tuesday, Dr Hopkins said: ‘We have been studying this virus for three weeks today and in that time period we have shown that in the UK this is growing very fast, with a growth rate initially two to three days and that growth rate seems to be shortening, rather than lengthening, at the moment.

‘If we have a million infections a day, even a very small proportion of those individuals requiring hospitalisation will put a significant impact on healthcare,” Dr Hopkins added.

She urged people to take a lateral flow test before they socialise to reduce the risk of asymptomatic infection being transmitted.

But for the third day running, there are no lateral flow tests available to order on the Government’s website.

The ability to order tests was ‘temporarily suspended to fulfil existing orders’, in the face of ‘exceptionally high demand’, the UKSHA said on Monday.

Graham Medley, professor of infectious disease modelling at the London School of Hygiene and Tropical Medicine, said it was a ‘very real possibility’ hospital admissions could reach 2,000 a day.

Professor Medley told BBC Radio 4’s Today programme on Wednesday morning when quizzed about the likelihood of the NHS being overwhelmed: ‘…that is one of one of the more likely things that could happen.’

Revellers enjoyed the final night of the Christmas party season before restrictions including a Covid pass and face coverings in more indoor spaces were introduced today.

The new rules were approved in Parliament last night – although Prime Minister Boris Johnson was left licking his wounds after a bruising rebellion from around 100 MPs.