The US National Archives has released thousands of documents relating to the assassination of former President John F Kennedy in 1963.

The documents were released yesterday after President Joe Biden issued an executive order authorising the release, although hundreds of other sensitive records are to remain secret for up to another year.

With the publication of some 13,173 files online, the White House has said more than 97% of records in the collection are now publicly available.

Although the release is not expected to include any new bombshells or challenge the view that former marine Lee Harvey Oswald acted alone, the cache will be useful for historians focusing on the events around the assassination.

Many of the documents released in the cache belonged to the CIA, including several that focused on Oswald’s movements and his contacts.

Other documents focus on requests from the Warren Commission investigating the assassination. 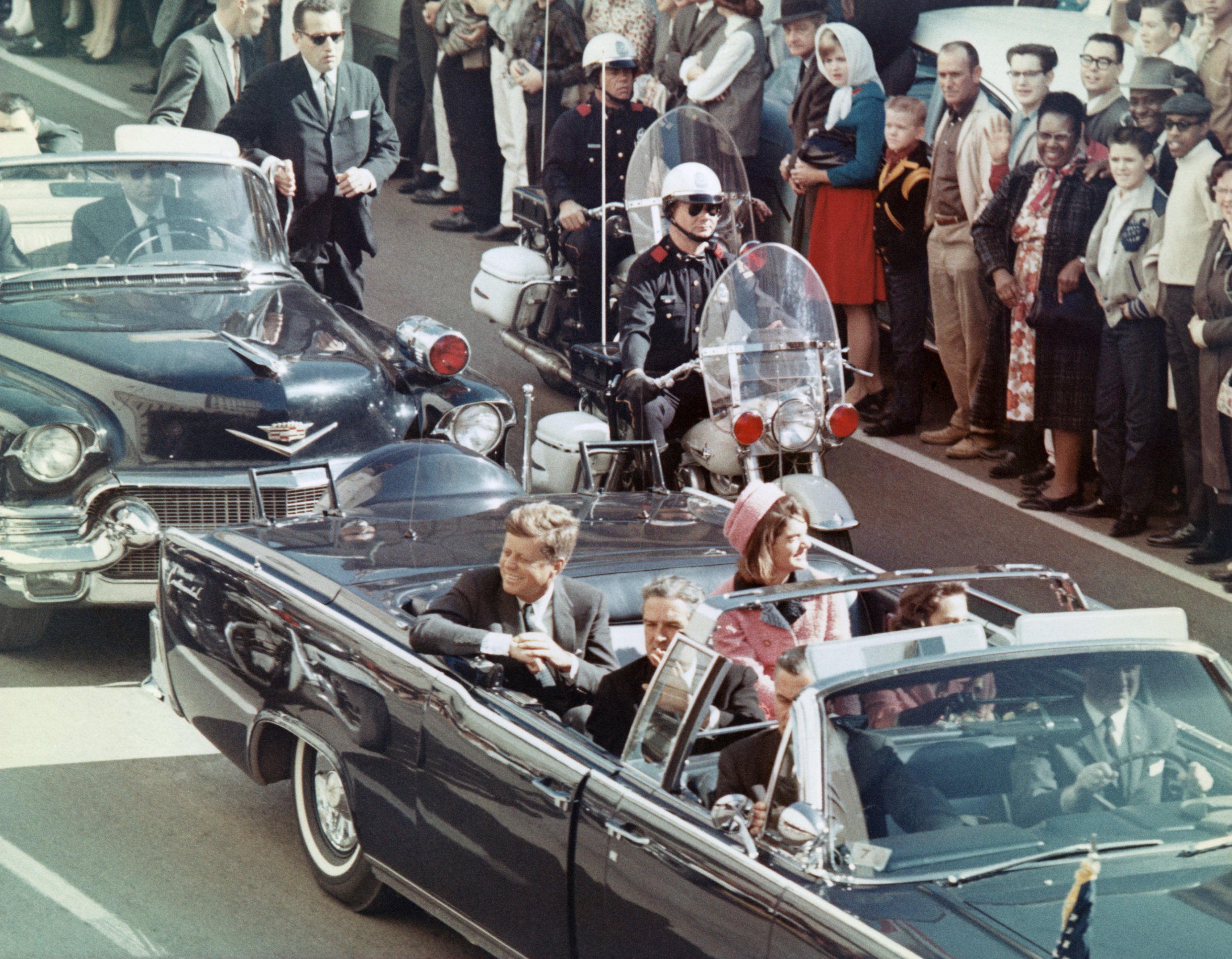 Kennedy was shot and killed while riding in his motorcade through Dallas on November 22, 1963, at the age of 46.

In the years following his death there have been countless books, articles and documentaries exploring the idea that Kennedy’s assassination was the result of an elaborate conspiracy, but there has never been any conclusive proof that Oswald – who was fatally shot by nightclub owner Jack Ruby two days after killing Kennedy – ever worked with anyone else.

Included in yesterday’s cache are a number of CIA documents focusing on Oswald’s movements and contacts throughout the early 60s.

The documents show the US government opened a so-called 201 file on Oswald in December 1960, nearly three years before Kennedy’s murder and after Oswald’s failed defection to the Soviet Union in 1959.

A December 1963 document described how CIA officials in Mexico City ‘intercepted a telephone call’ Oswald made in October from that city to the Soviet Embassy there ‘using his own name’ and speaking ‘broken Russian’.

Oswald was hoping to travel through Cuba on his way to Russia and was seeking a visa, documents show.

There were initial concerns that Ruby, Oswald’s killer, might have had some connection to Oswald.

But a newly released September 1964 memo to the presidential commission investigating the assassination said ‘the Central Intelligence Agency has no indication that Ruby and Lee Harvey Oswald ever knew each other, were associated, or might have been connected in any manner’.

A 1992 ruling by Congress decreed all remaining sealed files pertaining to the investigation into Kennedy’s death should be fully opened to the public through the National Archives in 25 years.

This ruling was partially honoured by the Trump administration, who released thousands of pages on a rolling basis over the course of his presidency.

In a memorandum on Thursday, Biden said that until May 1, 2023, the National Archives and relevant agencies ‘shall jointly review the remaining redactions in the records that had not been publicly disclosed’.

After that review, ‘any information withheld from public disclosure that agencies do not recommend for continued postponement’ will be released by June 30, 2023.

Queen health update: Period of rest ‘helping’ royal get back to full strength