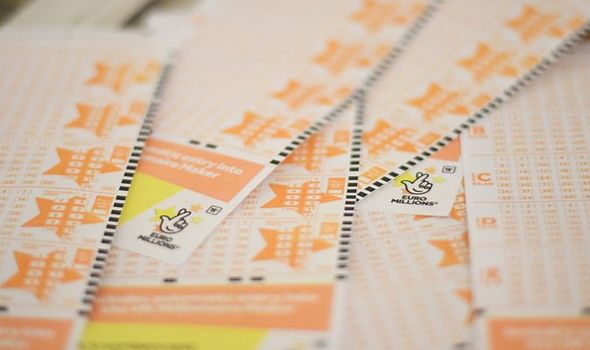 Between April and September, it sold just under £4billion worth of tickets, an increase of £107.3million or 2.7 percent on last year.

This was its best half-year result since its November 1994 launch – and happened despite a fall in the number of Euromillions rollovers during that period.

The total raised from ticket sales for various charities, community projects and other endeavours grew by 6.5 percent, which offset a 59.1 percent decline in what Camelot receives in unclaimed prize money.

Chief executive Nigel Railton said: “The National Lottery continues to be in its best ever shape as it delivers for good causes, players, retailers and the Treasury.”

Camelot said a key factor behind the boom was its largest ever advertising campaign for the Tokyo 2020 Games, which drove home how the National Lottery supports Team GB and Paralympics GB athletes.

Mr Railton added that Camelot’s sales also benefited from the recovery in high streets experienced since pandemic restrictions were lifted, as well as the fact that changes to its Lotto game have received positive feedback.

He noted that his firm is “one of the only major operators in the world to be growing sales of our flagship game”.

“That, paired with a steady retail recovery and our summer-long campaign celebrating the contribution of National Lottery players in helping propel our Olympians and Paralympians to success, all added up to a record first-half performance,” he said.

Some 184 new millionaires were created during Camelot’s first half, with £2,274.5million given in prize money to players, an increase of £30.6million on last year.

The bulk of the growth that the National Lottery recorded came from greater demand for all its draw-based games such as Lotto and Euromillions, which together rose 3.6 percent to £2.23billion.

Scratchcard sales jumped 6.7 percent thanks to the lifting of Covid restrictions and the strong recovery in retail that followed.

This offsets a fall of 8.8 per cent in online and mobile instant win ticket sales, which still grew by £28.6million to £1.7billion.

Gains that Camelot’s online unit made during the pandemic appear to be sticking, after it posted record sales of £1.6 billion. Of that, mobile phones accounted for £1.2billion.

Biden wants a Brexit deal so UK should knuckle down, Irish PM says

Unvaccinated carer sobs after losing job because she won't get jabbed