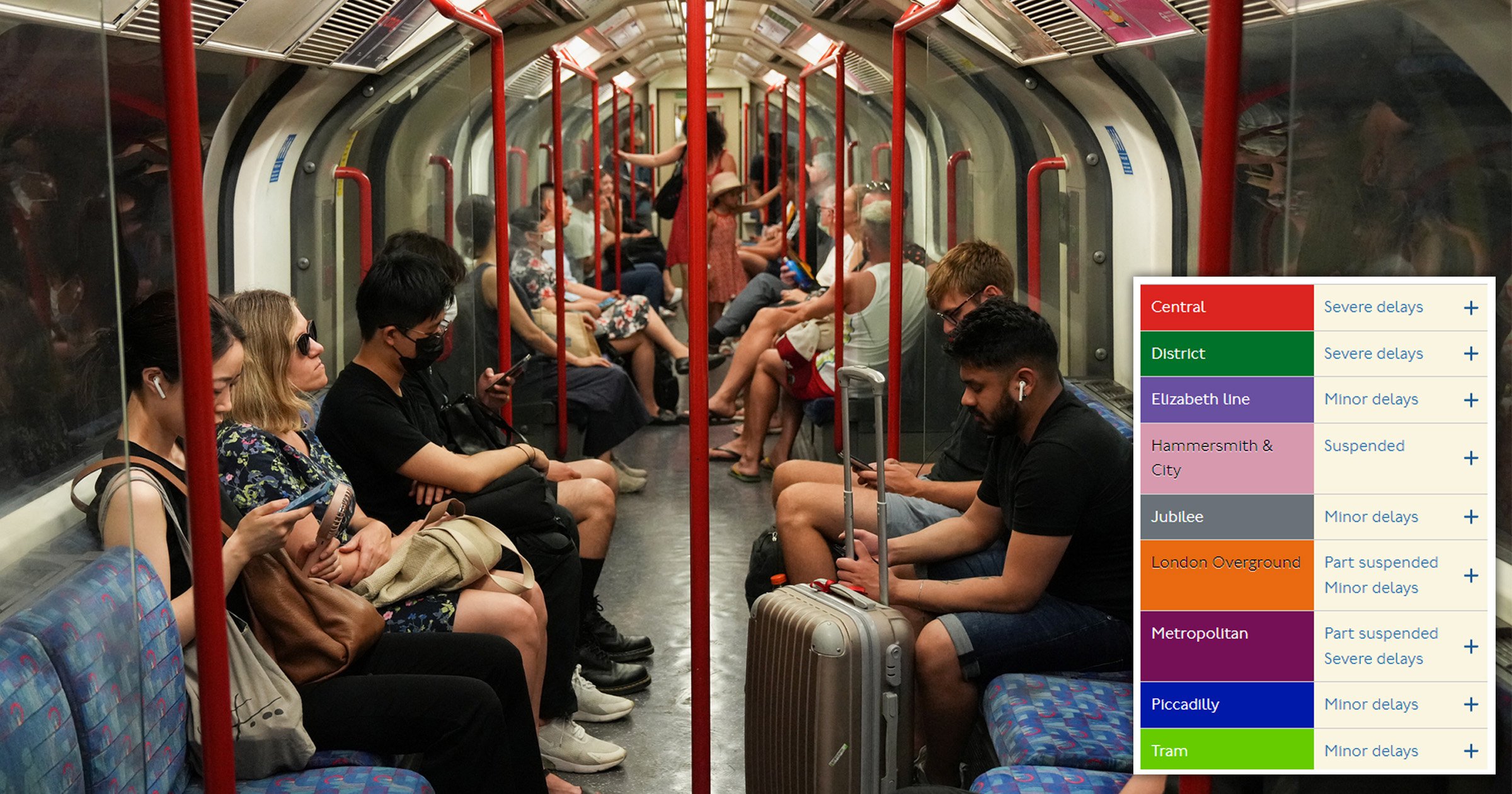 Commuters face another day of chaos on London’s transport network as the UK is gripped by a blistering heatwave.

Already there are ‘severe delays’ on the Central, District and Metropolitan lines, the latter of which has been part suspended.

Meanwhile there is already no service at all on the Hammersmith & City Line due to ‘heat related speed restrictions’.

Transport for London (TfL) has warned tracks could be at risk of bending or buckling due to the unusually hot weather sweeping the capital.

Overhead power lines could also be affected, so to help the system cope, trains will be running more slowly and less frequently on lines that are still open.

TfL has announced minor delays on the London Overground, which has been part suspended due to the heatwave.

Travellers can also expect minor delays on the Elizabeth Line, as well as the Jubilee and Piccadilly lines.

The first ever ‘red warning’ for extreme heat has been issued by the Met Office, with temperatures set to exceed 40°C today and beat the UK’s record.

Last night was the UK’s hottest on record, with temperatures staying above 25°C in some places, including in the capital.

Londoners have been warned to only make essential journeys.

Andy Lord, the chief operating officer of Transport for London said: ‘Due to the exceptionally hot weather that is expected next week, customers should only use London’s transport network for essential journeys.

‘If customers do need to travel, they should check before they travel as we are expecting there to be some impact to Tube and rail services as a result of temporary speed restrictions we will need to introduce to keep everyone safe.’

Anyone who does travel is advised to wear cool clothes, take a handheld fan and ensure you have plenty of water.

‘Don’t have to hurt somebody!’ Insulate Britain activist ‘stamped on’ in latest protest