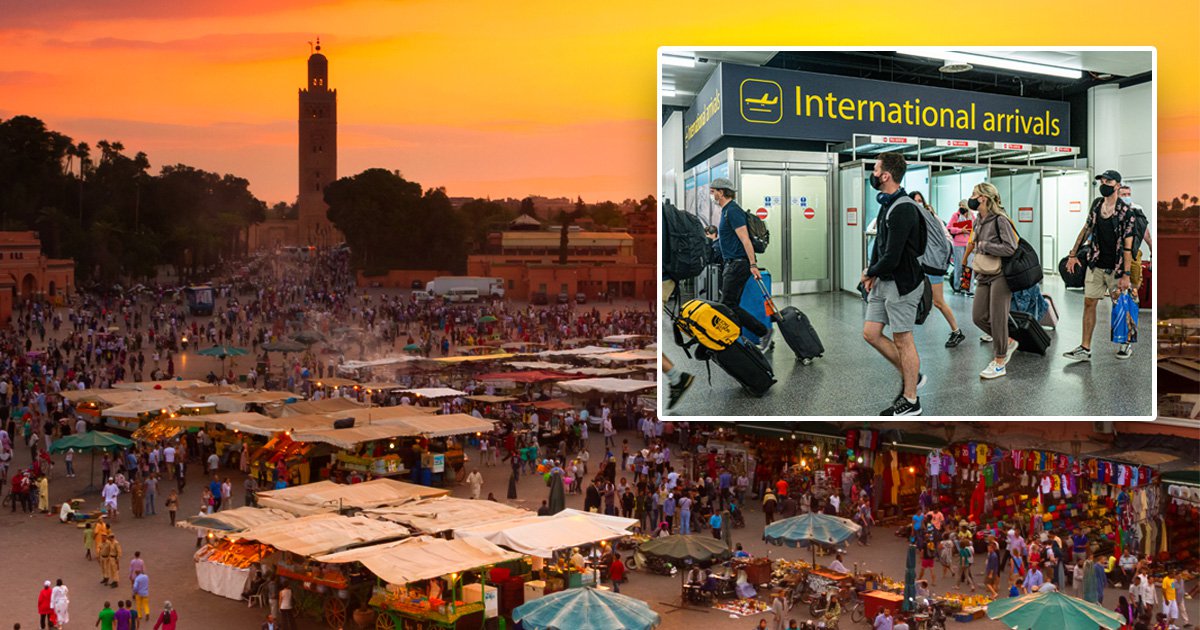 Morocco has today announced a ban on flights to and from the UK as fears grow over the soaring Covid-19 case rates.

Airlines cancelled several flights between the countries on Wednesday ahead of the suspension, which comes into effect at midnight.

The latest figures from the European Centre for Disease Prevention and Control show that the North African nation’s weekly rate of reported coronavirus cases on October 14 stood at just 10.4 per 100,000 people.

The Foreign Office has now updated is travel advice to reflect the ban, calling it a ‘suspension for an unspecified period’.

It is telling travellers: ‘The Moroccan government has announced the suspension for an unspecified period of direct flights between Morocco and the UK (and Germany and the Netherlands) with effect from midnight October 20.

‘Travellers affected by flight cancellations should contact their airline or tour operator for advice on alternative routes via third countries (eg France, Spain) where flights are operating as normal.’

According to the Independent, EasyJet has already cancelled journeys to Marrakesh – one of the key destinations for British travellers – due to the changes in regulation.

‘To support our passengers during this period, unlimited changes of ticket date and destination, free of charge until December 15,2021 to the same or another destination are authorized.’

The flight ban will affect families in England and Wales who booked half-term holidays in Morocco for next week.

Morocco’s National Office of Airports said the policy will remain in place ‘until further notice’.

The country is also banning flights to and from Germany and the Netherlands.