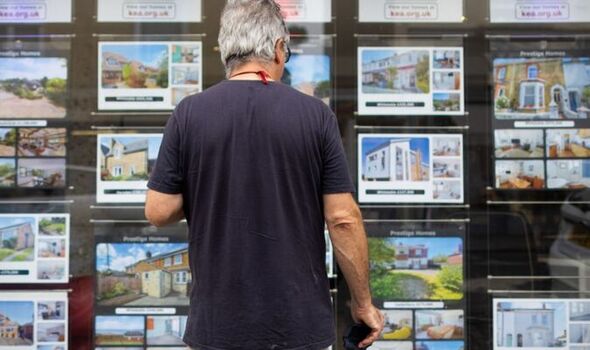 The average five-year fixed-rate is at its highest level since November 2008. Average two and five-year fixed rates breached six percent last week and have continued to climb as lenders price their deals higher amid the economic fallout from the mini-budget.

Amid high inflation, Bank of England base rate rises have also been putting an upwards pressure on borrowing costs.

Last week, Moneyfacts calculated that based on Thursday’s rates someone with a £200,000 mortgage paying it back over 25 years could end up paying around £5,000 per year more for a two-year fixed-rate deal than they would have last December.

The choice of mortgage products continues to widen, although it remains significantly lower than on the day of the mini-budget, when 3,961 products were available.

Some 2,931 mortgage products were available on Tuesday, Moneyfacts said, up from 2,905 on Monday.

Recent rises in mortgage rates, which followed the mini-budget, will have an impact on housing affordability. There has been speculation house prices may fall in the months ahead.

Potential savings some buyers can make as a result of the Government’s recent stamp duty cuts may also be wiped out by higher rates.

READ ABOUT A ‘BRUTAL’ SEAGULL KILLER BEING JAILED

Paula Higgins, Chief Executive at the HomeOwners Alliance said: “Homeowners worried about rising mortgage rates may wish to make their planned move sooner rather than later and take advantage of the stamp duty cuts announced.”

HomeOwners  Alliance analysis suggests prospective sellers hoping to agree a deal by Christmas Day may need to get their home on the market by early November.

Homes took an average of 52 days to sell last year, according to HomeOwners Alliance’s “find an estate agent” service.

A lack of properties to choose from compared with house hunter numbers has helped underpin strong competition in the housing market. The cuts to stamp duty, announced in the mini-budget, may also spur some buyers on.

DON’T MISS:
Body of missing man found on his own roof eight days after he vanished [REPORT]
‘Working public had enough’ Londoners hit back at Just Stop Oil [LATEST]
Mother mows down a complete stranger in Tesco car park after row [REVEALED]

News of rising mortgage rates comes as the Bank of England stepped in with further emergency action for the second day running to head off a “fire sale” of UK Government bonds amid ongoing turmoil in markets triggered by the Chancellor Kwasi Kwarteng’s mini-budget.

The central bank warned the sell-off in the UK Government bond market poses a material risk to UK financial stability after yields on long-dated gilts soared again yesterday (October 10), despite action by the Bank and Government to try to allay investor concerns.

Threadneedle Street said it would now widen the scope of its bond-buying programme to include purchases of index-linked gilts – a type of UK Government bond which tracks inflation.

On Monday, the Bank doubled its daily bond-buying limit to £10billion while Mr Kwarteng brought forward his new fiscal plan and independent economic forecasts to October 31 in an attempt to calm turbulent markets.

The Bank’s latest action helped sharply lower yields on long-dated gilts this morning in welcome relief after 30-year Government bonds yields hit 4.7 percent on Monday – the highest level since the Bank was forced to step in last month to avoid a mini financial market crisis.

But the pound remained under pressure, standing at 1.10 US dollars despite the Bank’s extra measures.

The Bank said: “The beginning of this week has seen a further significant repricing of UK Government debt, particularly index-linked gilts. Dysfunction in this market, and the prospect of self-reinforcing ‘fire sale’ dynamics pose a material risk to UK financial stability.”

It added that its latest efforts will act as a further backstop to restore orderly market conditions.

As Far Right Rises, a Battle Over Security Agencies Grows