Cooler heads say that Mr. Biden skillfully laid the groundwork for what he can, and cannot, reasonably expect to gain from the Kremlin. 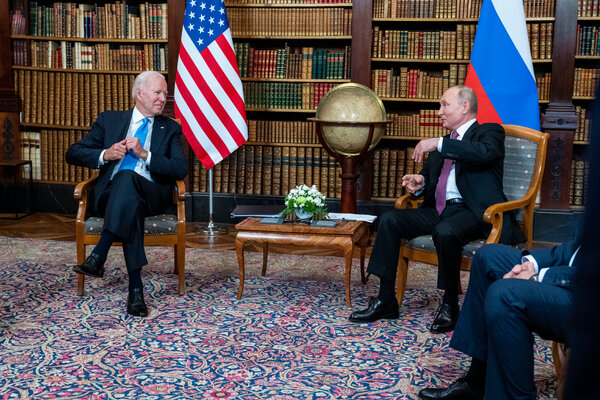 GENEVA — For months, Russia’s state news media have ridiculed President Biden as bumbling, confused and well past his prime. But by Thursday, the mood had shifted: Here was a man in the White House, some said, who understands us, who we can do business with.

On one point there seemed to be broad agreement: Mr. Biden was a new sort of counterpart, more predictable and professional than President Donald J. Trump and more inclined to reckon with Russian interests than other recent predecessors, like President Barack Obama.

“The earlier doctrine, put forward by President Obama, which dismissed Russia as just a regional power, has been rejected,” said Konstantin Remchukov, editor of the influential Nezavisimaya Gazeta newspaper, appearing on state-run Channel One.

It has been revealed, Mr. Remchukov said, that Russia is an indispensable power that the U.S. “needs to talk with” and that Mr. Putin is “no longer demonized” as a pariah.

Mr. Biden’s description of Mr. Putin before the summit as a “worthy adversary” raised eyebrows in Moscow. And in his opening remarks at Wednesday’s summit in an 18th-century villa overlooking Lake Geneva, he pointedly departed from President Obama’s “regional power” remark, saying that Russia and the United States were “two great powers.”

“He is the first post-Cold-War U.S. president who has adequate notions of what Russia is and what it wants, and what the United States can and cannot do about it,” said Kadri Liik, a Russia specialist at the European Council on Foreign Relations in Berlin. “Biden has been positioning himself very skillfully.” 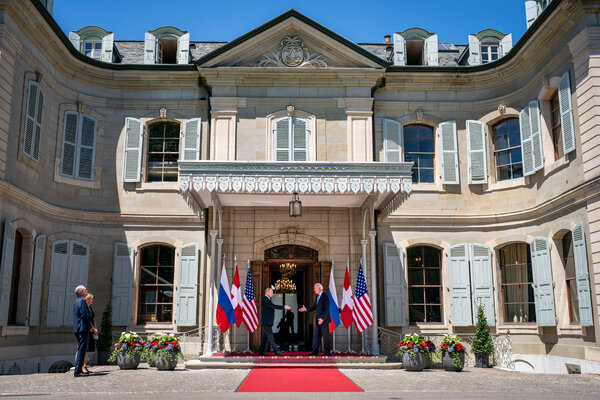 Meeting by video link with university graduates in Moscow on Thursday, Mr. Putin himself defended Mr. Biden against portrayals of him as being out of his depth.

“I want to say that the image of President Biden that our and even the American press paints has nothing to do with reality,” Mr. Putin said. “He’s a professional, and you have to be very careful in working with him to make sure you don’t miss anything. He doesn’t miss anything, I can assure you.”