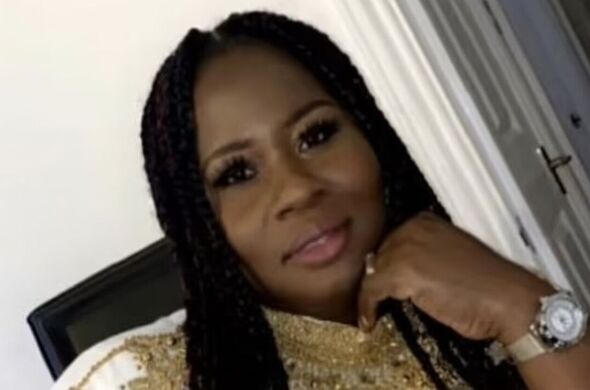 A mother died after enduring a two-hour wait for an ambulance, forcing her two daughters to watch on helplessly as she stopped breathing. Victoria Louisa Maame Yamphet, 40, died at her Dagenham home hours after her 18-year-old daughter called an ambulance due to her deteriorating condition. Maame, as she was known to her family, had come home with the flu on January 8, but she was dead by January 10 after complaining about pain in her ribs and abdomen.

Her daughter Emmanuela, 18, called an ambulance after her mother’s condition caused additional concern.

She had become sick overnight on Monday, January 9, and Emmanuela placed the call at 6.09am on Tuesday, January 10.

Operators initially informed her that assistance was between six and 10 minutes away.

But after waiting 20 minutes, she called back only to find the wait had increased to an hour.

Speaking to the Daily Mail, she told how she informed the operator her mum couldn’t “wait that long” and that she was “in distress” from not knowing what to do.

More than an hour later – at 7.15am – the operator told her a taxi would be dispatched to receive her mother.

Ms Yamphet “just stopped breathing” in front of her and her little sister, aged nine, before the taxi arrived.

Emmanuela rolled her mother into the recovery position and did CPR while calling the ambulance again while “screaming and crying”.

Crews arrived “within a minute” after her desperate call and “did everything they could”.

But it was “a bit too late” because her mother was “left for an hour and 45 minutes to be in pain”.

Ms Yamphet sadly died that morning from what Emmanuela suspects was a cardiac arrest.

Her body remained at their home for the following six hours, and her young sister stayed “crying, shaking her and trying to wake her up” by her side.

Their father, an NHS worker, started “breaking down” when he rushed home from work to discover his partner didn’t make it.

Maame worked as a support worker for 20 years, and Emmanuela feels she was failed when she needed help most.

“My mum was a support worker, she always looked after people, but when it was her turn, she wasn’t taken care of.”

Ms Yamphet’s case of waiting too long for an ambulance is one of several, with ambulance response times currently at their worst on record.

A report from January 12 revealed that emergency patients experienced waits for severe conditions like strokes and heart attacks that exceed 90 minutes.

Emergencies of this nature fall into the emergency category 2, which comes with an 18-minute target.

The average wait time for the most urgent calls – including severe life-threatening illness or injury, has risen to 10 minutes and 57 seconds on a target of seven minutes.

What is double masking? Growing US safety trend being considered in UK