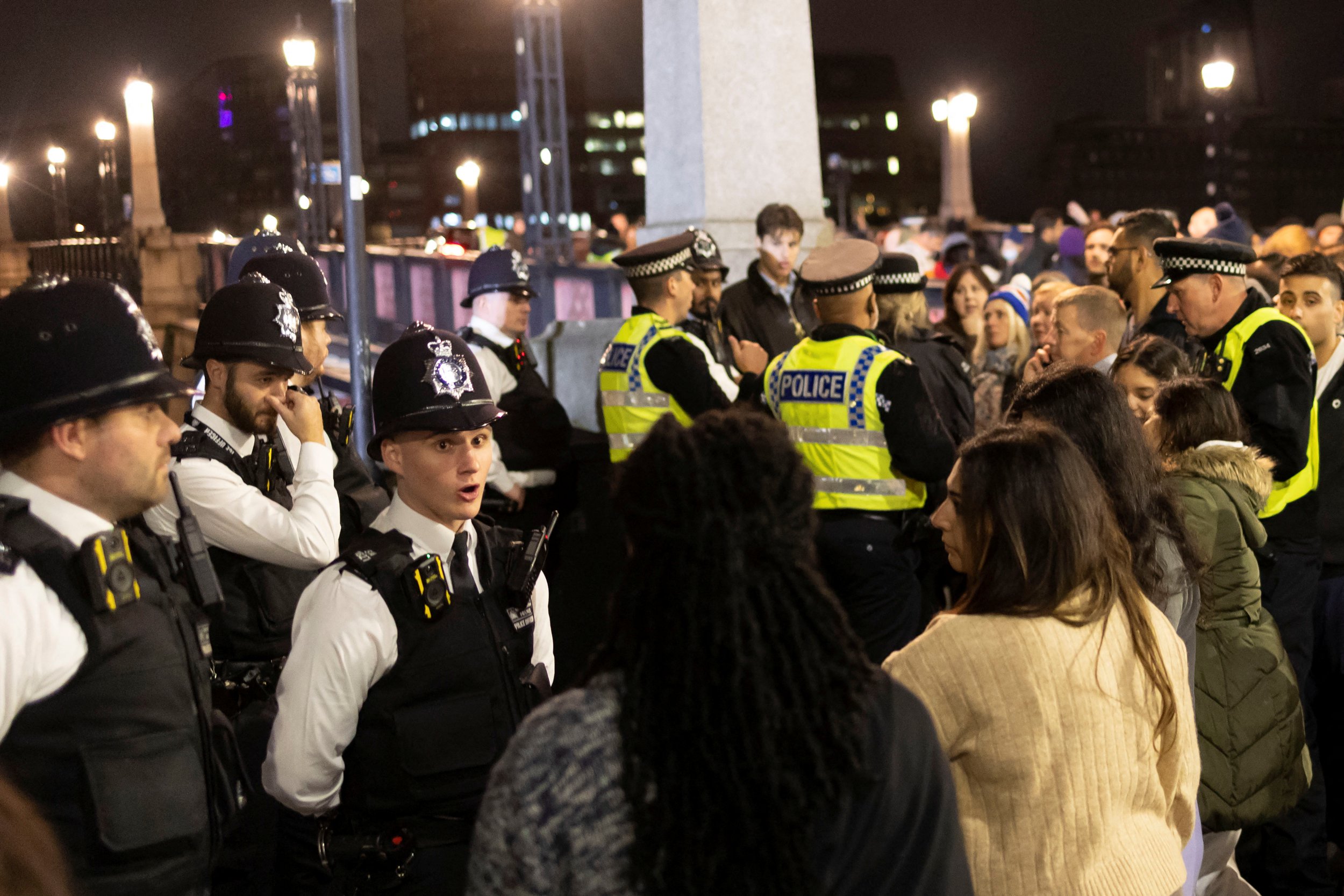 Mourners who spent hours queueing through the night without wristbands were left in tears after being turned away from the Queen’s lying in state.

Dozens were stopped from advancing any closer to Westminster Hall by police at the entrance to Victoria Tower Gardens next to Lambeth Bridge.

The final mourner to pay their respects filed past Her Majesty’s coffin at 6.30am today.

Chrissy Heerey, a serving member of the RAF from Melton Mowbray, said: ‘I was the last person to pay my respects to the Queen and it felt like a real privilege to do that.

‘It’s one of the highlights of my life and I feel very privileged to be here.’

But many other mourners complained to police that they had been ‘lied to’ earlier in the night about the chances of being able to get into Westminster Hall.

Albert, who joined the queue without a wristband at 10pm last night, was one of the mourners who was not allowed into Westminster.

He said the Government’s official live feed was not kept up-to-date with information that no further wristbands would be distributed.

‘The communication has been terrible,’ he said, after having queued in central London for over six hours.

He added: ‘There were loads of people who joined the official queue based on the website, but never received wristbands.

‘And in the queue they didn’t give us any information – just to be disrespectful to us when we got here (Lambeth Bridge) in the end.’

The Queen’s coffin has been in Westminster Hall since Thursday, with thousands of people queuing up to see her for a final goodbye.

Around 750,000 people were estimated to have lined up to visit the Queen over the last four days.

The queue to file past the Queen has epitomised British culture since she was carried to Westminster from Buckingham Palace.

We have seen everything from love stories, to surprise visits from Royals, to guest appearances from A-list celebrities and Hollywood actresses.

The Queue was even given its own weather forecast earlier in the week.

Throughout the Queen’s lying in state, there were a number of emotional tributes from her family.

On Friday and Saturday night she was surrounded by her children and grandchildren including King Charles, Prince William and Prince Harry as they stood in a vigil around her coffin.

Mourners were turned away just before 6.30am today ahead of the Queen’s funeral.

Yesterday at around 11am people were urged not to set off and join the queue, ahead of it being closed.

In a tweet, the Department for Digital, Culture, Media and Sport wrote: ‘The queue to attend Her Majesty The Queen’s Lying-in-State is at final capacity and is now closed to new entrants.

‘Please do not attempt to join the queue.’

Among royal well-wishers who lined up to visit the Queen was former England captain and football legend David Beckham.

Meanwhile Good Morning Britain presenters Holly Willoughby and Philip Schofield received a backlash after they were accused of ‘skipping’ the line.

The first person to visit the Queen lying in state was Vanessa Nathakumaran, 56, from Harrow, who showed up at 12pm last Tuesday.

She said at the time: ‘I really really want to be part of it.

‘I don’t want to miss it in case… they said they are probably going to control the crowds if [the queue] gets too long.’