Crowds began assembling outside the Queen’s official London residence since shortly after the Palace announced she was under “medical supervision” by her physicians. As the BBC broke the news of Her Majesty’s death on September 9, 2022, hundreds of mourners joined in a spontaneous tribute to the life of the UK’s longest-serving monarch. And the crowd also signalled their support for the new king, Charles III, as they broke out into a rendition of God Save the King outside of the new sovereign’s home.

The crowd was visibly stunned, with some of the mourners spotted shedding some tears as they became overcome by the news.

In his first act as monarch, King Charles issued a statement paying tribute to his “beloved mother”, noting her loss will be “deeply felt” by many across the nation.

He said: “The death of my beloved Mother, Her Majesty The Queen, is a moment of the greatest sadness for me and all members of my family,” the new king, her eldest son Charles, said.

“We mourn profoundly the passing of a cherished Sovereign and a much-loved mother. I know her loss will be deeply felt throughout the country, the Realms and the Commonwealth, and by countless people around the world.”

The death of my beloved Mother, Her Majesty The Queen, is a moment of the greatest sadness for me and all members of my family,” the new king, her eldest son Charles, said.

“We mourn profoundly the passing of a cherished Sovereign and a much-loved mother. I know her loss will be deeply felt throughout the country, the Realms and the Commonwealth, and by countless people around the world,” the 73-year-old said in a statement. [ News that the queen’s health was deteriorating emerged shortly after midday on Thursday when her doctors said she was under medical supervision, prompting her family to rush to Scotland to be by her side. 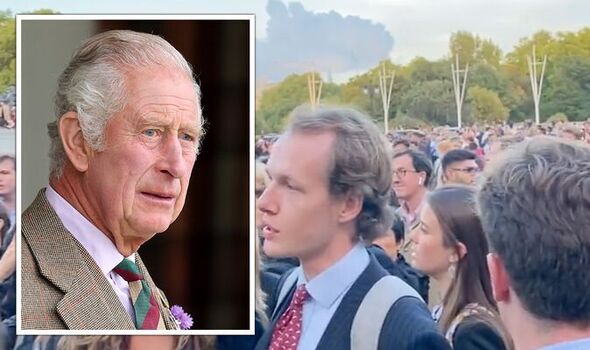 Buckingham Palace said King Charles III and his wife Camilla, the Queen Consort would remain at Balmoral Castle before returning to London on Friday, when he is expected to address the nation.

On Elizabeth’s death, Charles automatically became monarch of the United Kingdom and the head of state of 14 other realms including Australia, Canada and New Zealand.

Tributes have been pouring in from across the Commonwealth and beyond, with world leaders celebrating the Queen’s legacy across 70 years on the throne.

US President Joe Biden and First Lady Jill Biden said: “In a world of constant change, she was a steadying presence and a source of comfort and pride for generations of Britons, including many who have never known their country without her,” they said in a statement.

“Her legacy will loom large in the pages of British history, and in the story of our world.”

Indian Prime Minister Narendra Modi added: “Her Majesty Queen Elizabeth II will be remembered as a stalwart of our times. She provided inspiring leadership to her nation and people.

“She personified dignity and decency in public life. Pained by her demise. My thoughts are with her family and people of UK in this sad hour.”

And Canadian Prime Minister Justin Trudeau said: “It was with the heaviest of hearts that we learned of the passing of Canada’s longest-reigning Sovereign, Her Majesty Queen Elizabeth II.

“She was a constant presence in our lives and her service to Canadians will forever remain an important part of our country’s history.”

Prime Minister Liz Truss, to whom Queen Elizabeth asked to lead the Government only on Tuesday, led tributes to “the rock” of the nation.

Ms Truss said: “We are all devastated by the news we have just heard from Balmoral.

“The death of Her Majesty the Queen is a huge shock to the nation and to the world.

“Queen Elizabeth II was the rock on which modern Britain was built. Our country has grown and flourished under her reign.