Queen: Mourner's touching comment for why she is queuing

Two mourners from Perthshire said that despite they would continue to stay in line to pay respect to Queen. The mourners said they were undeterred by the prospect of the long line that stretched all around the park leading to St Giles’ Cathedral as they emphasised “the Queen gave us 70 years, we can afford to give her a few hours of our time”. The comments came as figures showed that over 26,000 people have so far entered St Giles’ Cathedral to see the late monarch’s coffin.

“It’s been revised down from 15 hours, so that’s good news!

“We were thinking of maybe two or three, but we’re here and we’ll stay until the bitter end.”

They stressed: “The Queen gave us 70 years, I think we can afford to give her a few hours of our time.” 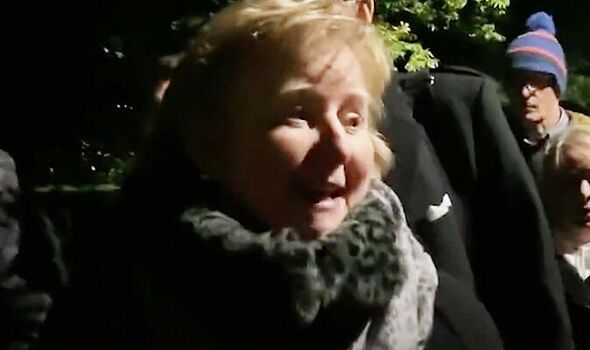 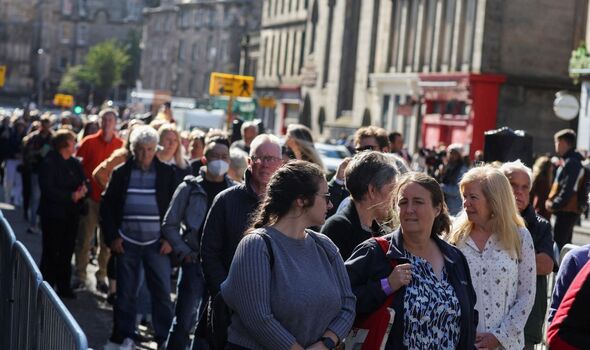 Another mourner told Ms Botting: “We have enormous regard for the Queen and I can’t think of anybody else that I hold in higher respect, to be honest.”

She said: “The bagpipes are playing here to try to occupy some of these people who’ve decided to queue overnight to try and get to St Giles’ Cathedral to see Her Majesty the Queen.

She explained: “It snakes all around this park in Edinburgh, there are banks of toilets as well for those people who are queueing for hours.

Queen: Mourner's touching comment for why she is queuing 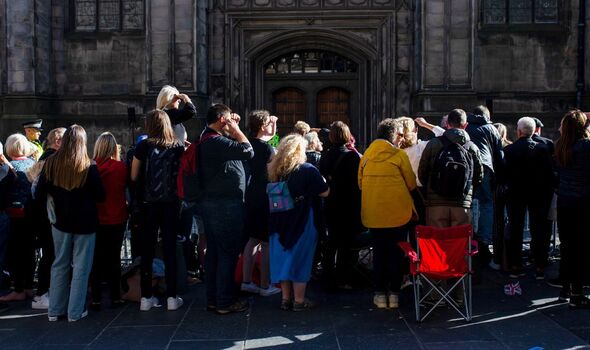 “Everybody, their woolly hats on, their coats on, they know this is an overnight experience”.

Thousands of people from all over the country have queued throughout the night to see the Queen’s coffin at St Giles’ Cathedral in Edinburgh.

Mourners had begun queueing around a park leading to the cathedral on Monday evening, in an attempt to pay their tribute to the late Queen.

The Scottish government has said that so far more than 26,000 people have so far entreated St Giles’ Cathedral to see the late monarch’s coffin. 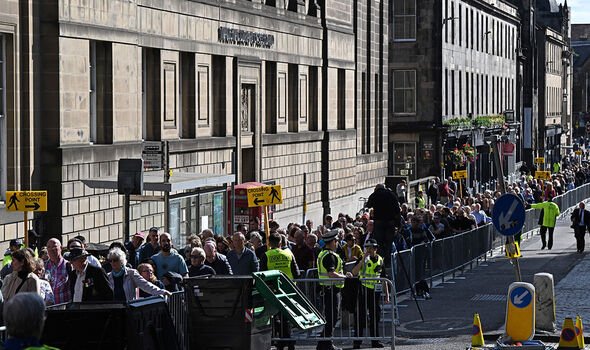 As the Queen’s coffin is now expected to make its journey from Edinburgh to Buckingham Palace, people in the queue have been told that the line to pay respect to the late monarch is now closed.

In a Twitter post, the Scottish Government wrote on Tuesday at 1:16pm: “The queue has now closed. Please do not attempt to join the queue.

“Over 26,000 people have already had a chance to pay their last respects.

“We are doing everything we can to ensure that those currently in the queue can do so before 3pm, when the Lying at Rest will end”.

Mourners will be able to pay their tribute to the Queen in Westminster Hall, where the monarch’s coffin will be transported from Buckingham Palace in a procession that will take place tomorrow, 14 September.

The Queen’s coffin, now in Edinburgh, will travel from Scotland by Royal Air Force aircraft and will arrive at RAT Northolt later this evening.

In Westminster Hall, the Queen will lie-in-state until the morning of the State Funeral on Monday, 19 September.

READ NEXT:
Thug floored by teen who turned out to be world martial arts champion
Woman hit with huge fine after neighbour savaged by dog
Putin’s forces realised they had just ‘hours’ to escape Ukraine
Furious Putin sacks top general after 16 days
Russian pilot surrenders and crashes his own jet

Man arrested after woman stabbed to death in Newmarket, Suffolk

Affairs, exiles and beheadings: The reigns of King Charles I and II