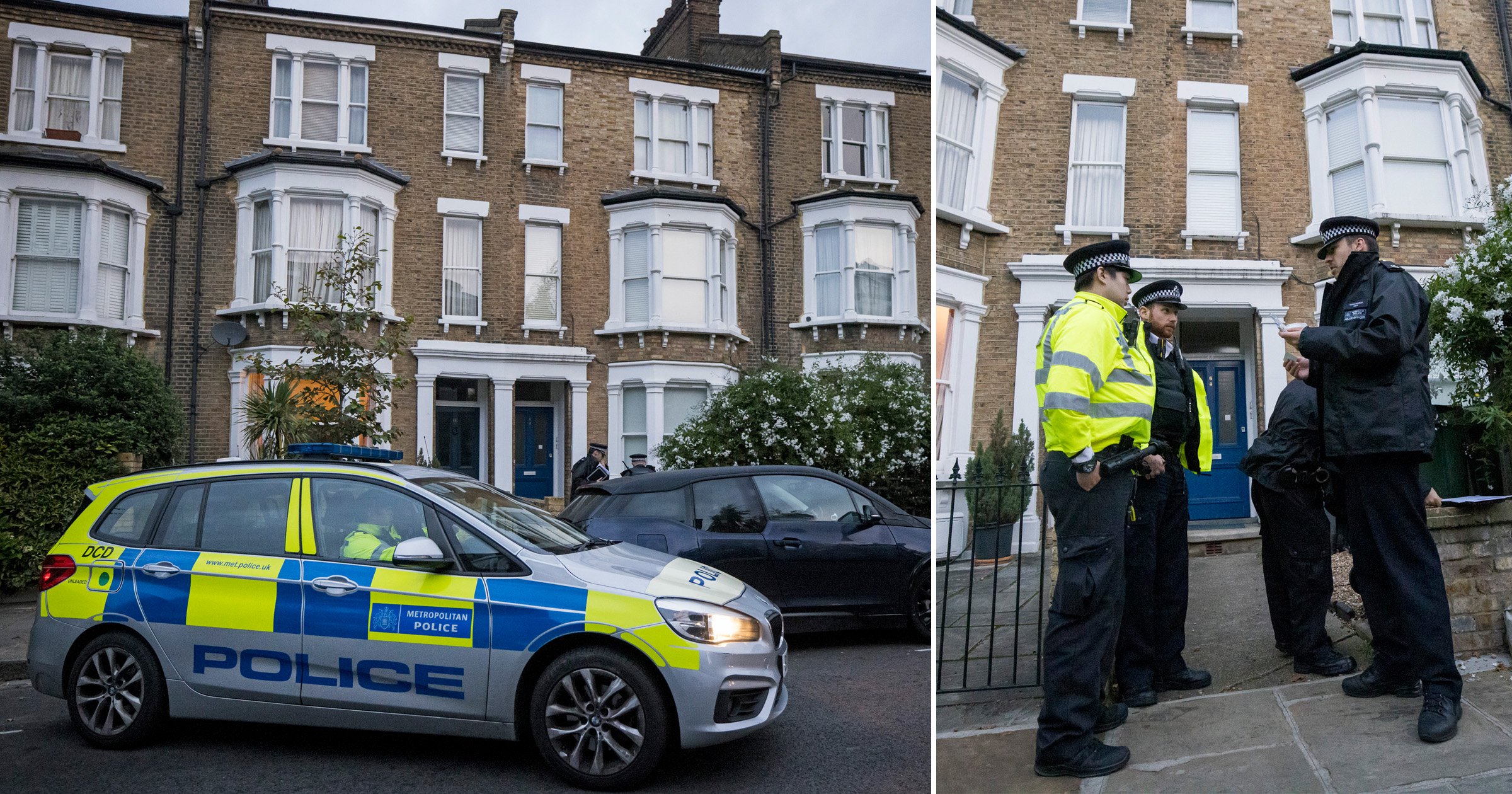 Police have raided the £2 million home of Sir David Amess’ suspected killer, on a north London street close to a number of local celebrities.

It is one of various three-storey townhouses on the road, with neighbours including the broadcaster Giles Coren and late actor Roger Lloyd Pack, who played Trigger in Only Fools And Horses, The Sun reported.

Labour leader Sir Keir Starmer is the local MP and lives streets away.

The Kentish Town property was one of three addresses being searched this weekend by police, with the newspaper reporting that it is the home of suspect Ali Harbi Ali, 25.

The British national, of Somali heritage, was arrested following the stabbing at a constituency surgery in Essex on Friday – while a knife used in the attack was found at the scene.

Police have categorised the incident in Leigh-on-Sea as terrorism and been given extra time to quiz him under terror laws.

In a statement, the Metropolitan Police explained: ‘On Saturday, 16 October, detectives were granted a warrant of further detention at Westminster Magistrates’ Court, allowing them to keep the man in custody until Friday, 22 October, when the warrant expires.

‘As part of the fast-paced investigation, officers have attended three addresses in the London area and conducted searches. One of these searches has concluded and the others are ongoing.’

The force added that a post mortem examination took place on Saturday.

The father of the suspected killer says he has been left ‘traumatised’ by the incident.

Harbi Ali Kullane, a former adviser to the prime minister of Somalia, confirmed that his British-born son was in custody.

‘I’m feeling very traumatised’, the Sunday Times reported that he said from his sister’s home in north London.

Mr Kullane added: ‘It’s not something that I expected or even dreamt of.’