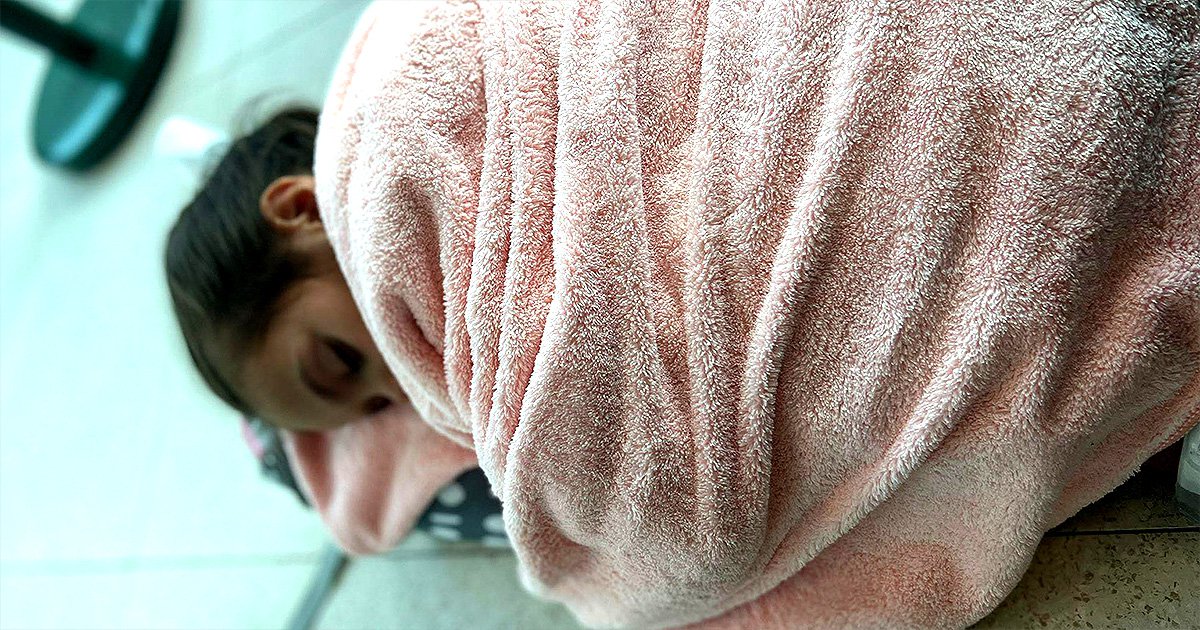 A mother has revealed her baby and five-year-old child were ‘left to sleep like dogs on the floor’ of an airport in Portugal after Ryanair cancelled their flight.

Kelly Kavanagh, 39, from Liverpool, never imagined her family holiday to Lisbon would end in such disarray.

They were supposed to fly back to Manchester Airport on Tuesday night but their flight was pulled with no communication from the airline.

Kelly claims Ryanair ‘acted like they didn’t care’ and people had to figure out what was happening themselves.

‘I was just left to get through the airport carrying a baby, a five-year-old and a car seat,’ she said.

‘The treatment we were getting just felt so wrong – like there wasn’t a sympathetic bone in their body. It felt like Ryanair were trying to avoid helping as much as possible.

‘We were then left to sleep on the airport floor like dogs with no food or water, nothing to sterilise my baby’s bottles and no communication.

‘It was a good thing I brought extra diapers and baby formula with me. You think as I had a newborn baby there would be an offer of help.’

The family already experienced similar problems at Manchester Airport on their way to Portugal, but were put in a hotel until their next flight.

This time, the family were forced to wait 12 hours until the next departure at the airport, which was also delayed.

Kelly said her five-year-old was ‘exhausted’ after sleeping on the floor and later had a ‘panic attack’ on the plane home because of the stress.

‘It just made me feel sick to my stomach to see people sleeping on the floor like that with so little offers of help,’ the mum added.

‘There was no communication, no announcements, no information. It’s something I never want to go through again.’

Ahead of the Platinum Jubilee four-day Bank Holiday weekend, some 155 flights were cancelled, ruining people’s plans.

Ryanair apologised to customers, adding that accommodation in Lisbon was offered.

But due to limited availability, some remained at the airport and were provided with food and drink vouchers.

A statement said: ‘This flight from Lisbon to Manchester was delayed ahead of take-off as the inbound flight was delayed, causing the crew to reach their permitted daily flight hours and prohibiting them to fly back to Manchester that night.

‘Affected customers were notified of the delay via email and received subsequent updates via the Ryanair app.

‘This flight departed the following morning (June 1) at 9.30am. Ryanair sincerely apologised to all customers affected by this delay.’