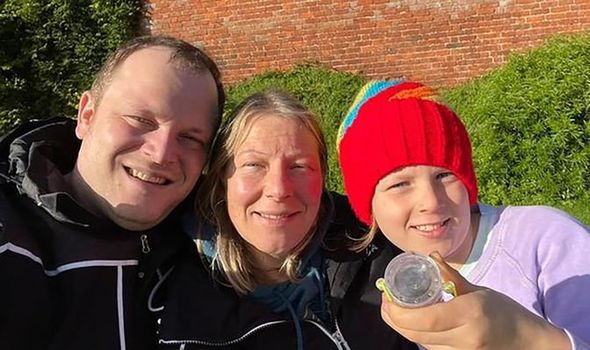 Beloved wife and mum Alison Clark and two men died in the crash on Monday evening on the A63 near Melton, East Yorkshire. Another man remains in a critical condition in hospital. Witnesses said a white BMW had been driving down the dual-carriageway on the wrong side of the road before collided with Alison’s grey Peugeot.

The BMW 1 Series erupted into a fireball within seconds, reports Hull Live.

Gioele Barresi, a delivery driver, saw the horror unfold as he drove his van down the A63. He said he was overtaken by the BMW moments before the impact.

“When I reached the A63 entrance, I saw this white car going at full speed off the first roundabout the wrong way,” the delivery driver said.

“I was going about 60 (mph) with the van and he passed me on the other side like I was slow. Maybe 10 seconds from that he hit the other car.

“I saw one car that went over the barrier in the field, like the car was flipped. Another car was on fire.

“There were parts of cars all over the road, it looked like there were other cars involved but I couldn’t see because the area was covered in smoke.”

Passersby desperately tried to help people in the cars involved.

But Humberside Police confirmed three people were pronounced dead at the scene.

A force spokesman said: “Emergency services attended and a woman and two men were sadly pronounced dead. A third man was taken to hospital with life-threatening injuries, where he currently remains in a critical condition.

“Specially trained officers have been assigned to offer support to individuals involved and their families at this difficult time.

“Investigations are underway into the circumstances surrounding the collision and we would ask witnesses or anyone with dashcam footage from driving in the area at the time to contact us on 101 quoting log 497 of November 22.”

Police kept both carriageways closed overnight, with a tent erected at the scene.

Alison, 43, was described as “a beautiful and caring person”.

Her devastated husband Rob, from Elloughton, East Yorkshire, said: “Alison was a beautiful and caring person who I am incredibly proud of, and that is the part of her I want everyone to remember.

“Losing Alison has left a hole in many people’s hearts and we are all sad today.”

Rob, 40, who shares daughter Emily with Alison, added: “It is like having your heart ripped out. I can’t comprehend it. I keep expecting her to walk through the door. I feel a tremendous sense of loss.

“I feel incredibly, incredibly sad about losing her and about the idea of Emily growing up without her mum. She was such a wonderful woman and mother.

“She would look out for her interests in everything. She would help her pursue her dreams.

“She was a warrior when it came to looking after people’s interests, including our daughter’s.

“For me to grow old without my wife is upsetting. I wanted to go on every adventure in the world with her.”