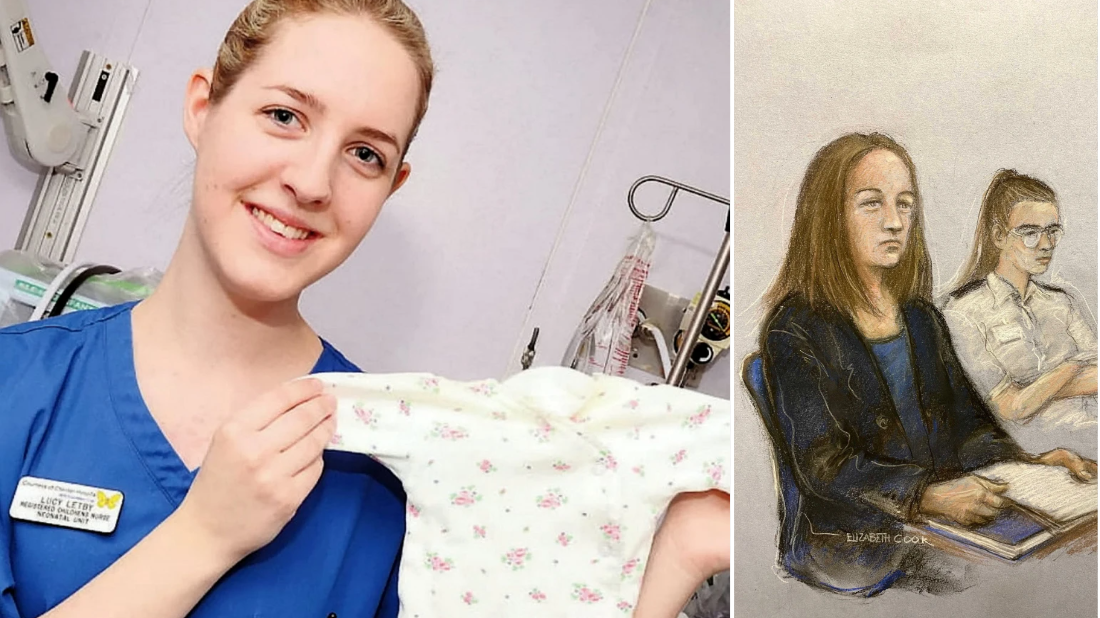 A mum pleaded with medics trying to resuscitate her son ‘not to let her baby die’, after he was ‘injected with excess air’ by Lucy Letby, a court heard.

Letby, 32, is accused of murdering seven babies and attempting to murder 10 others while working in the neo-natal unit of the Countess of Chester Hospital, during the 12 months leading up to June 2016.

Manchester Crown Court was on Monday told about Letby’s first two alleged victims – twins named only as Child A and Child B.

Prosecutors say Letby injected an excess amount of air into the bloodstream of Child A before trying to do the same to his sister the night after they were born.

The twins’ parents were watching TV in a side room when a nurse came in and said: ‘You need to come quick.’

The mum, who has not been named for legal reasons, said: ‘All I can remember is being wheeled into a room and it felt like hundreds of people were standing over his cot and trying to resuscitate him.

‘A nurse asked if I was religious and if I wanted them to say a prayer.’

When the family was told the boy would suffer from brain damage and other complications if he survived, his grandma told his parents: ‘You need to let him go’.

But his mum insisted: ‘No, carry on.’

Child A’s dad also said ‘something along the lines of “We have to let him go, he is not there anymore”.’

Eventually, the mum ‘simply nodded her head’ to indicate the doctors could stop chest compressions.

The parents told the court: ‘One of the things that upset me the most is that I never had the opportunity to hold my son when he was alive.’

Letby, originally from Hereford, denies all the offences alleged against her.