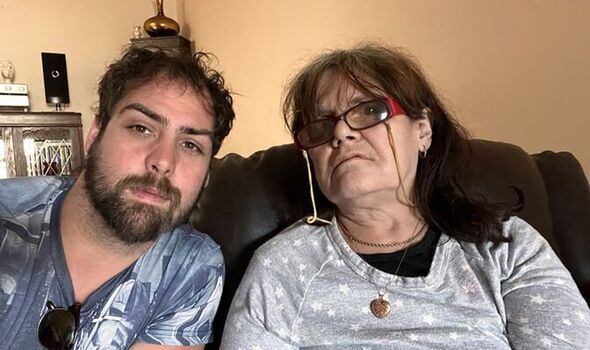 Christine Thomas, 58, is in remission from cancer and suffers from asthma, emphysema, cardiovascular disease and severe mobility issues, but no companies have agreed to pick up the care package. The grandmother, from Swansea, south Wales, is completely isolated and too scared to leave the house due to the unhygienic and lonely conditions in which she’s living.

Her son Robert, who has been trying for months to organise personal care, said: “She’s just breaking down all the time and she can’t get out. At least with the carers before she moved, she was seeing different faces twice a day.”

Since Miss Thomas moved house, the company that provided her at-home care couldn’t cater for her at the new address, so her family reapplied for care through Swansea Council’s social services department.

But none as yet has secured the arrangement.

Robert continued: “She has a long list of ill health and needs. She can’t manage her own personal care and can’t bend down. Mum got in a rut in the old place because she didn’t have anywhere to go and it was really difficult because she became socially isolated. With this move we were hoping she could start living again because it feels like her life has just come to a stop.

“[The council] have just said that unfortunately it’s gone out to brokerage and they’ve done all they can do. My mum hasn’t even got an allocated social worker at the moment, which she did in the beginning. 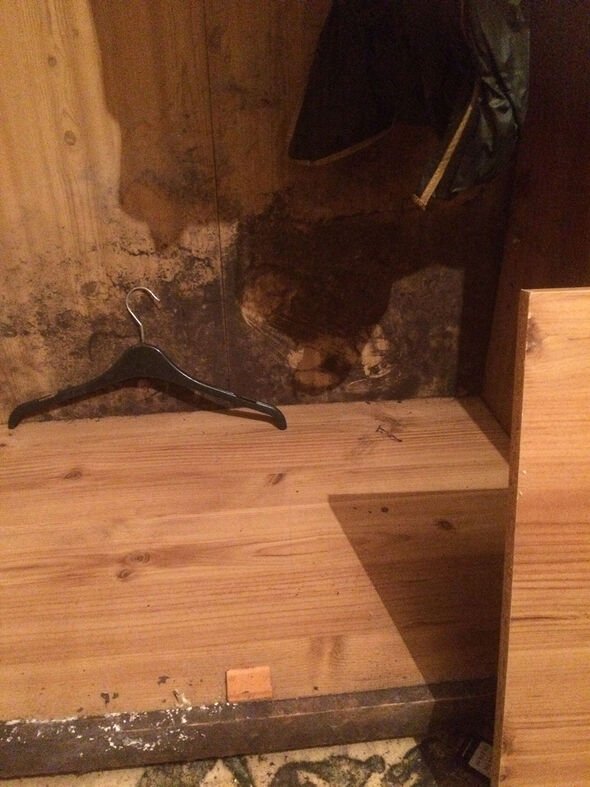 Swansea Council, controlled by Labour, said the care sector in the authority is “under extreme pressure” and it is working on what they can offer the family as a temporary measure until the car package is picked up by a private provider.

Robert’s sister Samantha helps with Miss Thomas’ care where she can, but she struggles to get there often enough as she has two children and lives several miles away without a car. Robert said: “She has been trying to help, like she helped her shower last week, but before that she went two weeks without one because my sister couldn’t get there.

“My sister works in a nursing home and said visiting my mum, it smelled like the nursing home – like, infected. You can imagine how bad her personal hygiene is.”

Robert said he’s also tried to help, but he works from 7:30am to 9pm and his mum is in bed by the time he gets there – and that despite him offering time and time again, his mum won’t accept personal hygiene care from her own son.

Miss Thomas had to move into her current flat in part due to mobility and other personal issues, including the new flat being on the ground floor. But Robert says the move was also essential because her old flat was riddled with mould and damp, which was only making her health conditions worse and causing chest infections. 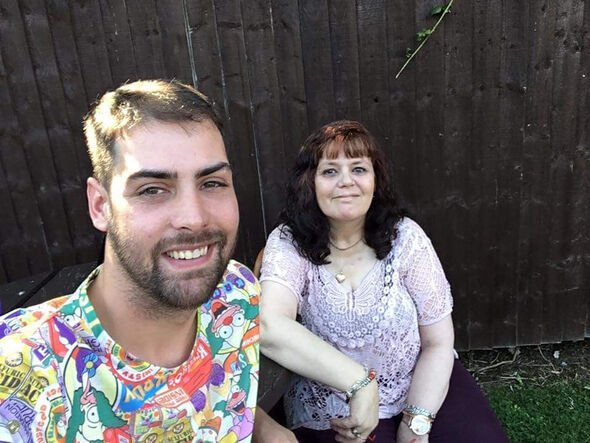 When Miss Thomas moved, her family say all her bedroom furniture and many of her clothes had to be thrown away. Her new flat by the harbour in Swansea is in a better location for her, but the long wait for at-home care has destroyed her independence.

The family have been given the option of Miss Thomas going into a residential placement until a care package can be found but Robert was clear: “My mum didn’t want to do that. She’s 58, she doesn’t want to go into a care home.

“She sees it as: once she’s in there, that’s it and she’ll be stuck in there for a long time. I’m with her on that – the reason she moved is to keep as much independence as possible and going into a residential setting that would be a massive step back for her.”

Despite the desperate situation she has found herself in, Robert said his mum has “always been fiercely independent”. He said: “My mum was always quite a reserved person but she was always there for us when we were growing up.

She’s always been fiercely independent and very, very stubborn as well. She’s been a warrior all her life and she’s had to be, with the things that have happened. A lot of people wouldn’t have got through it. She’s been like our mother and our best friend all rolled into one.

“She’s had so much independence taken from her already, for someone who’s been independent and never needed anybody else. She always prided herself on her appearance as well. When I was younger I’d be going into town with her and the builders would be wolf-whistling at her and everything. She always presented herself well and this person she is now is not the person who she was when we were growing up.”

Robert hopes that telling his mum’s story will bring attention to the difficulties there are within the care system. He said: “Obviously it’s a difficult situation and I’m gonna do what I can for my mum. I told the senior social worker that it’s nothing personal to him – it’s the system and lack of resources but ultimately it’s not good enough.

“I’m worried if she were to get an infection she wouldn’t handle that, and that could end up leading to her having to go back into hospital. It’s really scary that my mum has been left for 12 weeks without care, basically. It puts a lot of pressure on the family. To hear my mum on the phone to me crying… that’s really really difficult to hear.”

A spokesperson for Swansea Council said: “The care sector is currently under extreme pressure and local authorities like Swansea are working closely with care providers at a very challenging time. We are sorry for Mr Conipane’s mother’s situation and we are doing all we can to support the family to find the personal care she needs as quickly as possible, including actively promoting the request with independent care providers.

“We are also looking at what more we can offer her as a temporary measure while a new package is organised. We will also be offering Mr Conipane and his mother the option of a new assessment for a social care package which will help in the future.”

A representative for Coastal Housing said: “We are pleased to have been able to facilitate a transfer for this resident to another Coastal property in SA1. This transfer was requested citing access difficulties with their existing home, rather than for any issues with damp and mould.

“Having looked at customer contact regarding repairs back to 2018, no damp or mould has been reported. The property was very thoroughly cleaned and redecorated upon transfer but no damp works were necessary or completed prior to re-letting.

“We have received no repair requests from the new tenant in relation to damp or mould. Having looked at the photos supplied, these seem to show the effects of condensation inside cupboards, where moisture in the air is unable to escape through open windows or other ventilation and settles on dust, eventually forming mould.

“This is typically seen in homes that are not heated or aired sufficiently and where air cannot circulate freely around a room or cupboard space.

“As we approach autumn and winter, we are aware that high energy costs may lead to more people keeping windows closed and heating turned off, which could lead to more homes experiencing lifestyle condensation. We will be increasing the advice we provide to residents in relation to this issue as well as signposting to help with the cost of living crisis.”