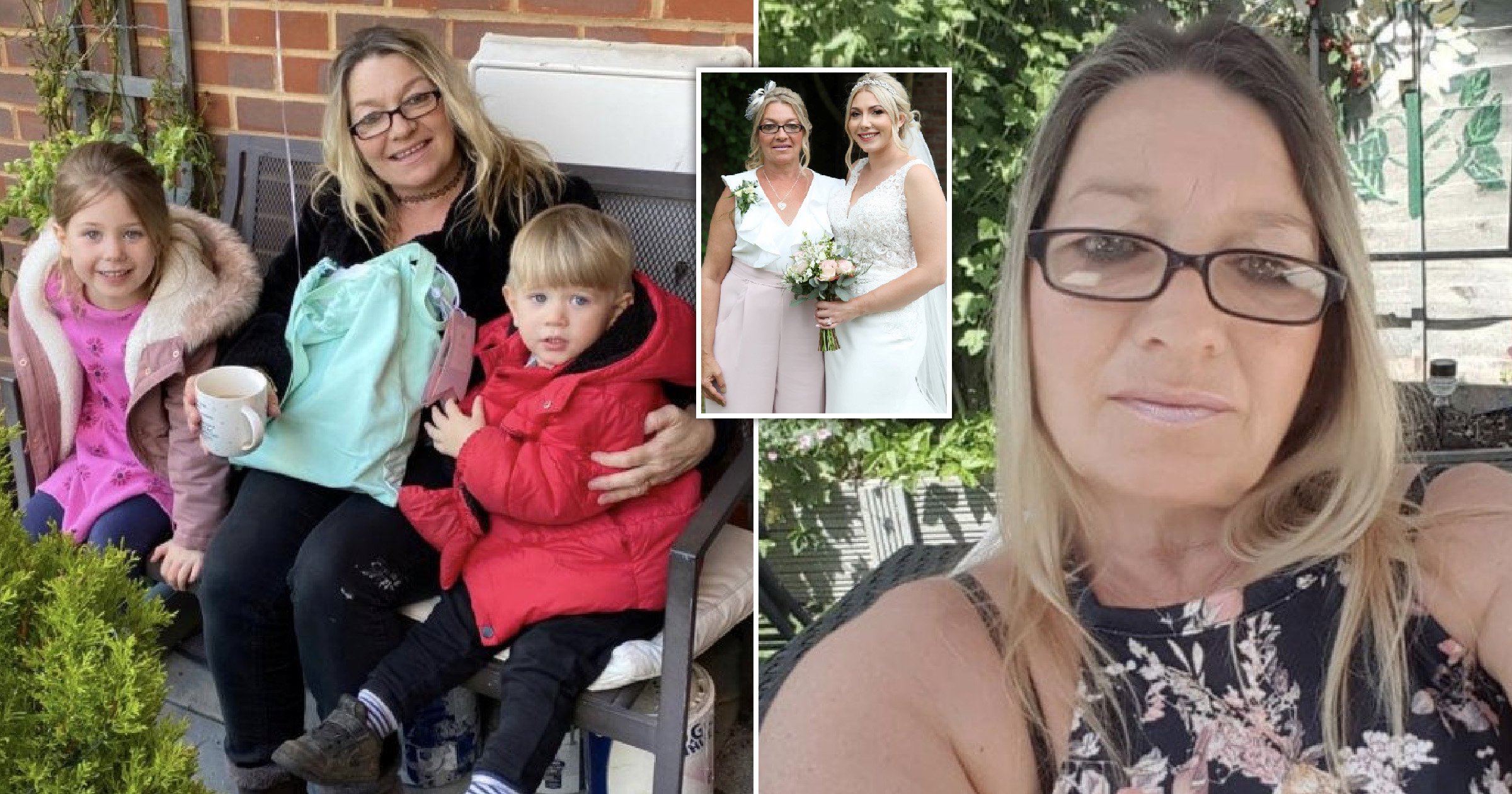 A grieving family has been left ‘devastated’ after finding out a device which could have saved their mum’s life after she went into cardiac arrest was only two minutes away, an inquest heard.

Sharon Beales, 56, suddenly fell desperately ill while watching a film with relatives at home in Kintbury, near Newbury, Berkshire, late on January 18 this year.

Her husband Laurence, 65, called out for two of their sons who rushed downstairs to find their mother grey and cold, the hearing was told.

One carried out CPR for 11 minutes while the other phoned 999.

Mrs Beale’s family say the operator asked if there was an ‘AED’ – automated external defibrillator – nearby, but none of them knew what it meant so they replied they didn’t think so.

Tragically, one of the machines – which can shock the heart back into its normal rhythm – was located in an old phone box 160 yards away.

The mum-of-six was rushed to Royal Berkshire Hospital where she was induced into a coma before life support was withdrawn the following day.

At the inquest, it was claimed the delay during that period of confusion may have contributed to the gran’s death.

Her Yasmin Maskell, 28, said: ‘It’s crazy – the term AED didn’t mean anything to my brother. In his shock and while giving CPR to our mum, he thought she was asking about explosives, IEDs.

‘They should use the word defibrillator, that’s how we all refer to them – and the coroner agreed.

‘It’s a problem with the NHS system too, she needed to press a button to see where the defibrillator was but she didn’t know to do that.

‘And she shouldn’t need to know – the system should just flag up if there’s a defibrillator nearby. The coroner said that too.

‘That poor girl will be feeling awful, but she shouldn’t have to. There was a gap in the system and shouldn’t be.

‘I would urge everyone to make yourselves aware of the location of defibrillators and how to use them.’

Ms Maskell claims her mum would have got a defibrillator shock in four minutes if the family had been told about the local machine.

Instead, she ended up waiting 14 minutes to be shocked by paramedics – a crucial period of time.

Dr Matthew Frise, a doctor in the intensive care unit at Royal Berkshire Hospital, told the inquest that an earlier intervention could have been lifesaving.

He said, ‘the key intervention in that situation is defibrillation’, the Newbury Weekly News reports, adding that ‘it reduces the amount of time the patient spends without oxygenated blood getting to the brain’.

The doctor went on: ‘Had a defibrillator been provided several minutes sooner it would have offered a better chance of survival.’

He added that it was impossible to know for sure whether the outcome would have been changed.

Coroner Heidi Connor asked the South Central Ambulance Service (SCAS) to investigate the situation and have a full report by October 31.

Mrs Beale’s husband Laurence said: ‘We are all heartbroken. Sharon was always a giver, working 15-hour shifts and she’s donated her organs.

‘This is such a sudden and painful loss, and could have turned out differently. The defibrillator was just around the corner: if only we’d known.’

SCAS said: ‘We would like to express our sincere condolences to Ms Beales’ family for their loss.

‘The call taker managed many of the aspects of the call well, including providing essential CPR instructions.

‘However, they did not advise the family to access their nearest community defibrillator.

‘Although the coroner stated this was unlikely to have changed the very sad outcome, providing callers with advice regarding community defibrillators is something we expect our call handlers to do, if they are available.

‘Whilst this advice was not given in this case, it must be remembered that a call taker needs to provide instructions regarding basic life support (CPR), gather information regarding the patient’s location, so that an ambulance can be dispatched and deliver advice regarding the location of a community defibrillator, all in the first few seconds of the call, which is a challenge.

‘Following Ms Beales’ sad death, we are undertaking a review to ensure any learning is identified and implemented to prevent a similar occurrence from happening again.

‘This review includes engaging with NHS Digital regarding the advice presented to call takers during the call.

‘Details of this review and its findings will be reported back to the coroner at the end of this month. The family will receive a copy of this correspondence.

‘Importantly, we are also extensively supporting national campaigns to raise awareness of the importance of public knowledge of defibrillator locations including promotion of Defib Finder, a website created by the British Heart Foundation in collaboration with SCAS which uses data from national defibrillator network “The Circuit” to help people find information about their nearest defibrillators.’

Mrs Beales’s cause of death was recorded as hypoxic brain injury caused by cardiac ventricular arrhythmia.