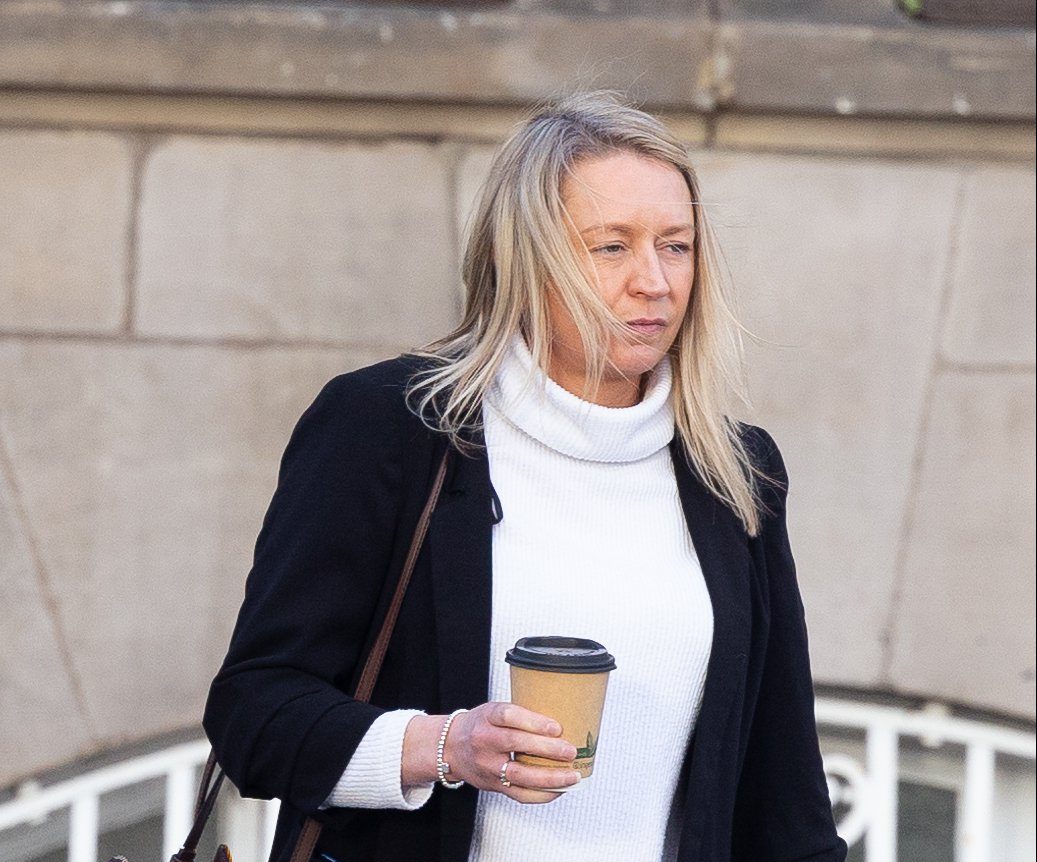 A mum who drove her child and one of their friends back home after a ladies’ ‘liquid lunch’ is now facing prison.

Rhian Hughes, 41, had been drinking wine at a daytime function when she agreed to pick up the two children, aged five and nine, in her Audi 4×4 on July 9 last year.

Prosecutors said she swerved around the road with them both in the car, and tailgated another vehicle that turned out to be driven by an off-duty special constable.

When other officers were called, Hughes, of Winsford in Cheshire, was said to become argumentative before a test showed she had 224 milligrams of alcohol in 100ml of blood in her system.

The legal limit in blood is 80mg in England, Wales and Northern Ireland.

At Crewe Magistrates Court, Hughes admitted drink driving, driving without insurance and being drunk and disorderly.

When she is sentenced at a later date, she could face up to six months in jail.

Prosecutor Leanne Gallagher said: ‘An off-duty special constable said that as he was driving his vehicle he was tailgated by the driver of an Audi Q3 was also swerving over the road behind him.

‘He stopped his car and got out to confront the driver and saw that she was heavily intoxicated. She also had two children in the back of the vehicle.

‘Officers were called and arrived. They stated that the defendant was slurring her words, she was unsteady of her feet, her eyes were glazed, and she smelt of alcohol.’

Hughes’ solicitor Leslie Barnett said her client was feeling ‘extremely tired’ behind the wheel, and was ‘upset’ when the off-duty officer approached her.

She continued: ‘It was an extremely hot day. She was asking if she could leave the car running with the air conditioning on for the children but she was told she couldn’t.

‘The children got out of the car in the sunlight. Again, she asked if they could be taken into the shade. She was angry.

The court heard Hughes had a previous conviction from 2019, when she was fined for being in charge of a vehicle with excess alcohol.

She was handed an interim driving ban while a report is prepared ahead of her sentencing.

Chairman of the bench Annie Walford said: ‘The bench feels it needs to know more about you and this offence before you are sentenced.

‘The best way to do this is by the probation service doing a report.’

‘Nothing is their fault!’ Palace insider breaks cover to expose royal rage at Sussexes