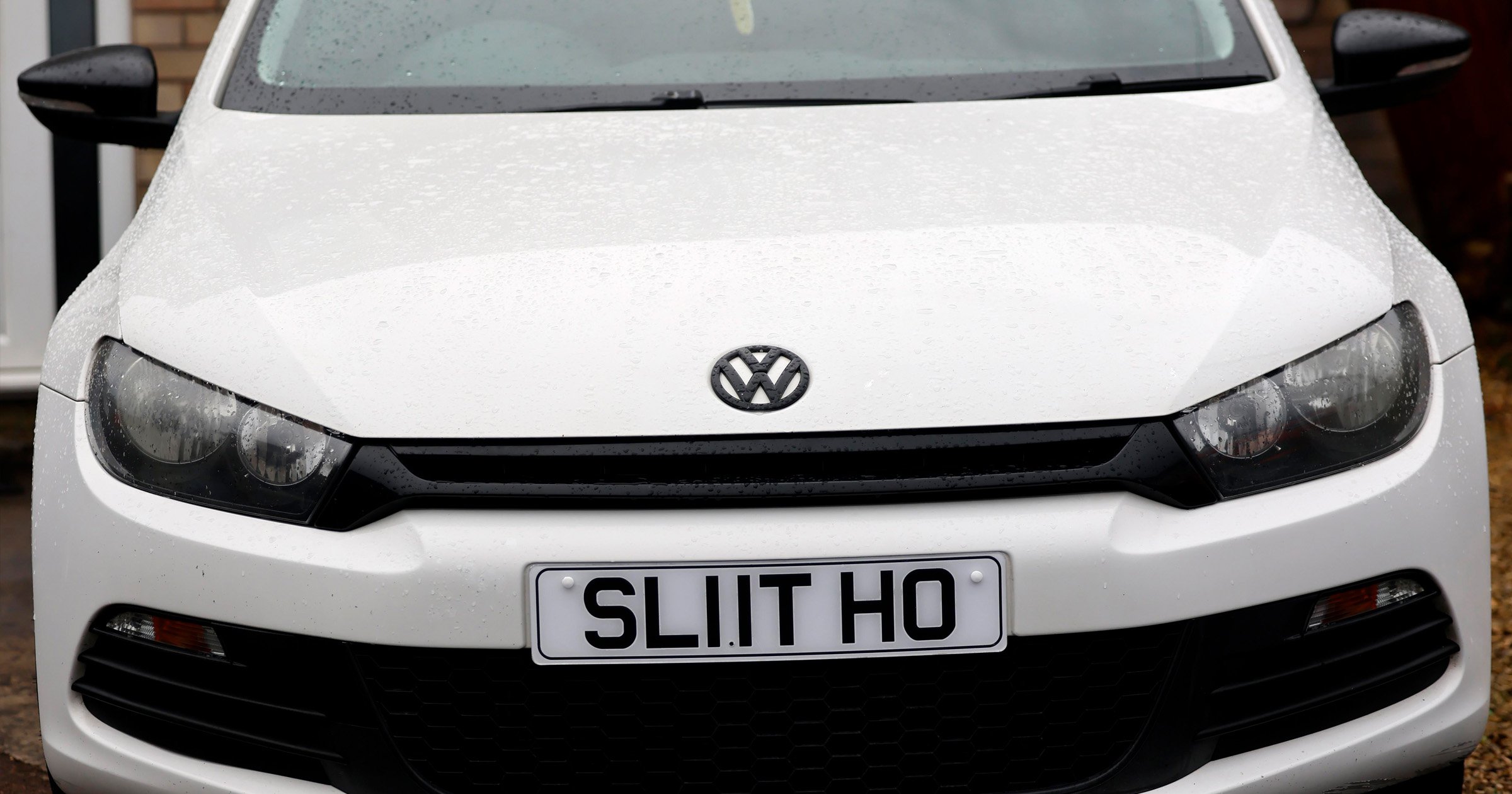 A mum who bought custom number plates displaying the words ‘SLUT HO’ to make people smile has been fined hundreds of pounds after being dragged to court over the ‘offensive’ message.

Toni Brand, 47, from Tredegar in Blaenau Gwent, south east Wales, was inspired to get them after chuckling at the sight of a wedding car with ‘TART’ on the plates.

Following the devastating loss of her son Ricky, who left behind a baby son after taking his own life at the age of just 21, she felt life is too short to not do what makes you happy.

So she went on the DVLA website and started ‘messing about, typing in loads of different things’ until she spotted that ‘SL11 THO’ was available.

Nearly £600 later, all it took was an extra screw in between the ‘11’ on each side to have the desired effect.

Toni said the garage staff who fitted the plates had a ‘giggle’ when she made the request.

She went on: ‘I’ve had it since around last Christmas. Everyone has been smiling and beeping at me.

‘My kids wave out the window. I’ll be driving along and people will go, “I love your number plate”.

‘One woman said her daughter can’t wait to see it on the school run each day.’

However, the joke backfired when Toni was pulled over in March and forced to remove the plates.

She recalled of the stop: ‘The plate was normal to me at that point. I’m at the side of the road panicking because I’ve never been in trouble before. I pay my bills and do as I’m told.

‘He gave me a screwdriver and made me undo the screws at the front and back, which was hard to do.

‘It was grown men who put the screws in, not me. I was struggling and crying. I said to the officer, “Can you help me?” And he was like, “no”.

‘I’m on my bum, my feet are under the car, I’m staring at his big black boots next to me. I’m crying my eyes out. He waited there for 40 minutes for me to finish.’

On July 25, she was found guilty of breaching vehicle regulations with the message, which the police officer described in his report as ‘offensive’.

Toni was given a £220 fine and made to pay a £34 victim services surcharge along with £90 in prosecution costs.

But she says she never even knew the hearing was taking place and only found out she’d been fined through press reports of the case.

She understands a new hearing is set to be scheduled by November.

‘I am going to hold my hands up and say I did buy the plate, but I want to have my voice heard,’ the mum said.

‘I have a right to go to court and that right was taken from me.’

Reflecting on the loss of her son, she said she still feels ‘raw’, but said: ‘It’s taught my family so much — to be strong, to live life, to smile and say hello to people, to spread cheer.

‘And that’s why I bought the plate. It brought me joy every time I walked out the front door. Life is short and I’m not going to die unhappy.’

Since Ricky’s death, Toni has done a series of charity walks on routes such as Pen y Fan to raise money for men’s mental health causes.

‘I want to spread the message that it’s OK to feel like c**p but people are here for you. When you’re down, come to us and we’ll be there for you.’

Swarms of flies from steelworks plague residents in Cardiff

‘What a RACKET!’ What royal fans reveal of Meghan and Harry’s sprawling Frogmore estate