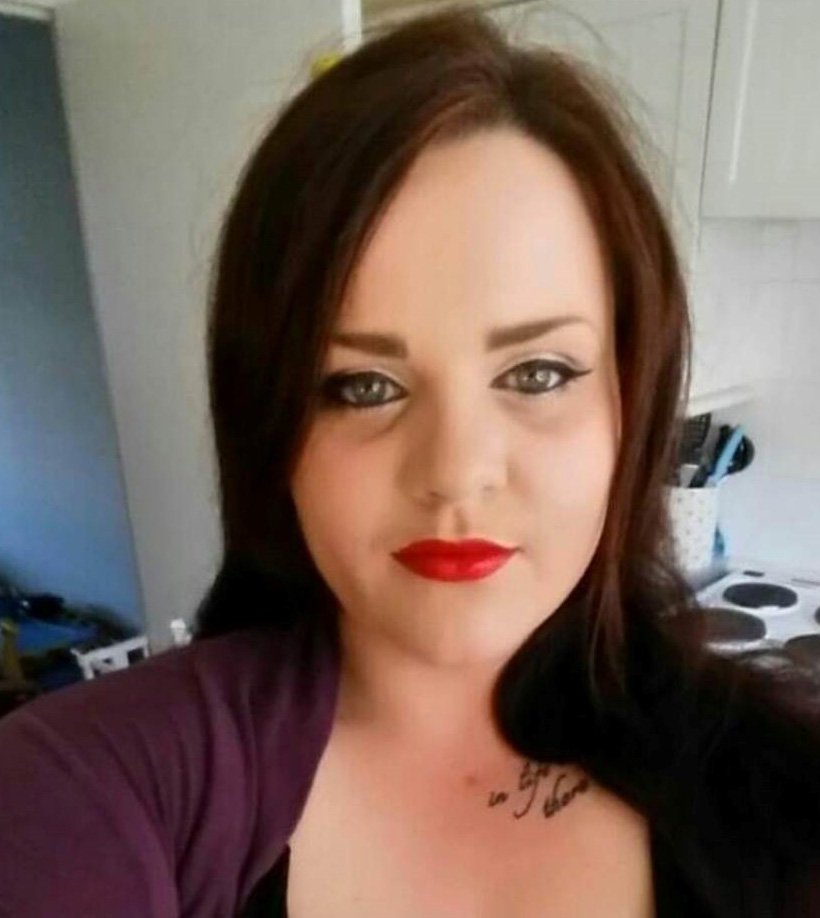 A single mum was found dead at her home after her online gaming friends noticed she hadn’t logged in for over two days.

Lauren Black, 36, was an avid player of mobile game Evony: The Kings Return, and when she didn’t respond to a friend’s in-game message for more than 48 hours they began to grow concerned.

Gamer Eyal Elhadad, 51 and from Israel, says he contacted Scottish police after suspecting something was wrong with his friend – known as VAL online.

Shortly afterwards, the mum-of-two’s body was discovered at her home in Renfrew by her dog walker last Tuesday.

Her death is currently being treated as ‘unexplained’ by police.

‘It will be a happy new year for both of us,’ she told Eyal, shortly before she stopped responding.

‘And whatever happens, we have each other.’

Eyal then responded two days later asking if she was okay.

When he didn’t receive a reply, he then wrote: ‘Val please answer me.’

‘Lauren and I have spoken every day for the last four years, so for her not to answer my messages or log onto the game was very worrying to me and other online family members,’ he said.

‘It was very out of character for Lauren. We exchanged messages on New Year’s Day and then there was no further communication.

‘After not being able to get in contact for almost two days I had no choice but to call the police in Scotland and also her dog walker.

‘I pleaded with them to check on her as we were all so worried. I just wanted to know she was okay.’

Her mum Iris Black, who lives in Northern Ireland, said: ‘I am beyond devastated by what has happened.

‘Our family are just so glad we were able to spend Christmas with Lauren.

‘Her health has been in decline for a while now and we think it might be as a result of long covid.

‘The full details of what happened have yet to be made clear to us.’

Lauren’s uncle Ivan, who is helping to look after her twin sons, said: ‘I am in disbelief at what has happened to be honest. It’s so hard to take in and we know dealing with what’s happened is going to be a long road ahead.

‘Lauren was totally dedicated to her boys and our family’s priority right now is making sure they are okay.’

Eyal said he and many of Lauren’s other gaming friends now hope to travel to Scotland to attend her funeral.

He added: ‘I was devastated when I found out she had died. I couldn’t believe it. I still can’t.

‘At the moment there are hundreds of people around the world crying over her passing. The outpouring of love I have seen has been incredible.

‘So many of us want to pay our respects. People are willing to travel hundreds of miles to say goodbye to Lauren. She was so loved and liked.

‘You were an amazing sister, game partner, leader and my guardian angel.

‘I knew you were special to me but in the last days I found out that more than 300 people felt the same in our game..

‘RIP VAL your spirit will always be with us.’

A Police Scotland spokesperson said: ‘We were made aware of the death of a woman at a property on Edgar Crescent in Renfrew around 10.10am on Tuesday, January 3.

‘The death is being treated as unexplained and enquiries are ongoing.’