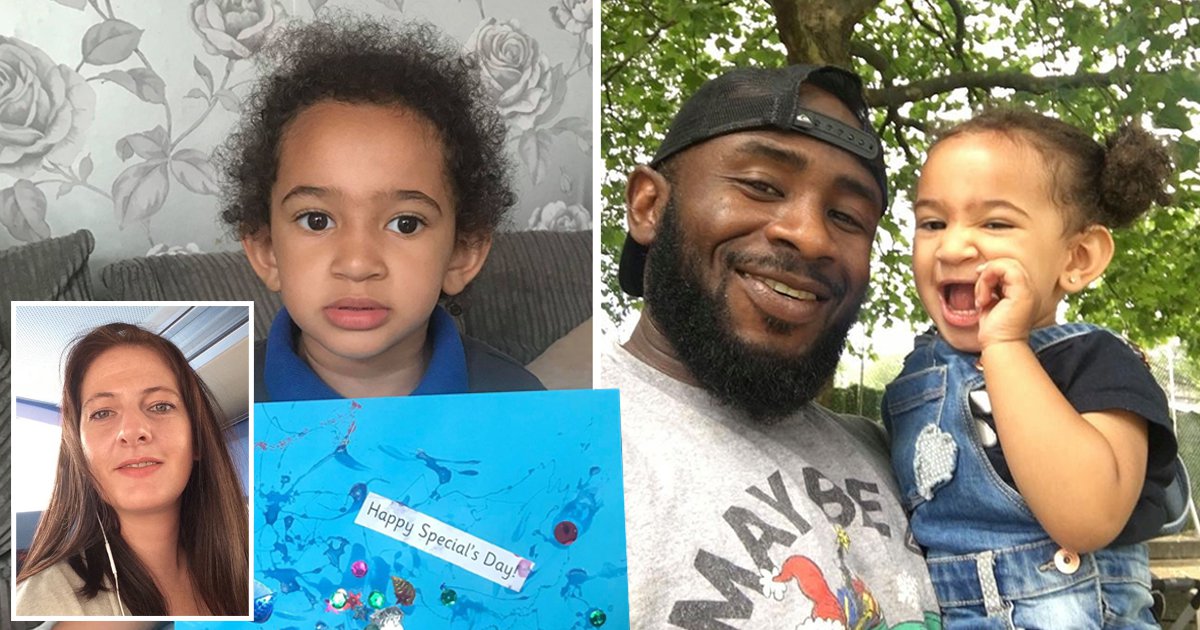 A mum has blasted her daughter’s nursery for changing Father’s Day to ‘Special’s Day’ to be inclusive of children who do not have dads.

Karla Gardner, 36, said she fears her daughter Daisy is being taught ‘men don’t matter’ after the Father’s Day card she made at school was changed to read ‘Happy Special’s Day’.

The mum said that while she praised her three-year-old for the card, she was secretly livid by the ‘bizarre’ change.

Karla, from Islington, London, said: ‘When I read “Happy Special’s Day” it angered me.

‘I loved to see the picture and was smiling, but when [Daisy] wasn’t looking, it angered me.

‘Her dad’s in her life. I don’t want her being taught that Daddy isn’t as important as me. Father’s Day was just brushed aside.

‘I get that not everyone has their dad in their life, but my child does. You’re singling out those who have fathers in their life.

‘I find it bizarre that all of a sudden men don’t matter.’

After posting the image on a Facebook group, the post attracted more than 700 comments and almost 800 reactions – before being removed by admins.

Karla said the nursery did not apply the same rule to Mother’s Day, when she received a card from her daughter without issue.

She added that Father’s Day was also celebrated as normal last year.

The stay-at-home mum added: ‘For Mother’s Day, I got a card which had photos of her inside it and it said clearly on it “Happy Mother’s Day”. A big fuss was made of it.

‘As a three-year-old, I might think “why is it wrong to have a dad in my life? Why’s it not being recognised?”

‘You’re belittling the man. He’s doing just as much of a job as the woman does.’

She added that Daisy’s dad Ed Odametey, 40, had seen the card but was not bothered.

‘I had a debate with him arguing his case. He said “she’s made me a picture and that’s good enough”,’ she said.

Karla said Daisy would be making another card for her dad and grandad.

The nursery’s decision seemed to divide opinion among parents online.

One social media user said: ‘I’m saddened by how many people on this thread lack the compassion or imagination to understand what it must be like to be a child without a father when everyone is celebrating their dads.

‘This isn’t the only way to deal with Father’s Day – and certainly the same approach could be taken with Mother’s Day.

‘But to be so dismissive or angry at teachers trying to be considerate and inclusive of children seems bizarre to me.’

Another said: ‘Can’t believe some people can be so heartless just because they have the perfect set up.’

Others said it was ‘ridiculous’ and claimed it was part of an ‘agenda’.

One commenter said: ‘Oh stop it, that’s absolutely ridiculous. Some might not have father figures but that’s not the fault of those that do, or the fathers that do bother.

Another said: ‘Sadly part of a sick agenda.’

Carrie Symonds: What will life in Downing Street be like for Britain’s ‘First Girlfriend’?