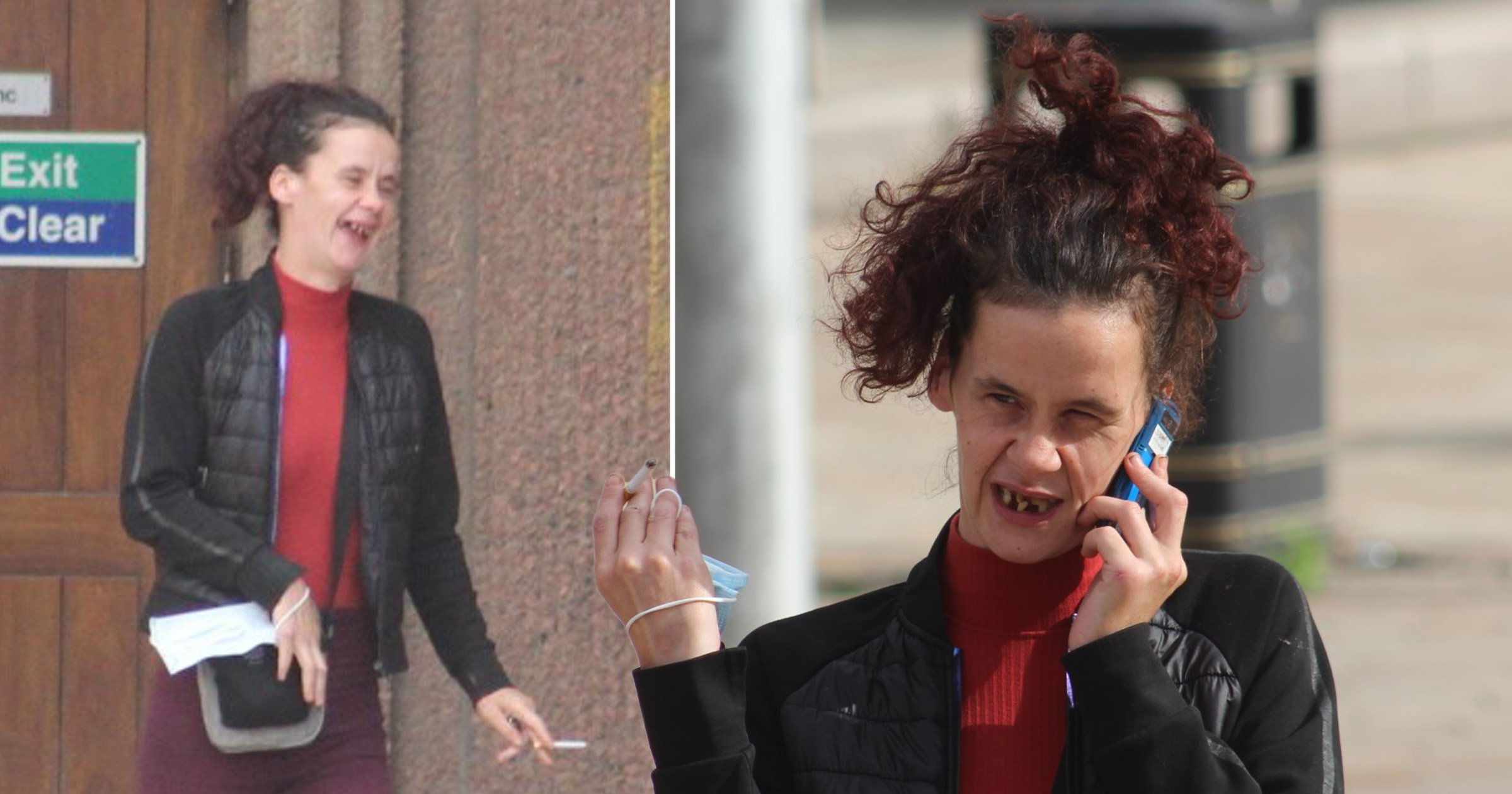 A mum caused more than £2,000 worth of damage after trashing her ex’s home in a drunken rampage.

Lauren Blaney, 29, was spotted smashing a window at the home of her former partner James Campbell in Aintree, Merseyside, on March 21 this year.

She was reported to police after a neighbour saw her putting a guitar through it at around 8pm, Liverpool Crown Court heard.

By the time officers arrived, Blaney and a male accomplice had already made off, leaving the ground floor flat ‘obliterated’ and covered in shards of glass and drops of blood.

The rampage caused £2,180 worth of damage to the property and its contents, including destroying a £900 guitar, two TV sets, along with various ornaments and pieces of clothing.

Another guitar, worth £500, was also missing.

Mr Campbell, 48, who was out at the time, said he had been left covering the costs himself as he had no insurance.

In a victim impact statement, he said he had been focusing on seeing his daughters in the 18 months since he and Blaney broke up and wanted to provide a stable environment for them to stay.

He added: ‘I cannot understand why she did this, it feels so vindictive.’

Nardeen Nemat, prosecuting, told the court Blaney ‘blamed Mr Campbell for her children being taken away’.

She went on: ‘She said she had been drinking heavily and was very drunk, she became angry and decided to damage his house.’

Ms Nemat said Blaney and her new boyfriend climbed into the flat after smashing the window, the Liverpool Echo reports.

Once inside, the court was told Blaney still felt ‘very angry’ and ‘could not stop smashing things up’.

Defending, Rachel Oakdene said Blaney hoped to put her chaotic lifestyle behind her and was receiving treatment for drug and alcohol misuse.

She told the court Blaney hoped to get her children back next year.

Blaney, who has six previous convictions for 13 offences including theft, pleaded guilty to burglary.

The court heard her partner was fined after admitting criminal damage and assaulting an emergency worker.

But he also pointed to aggravating factors including her being drunk and angry at the time.

He handed her a 21-month prison sentence, suspended for two years, and a 12-month drug rehabilitation course.

Blaney, now of Walton, was also ordered to carry out a 30-day rehabilitation activity requirement and mad subject to a six-month curfew.

An application for a restraining order by Mr Campbell was also granted for four years.