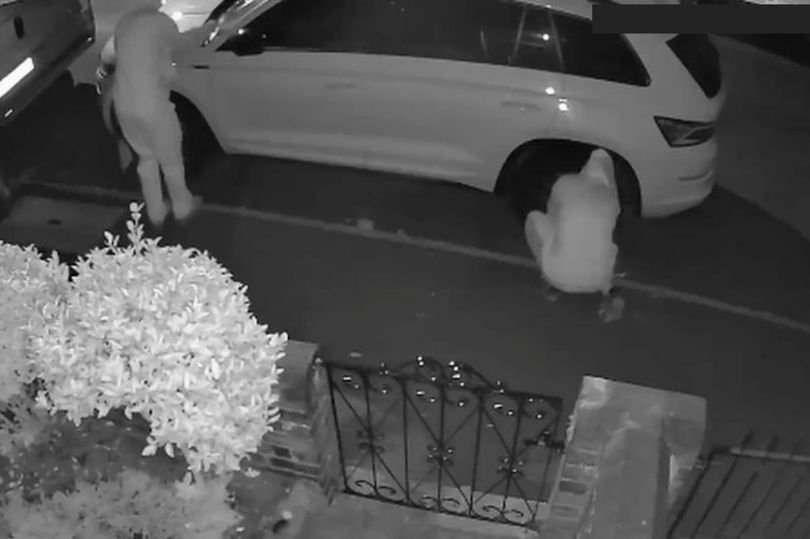 An eco-warrior mother-of-three has revealed that she secretly lets air out of SUV tyres in the dead of night.

The 62-year-old Chelsea tractor hating mum has said she lets down the wheels of petrol guzzling 4X4’s on her walk home, and said it is payback for them polluting her neighbourhood.

The writer, volunteer and film worker – who asked not to be named – is a member of the Tyre Extinguishers group who have been deflating tyres for over a year.

She claims to have let down the wheels of at least 80 cars across London.

Anna- which isn’t her real name- lives in Battersea, south London, and said she realises she is a criminal but says she doesn’t care and is ‘fed up’ with London’s air pollution.

The mum made called SUV drivers ‘aggressive’ and ‘selfish’ and compared them to smokers.

She said: ‘Like smoking indoors, SUVs should be banned’.

After being caught by one SUV owner Anna claims they told her ‘I understand where you’re coming from’ – but the driver stopped short of offering her a lift home.

Striking in the early hours, the Tyre Extinguishers have deflated close to 5,000 SUVs in Scotland, Brighton, Bristol and the capital.

The group have instructions online trying to encourage anyone to join them in the battle against 4X4s.

The eco-mob claim deflating tyres repeatedly and encouraging others to do the same will ‘turn the minor inconvenience of a flat tyre into a giant obstacle for driving massive killer vehicles’.

They added: ‘We’re taking this action because governments and politicians have failed to protect us from these huge vehicles.

‘Everyone hates them, apart from the people who drive them.

‘We want to live in towns and cities with clean air and safe streets. Politely asking and protesting for these things has failed. It’s time for action. Join us.’

Similar groups of Tyre Extinguishers, who want SUVs banned in urban areas, have sprung up in the US, Austria, Germany, Switzerland, the Netherlands, Sweden and New Zealand.

When asked about breaking the law – deflating tyres is criminal damage so there is always a threat of being arrested – Anna said she’s not scared of police.

She said: ‘I don’t mind about being caught by the police. I have talked about it a lot with friends and family but that just isn’t something I’m scared off.

‘I’m more scared about being confronted by angry drivers, I don’t care so much about the police.’

‘The cars are releasing carbon emissions and polluting the area around me and I can’t do anything about it.

‘They’re being imposed on me and I thought for a long time about what I could do about it.’

The mum aid she had considered the damage the risk of putting lives at risk by giving Range Rovers flat tyres – but thinks the dangers SUVs are causing ‘outweighs the threat to injury’ vowing to keep going ‘until the government notices.’