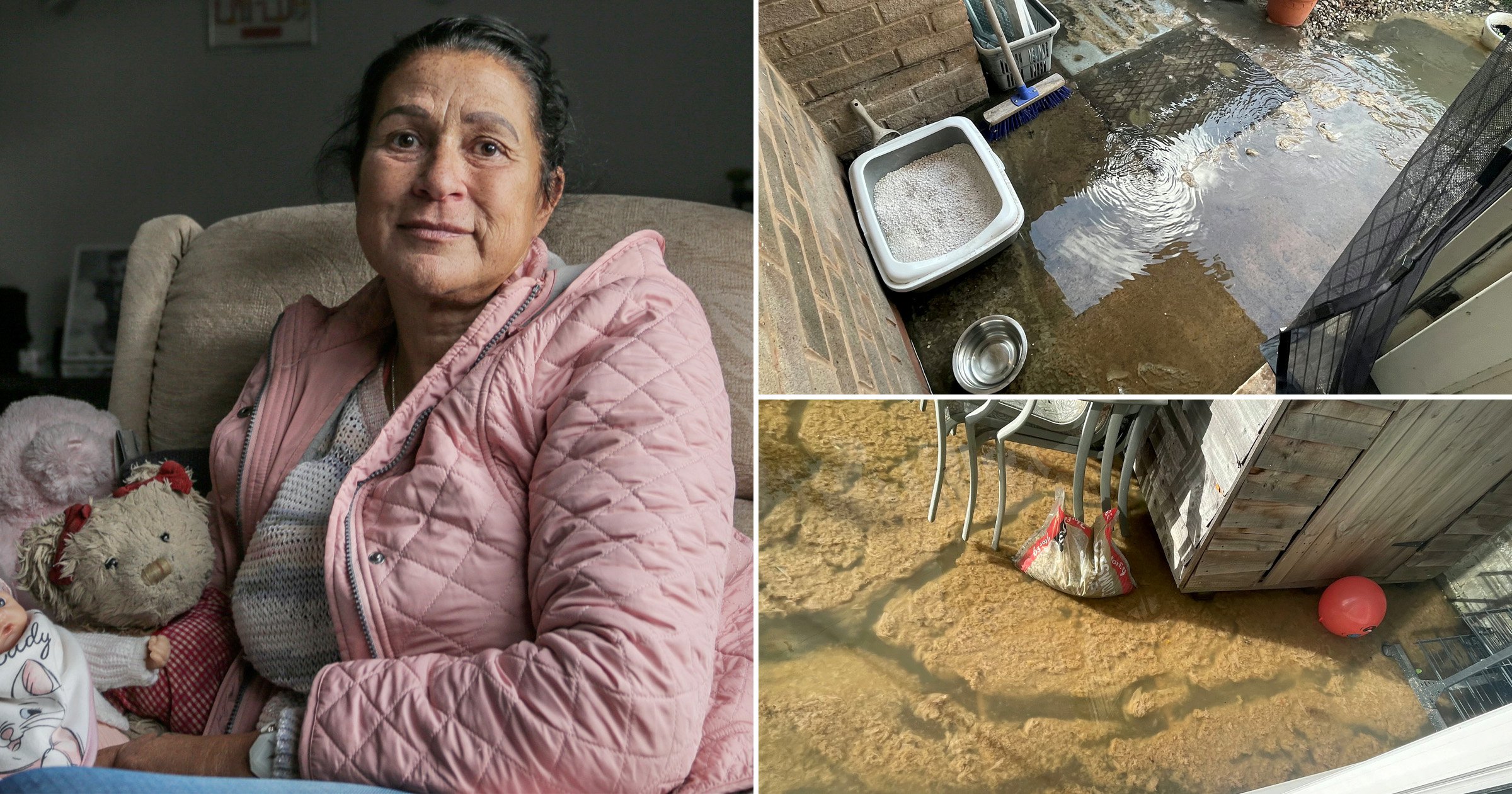 A woman looked on in disbelief as raw sewage flooded a memorial garden for her late daughter.

Pieces of toilet paper can be seen floating in the inch-deep brown water in Lyndsey Bennett’s backyard in Worcester after the incident yesterday.

The grieving mum broke down in tears when she saw that the sewage had ruined her daughter Emily’s memorial.

In January this year, the 25-year-old passed away after suffering a cardiac arrest and pneumonia.

In a fitting tribute to her beloved child, Lyndsey planted beautiful flowers in her garden but it has now all been destroyed.

‘The smell is so awful I have been sick multiple times,’ the devastated mum said.

‘It was overflowing and I worried it was going to be at my back door. I lost my daughter not long ago and this is just too much to take.’

Lyndsey had come downstairs in the morning to let Emily’s cat, Tinkerbell. This is when she first noticed the filth.

As well as the back garden flooding, there is now also water pooling at the front of the property.

Due to the severity of the flooding, she cannot even walk to the memorial garden to be able to rescue flowers and trinkets.

The stench is so bad that it has left her feeling sick and she is concerned about the contents of the water.

Lyndsey said: ‘I let Tinkerbell out [on Monday] morning and she ran straight all of the filth.

‘She was my daughter’s cat so I do not want to lose her, I was so scared. It was about 7.15am, I rang somebody from environmental health.

‘They came out and said it was not something they were able to help with so I called the fire service as well.

‘All the flowers are going to die in my daughter’s memorial garden, it has been horrible.’

Lyndsey contacted Severn Trent who say they are in touch with her about the sewage.

A spokesperson for the company told Metro.co.uk the flooding was caused by a build-up of wet wipes in the pipes.

‘We’re sorry about Ms Bennett’s situation as this is deeply distressing,’ they added.

‘Our team worked quickly to remove the blockage caused by a build-up of wet wipes on the network yesterday morning and immediately began a thorough clean of the garden.

‘We have returned to the property this morning to complete the clean-up and we are in close communication with Ms Bennett to see how we can further support at this time.’