Home » Europe » Mum 'in pieces' after son, 22, knifed to death in London night of violence 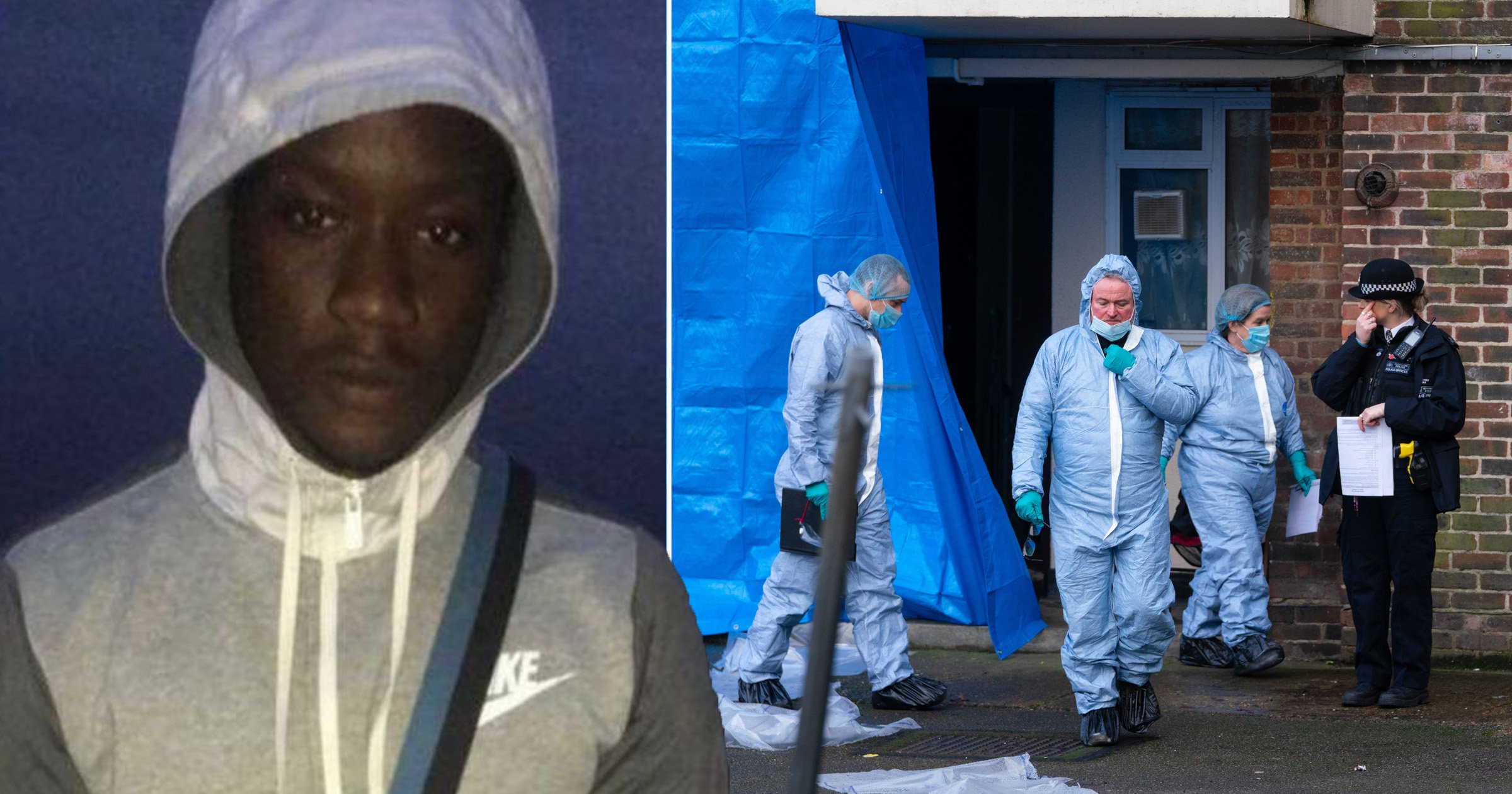 A mum has been left ‘crying and in pieces’ after her son, 22, was stabbed to death in south London during a spate of violent attacks.

The man, named locally as Lavz, from Peckham, was involved in an ‘altercation’ which led to him being fatally stabbed in Croydon on February 5. Bystanders and emergency medical staff tried desperately to save him, but he was pronounced dead shortly after 9pm.

A witness described seeing people use a towel to try and stem the bleeding. They said police then arrived and cut off his trousers to find three injuries near the top of his left thigh.

They told MyLondon: ‘They used a tourniquet on his leg and tightened it. An ambulance came and they put in an IV.

‘Before you know it they were trying to pump his chest to resuscitate him. The person, his life was fading away, do you know what I mean? It was going.

‘When we got there he was still conscious, he was moving. In the space of a couple of minutes he was fighting for his life. It’s sad, I have six children myself and, you know, the world’s a scary place.’

Another woman said the man’s mum arrived at the scene ‘crying and in pieces’. She said: ‘There was blood everywhere. It looked like he was cut in the leg and they tried to stop the bleeding.

‘The mum was here crying and she was in pieces. It is terrifying, my son is 19 and I’m worried for him. They tried really hard to save him, but there was a lot of blood. I didn’t recognise him.’

Another resident said: ‘I don’t let my children play out because I don’t want them mixing with kids in the area because things like this happen.’

The stabbing was one of five in the Croydon area between 6.56pm and 9.12pm on Friday.

Another man, who was involved in the same altercation as Lavz, was taken to hospital with non-life threatening injuries.

Lucy Martindale, founder of Operation Shutdown, which works with families who have lost young people to violence, has been supporting the victim’s loved ones.

She told MyLondon: ‘It’s devastating. You can imagine how all those families will be feeling today. Their lives will never be the same again.

‘We keep having to say RIP to the victims until the next week when the next stabbing happens. People are getting to desensitised to it all. We can’t let it happen.’

Detective Chief Inspector Martin Thorpe said: ‘We know that a group of males attended the address and an altercation occurred which resulted in the victim receiving a fatal stab injury.

‘I would ask any local residents who saw or heard anything shortly after 8pm on Friday evening to contact police; no matter how insignificant you think your information might be, it could help us piece together what happened.

‘I am aware that this was one of a number of violent incidents in and around the south London area on Friday evening but there is nothing to connect these incidents together at this time.

‘A young man has lost his life in a senseless act of violence, leaving his family devastated. If you can help us find who is responsible for this attack, then I would urge you to get in touch immediately.’