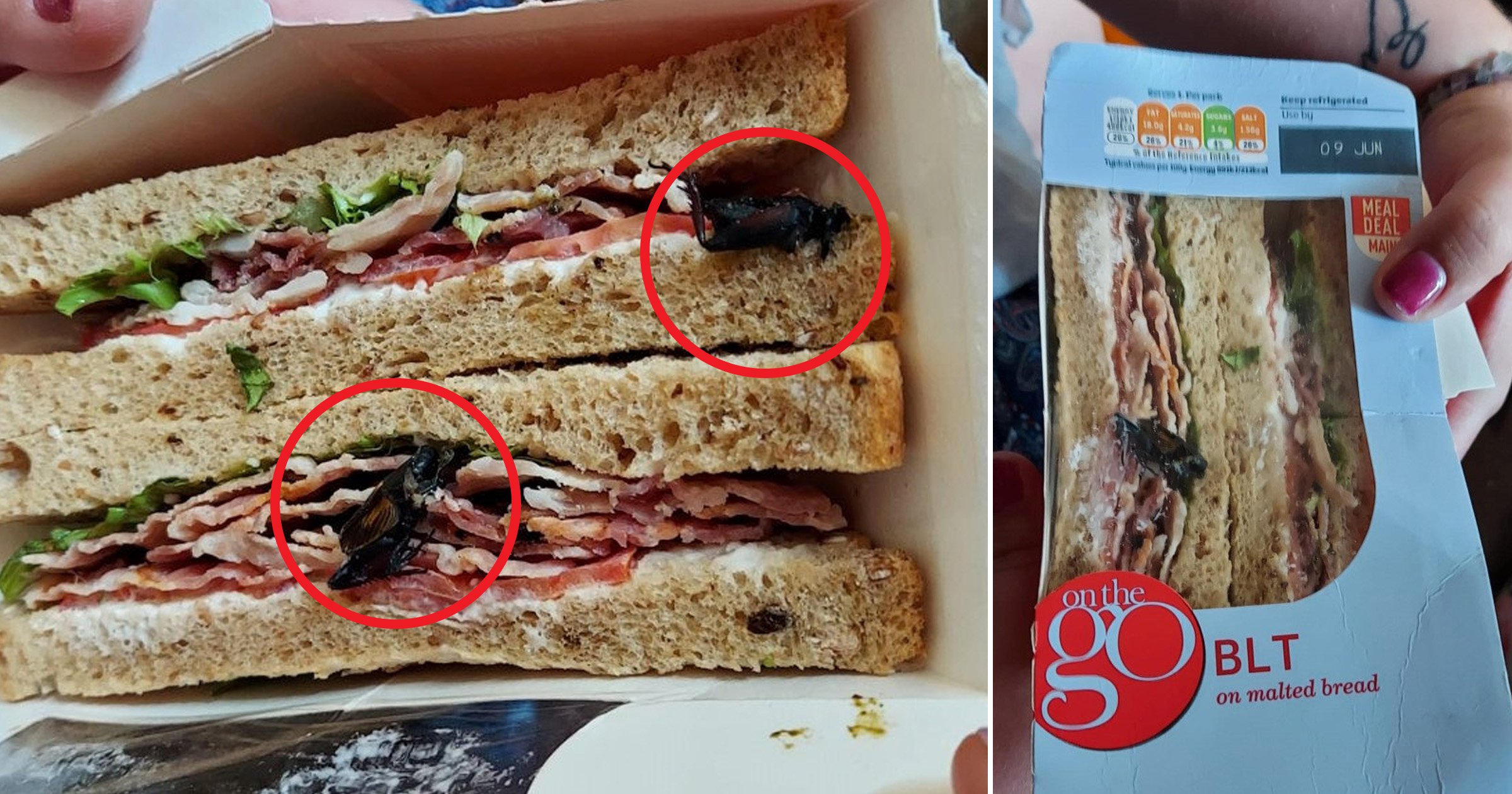 A mum was left so creeped out by finding two huge black beetles in her Sainsbury’s BLT she is now petrified of pre-packed sandwiches.

Nauseated Natalie Mudge, 33, said the bugs were so big they could be seen through the outer plastic wrapper.

She’s now so squeamish she struggles to keep down her food and has blasted Sainsbury’s £200 compensation pay out as ‘not enough’.

Natalie came across the extra-fresh ingredients when she bought a bacon, lettuce and tomato sandwich at a Sainsbury’s filling station in her market town home of Wantage, Oxfordshire.

She said: ‘They were massive. I can’t eat packaged food any more and I now feel sick when eating.’

Sainsbury’s compensated Natalie with £200 of vouchers after she complained about the almost two-inch insects found in her lunch.

A Sainsbury’s spokesperson said: ‘We are looking into this customer’s experience.

‘Cases like this are extremely rare because we have processes in place to prevent them from happening.’

Last year a woman was left screaming in horror after opening her nectarines from the supermarket giant to find a horde of bugs wriggling inside.

Freelance writer Hannah Vettese, 27, bought the fruit from a Sainsbury’s branch in Harrow and said: ‘I screamed when I cut into it and bugs came wriggling out and immediately tweeted about it to them.

‘Sainsbury’s said they’d do something but so far nothing. I threw the packet away straight after too.’

Barbecue-flavour roasted crickets were being put on sale in 250 stores across the country.