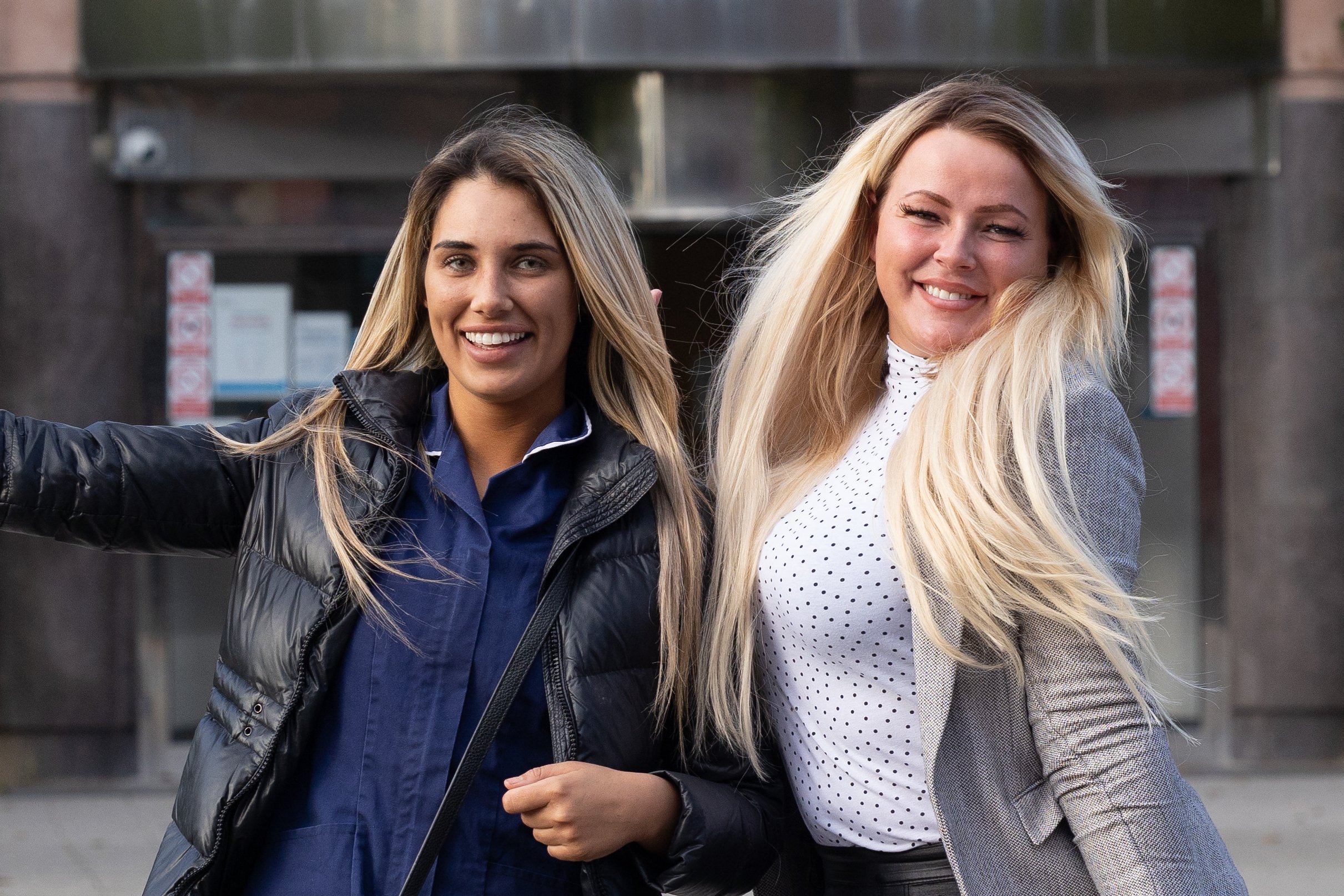 A mother who gave a reading four times above the alcohol limit after a car crash was pictured celebrating as she was cleared yesterday.

She crashed her Mercedes – carrying her four children – into a Peugeot 308 on May 8 and exchanged details with the other driver, Carl Kidd, who was taking his pregnant partner to see his parents.

Mr Kidd said: ‘She was well over on my side of the road and she was coming at speed. I steered away to avoid a head on collision but she caught the back end of my car.

He added: ‘She appeared to be intoxicated and was slurring her words and was unsteady on her feet.

‘I think she was trying to overpower me. I did not smell any alcohol but she was slurring her words.

‘I have been around drunk people in my life and she did not appear to be sober.’

She left the scene before police arrived and was found at home in Mottram, Greater Manchester an hour later at 6.11pm.

Ridings said: ‘I drove off because other cars were beeping and he was aggressive and the kids were screaming.

‘We were not getting anywhere. I went to Paige’s house and there I was trying to calm down and I asked her to get me a drink.’

Breaking down in tears she added: ‘I just feel like a bad mum drinking. I was there 15-20 minutes and it was long enough to have two drinks. I just panicked. They were incredibly strong drinks. I had not had a drink before it.’

She was breathalysed and after giving an extraordinarily high reading she said she had drunk two pints of vodka and coke in just 15 minutes at Paige’s house to calm herself down. She then claimed she was given a lift home.

However, the case was not proved beyond reasonable doubt so she was found not guilty.

Miss Azad told magistrates her friend was not under the influence of alcohol, saying: ‘I used coke to mix it but I would say I poured her a triple vodka and a bit of coke and she just necked it.’

But defence lawyer Dave Holland added: ‘The two of them had a conversation lasting 5-10 minutes and whilst Mr Kidd had some suspicions she was drunk, he could not be sure and he could not smell alcohol.’

In clearing Ridings, the chairman of the bench Mrs Furness said: ‘Mr Kidd was clear and credible.

‘Miss Ridings was often confused, emotional at times and misleading. The other lady, Paige was totally incredible.

‘However, the prosecution have not proved beyond reasonable doubt this case.

‘There is insufficient evidence to prove you were over the limit at the time of the incident or at the time of consuming. We therefore find you not guilty.’

High-tech records will let our history rise from the ashes