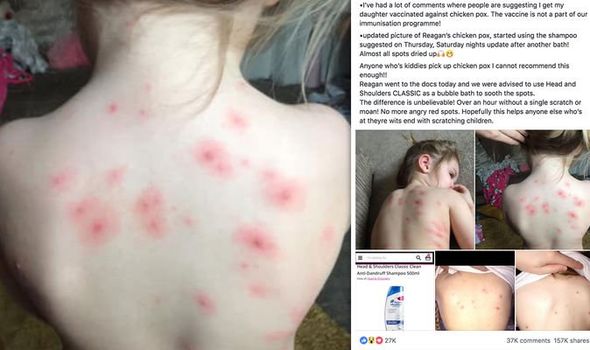 Clare Jenkin from Musselburgh, East Lothian was at her “wits end” with her daughter’s chickenpox when her doctor recommended using Head and Shoulders Classic Clean shampoo as a bubble bath and it helped clear the illness. Ms Jenkin’s took to Facebook to share the cure with her friends, with her recommendation soon being shared more than 150,000 times. She wrote: “Anyone whose kiddies pick up chickenpox, I cannot recommend this enough.

“Reagan went to the docs today and we were advised to use Head and Shoulders CLASSIC as a bubble bath to soothe the spots.

“The difference is unbelievable.

“Over an hour without a single scratch or moan. 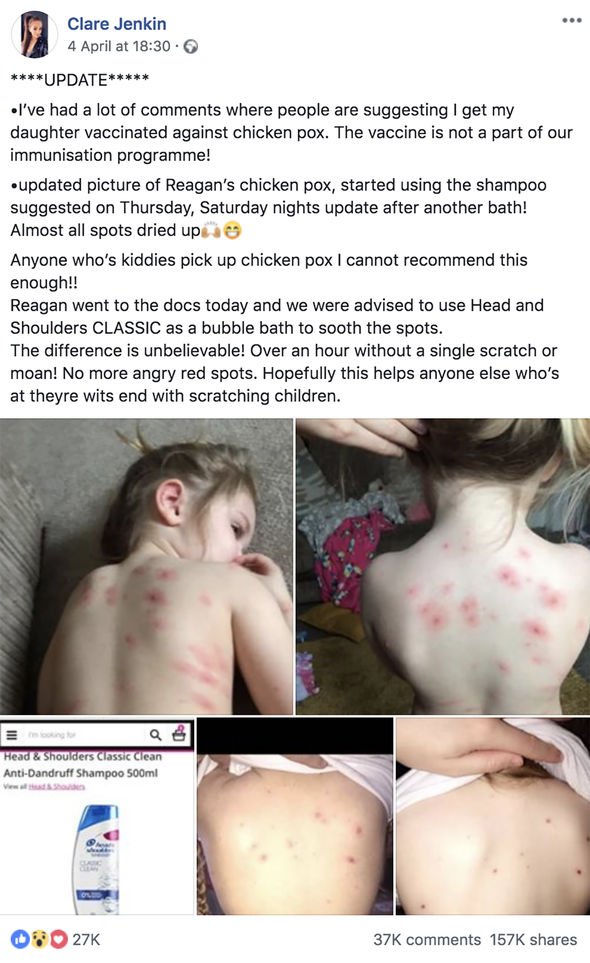 “Hopefully this helps anyone else who’s at their wits’ end with scratching children.” 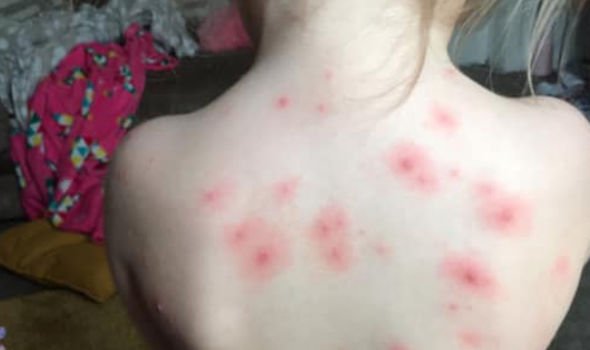 “Almost all spots dried up.”

One person commented: “I actually tried this this morning and it seems to have calmed the itch right down.”

Another person said: “Believe it or not we tried this last night/this morning and it actually works.”

“What a relief to find something that helps the itch.”

While another said it helps with her own skin condition, adding: “I use this on my body for my psoriasis and it helps so much redness goes down and skin isn’t as scaly.”

Chickenpox is a very common childhood illness, particularly amongst children at primary school.

It is caused by a highly contagious virus called Varicella Zoster which is normally caught during childhood.

The illness is highly contagious and usually takes 1-2 weeks to recover from.