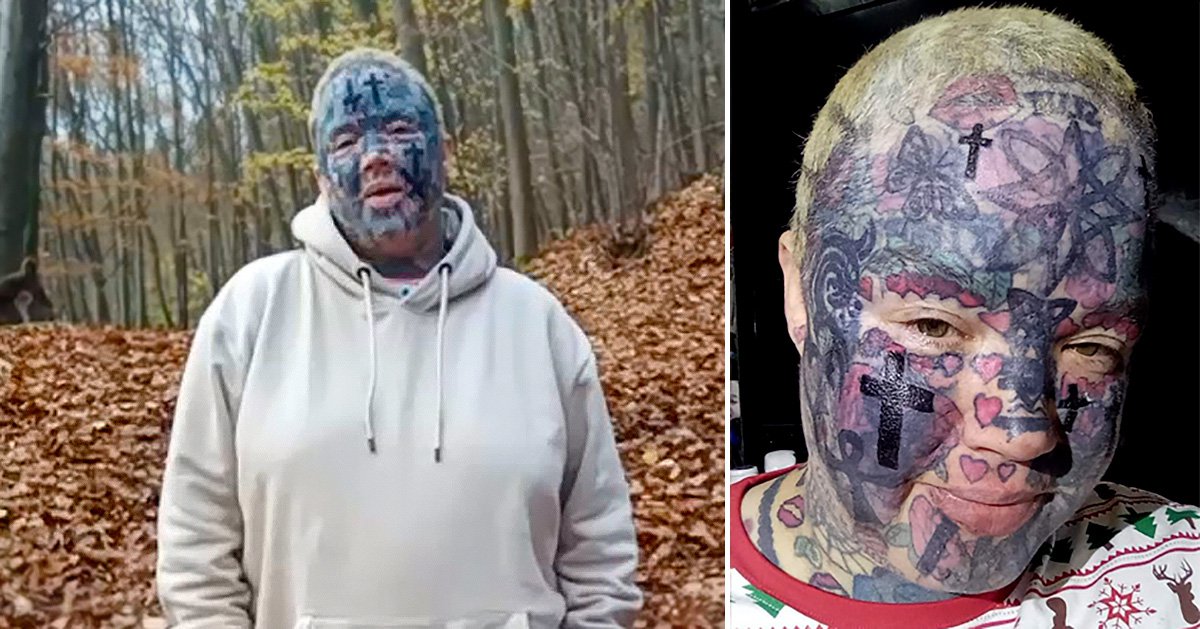 A mum who is ‘addicted’ to tattoos claims she was made to watch her child’s Christmas nativity through the window.

Melissa Sloane, from Kidderminster in Worcestershire, has 800 designs covering her face and head.

The 45-year-old mum has previously spoken of prejudice she has experienced as a result of her tattoos, including being ‘banned from the local pub’.

She said her struggles don’t stop at Christmas, telling The Daily Star: ‘No Christmas parties and when I go to my child’s school I don’t get invited.

‘They said once for me to go to the back garden look through the class window they told me to do so.

‘The teachers told me to do that, that’s why I don’t go to the school play.’

She said she has to rely on her partner Luke, 56, to fill in for her at the school Christmas fayre.

‘He’s [Luke] going tonight to the kids’ fayre as I can’t go there as I’m not wanted,’ she claimed.

‘I feel so jealous as I can’t go there and to the Christmas fayre as I know what they’re [teachers and parents] like towards me.’

Melissa loves tattoos so much she even bought a tattoo gun on Amazon and inks herself at least three times a week.

But she said she won’t be getting any more tattoos over the Christmas period.

‘I’ll go for the glory after that, I can’t wait to get back to normal.’

Melissa’s skin has been falling off recently because of tattoos not healing properly, but still stays she loves her face.

Some of her tattoos are done professionally but she loves to get her children and partner to ink her as well – she just wishes people wouldn’t judge her for it.

‘Because of who I am, I don’t get invited to Christmas parties,’ she said.

‘I want to enjoy myself and go for a drink at the pub, but they won’t even let me in.’