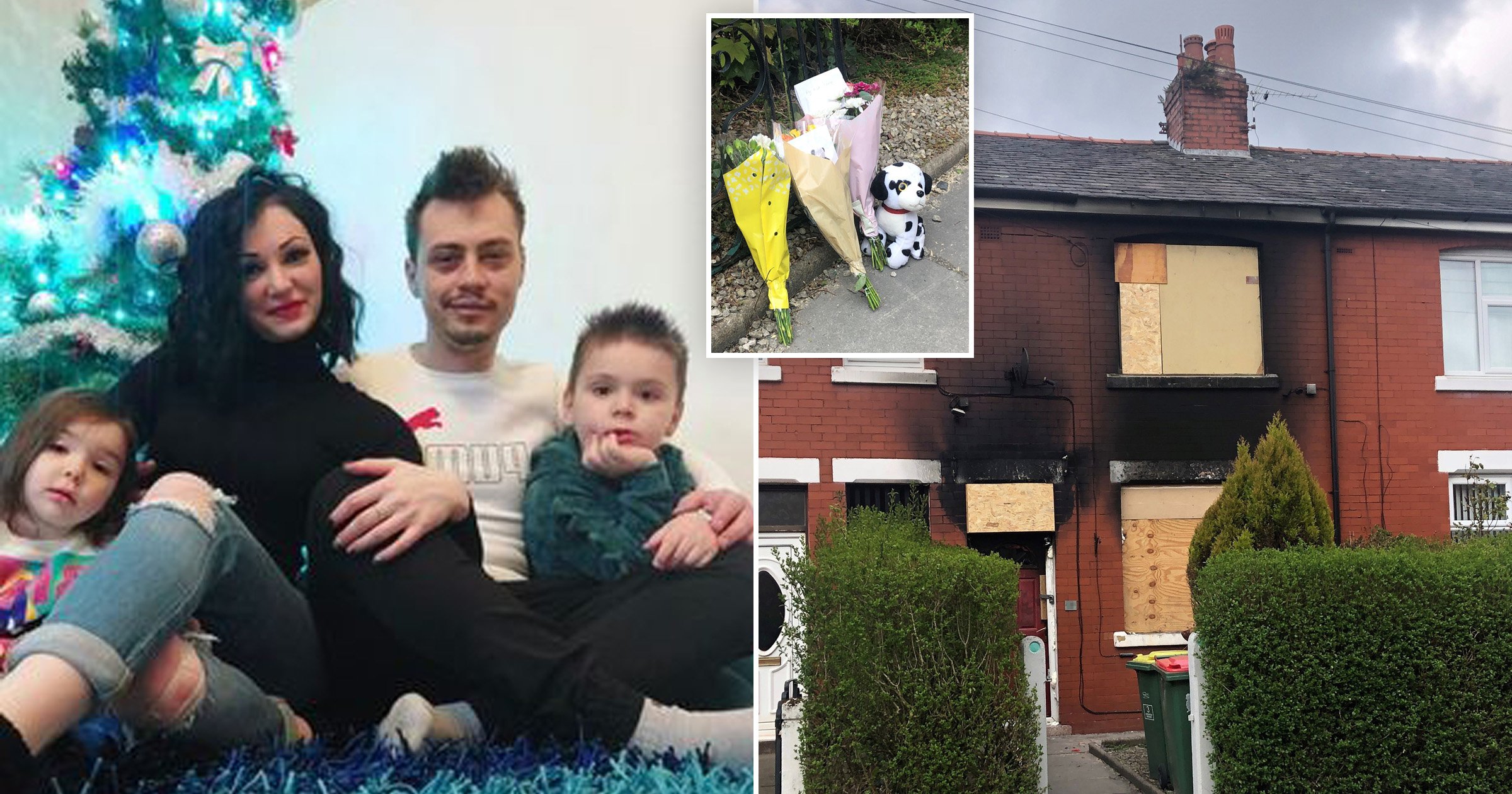 A ‘hero’ mum tried in vain to save her children during a horrific house fire.

Lorena Gabriela managed to escape after flames ripped through her home in Preston, Lancashire.

But her children Louis, 5, and Desiré, 3, died as a result of serious injuries.

Emergency services had been called to the scene, on Coronation Crescent, at 8pm last Friday.

Neighbour Tony Richardson saw Lorena desperately trying to throw her children to safety with her neighbours.

‘The first person on the scene was trying to get the mum to throw the kids down saying they would catch them but she was only petite so I think she was struggling to lift them up.

‘I could see the window was about to blow so we told her you need to jump now.’

Tony found a wooden board and used it to form a makeshift platform to break Lorena’s fall.

The distraught mum then collapsed into his arms, screaming ‘my babies, my babies’.

Malesh Nayli, who owns Frenchwood Convenience store on the road, described the fire as an ‘inferno’.

‘A young lad ran into the shop and told us there was a fire on the crescent and a woman screaming,’ she said.

‘There were about three customers in the shop at the time and we all ran out we saw Lorena with the two kids and their faces were black.

The fire took hold of the property in ‘seconds’, according to eyewitnesses.

A 24-year-old man was arrested on suspicion of arson with intent to endanger life, but police say he has since been released with no further action.

Detective chief inspector Rach Higson, of Lancashire Police, said: ‘This tragic incident has resulted in two children sadly losing their lives and my thoughts, first and foremost, are with their loved ones at this time.

‘Our inquiries into the cause of the fire are continuing.’

Boris will announce when hugging is allowed with Monday press conference

Kate Middleton and Princess Diana: The sweet nod Kate made to Diana during Ireland tour