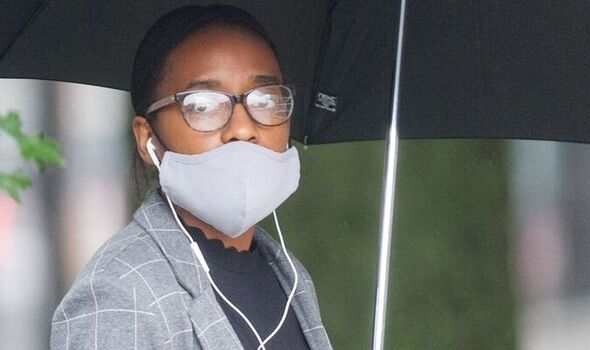 A mum who defrauded thousands out of a generous couple and a severely ill man has been spared jail as her daughter is thoughts to have Strep A. Manchester Crown Court heard that Myriam Midi was only a teenager when she took £34,000 from a couple, telling them she would use it for pay for university before trying to buy a house with it. Several months later she took more than £16,000 and tried to get a further £6,000 from a severely ill man whilst working as his career. Midi of Pretoria Road, Oldham, plead guilty to six counts of fraud but was spared jail after it was revealed her child is ill and suffering from suspected Strep A.

The court heard that Midi was employed by a man who suffered from motor neuron disease and can only communicate through typing on a computer with one finger.

Midi convinced the man she needed money to pay for “misfortunes” when he offered her £1,000 and told her he loved her.

Brian Berlyne, prosecuting, told Manchester Crown Court that Midi sent the man an email telling him her sister had killed herself and she needed £2,000 to pay for her funeral.

She then asked for a further £3,400 to pay for her father’s funeral.

Both of which were lies.

The court heard Midi went on to ask for more than £3,000 to pay Home Office fees so she could gain British citizenship, despite it being paid months earlier.

The deceit was only uncovered after an employee of the man raised concerns which led to him phoning Manchester Royal Infirmary and Wythenshawe Hospital asking for her. They had no record of her as her claims of being very ill in the hospital were lies.

The man later told police he thought Midi was his girlfriend and he “wanted to put right” her deprived childhood.

The man stopped contacting Midi and contacted the police.

During the investigation, another fraud offense was uncovered.

It was revealed that Midi attended a school that a man, referred to in court as Mr B, had taught at, and he and his wife, referred to as Ms A, had kept in contact with her.

Midi had told the couple she had been offered a place at Bristol University but could not afford the fees so Ms A sent her £34,000 to pay for the course.

The couple later found out Midi had been making it up after Ms A’s signature was forged as a guarantor on a house in Wigan.

Judge John Potter, sentencing described Midi as a “persistent liar willing to exploit others for your own selfish and greedy needs”.

Max Saffman, mitigating, told the court that Midi is the sole career for her two-year-old child who is currently ill with what is thought to be Strep A.

Judge Potter said the only reason Midi was being sparred jail was due to her situation being “wholly exceptional”.

He added: “You exploited somebody who was very vulnerable and somebody who believed they had a close relationship with you in your childhood. This sort of offending in almost every case would result in you losing your liberty.”

In a victim impact statement read by the judge, the victims were said to have felt “exploited”.