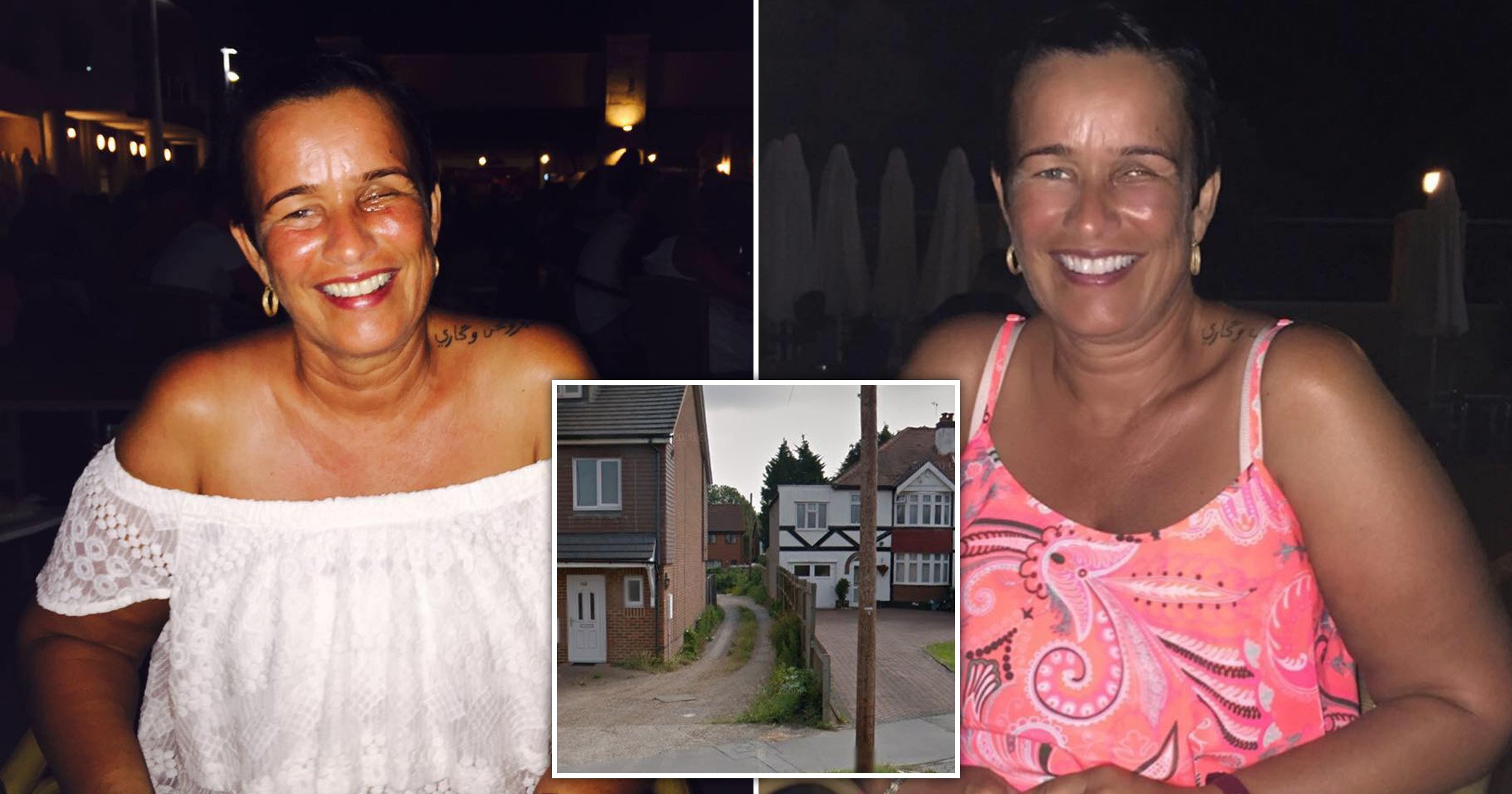 A mother who lost an eye after a stick speared it when she fell into a bush is suing a housing landlord for £150,000.

Terrie Scales, 53, was walking down the drive leading towards her home in Croydon, south London, when she said she tripped on large stones strewn across the path in July 2015.

She fell forward and landed in bushes, causing a sharp branch to penetrate her left eye, which she had to have removed.

Mrs Scales is now suing landlord Hillcrest Homes UK Ltd for a six-figure payout, claiming it breached its duty to ensure the driveway was in a reasonable condition.

The housing association has denied any blame and put the fall down to an unfortunate accident.

Mrs Scales, a bureau de change cashier, told Central London County Court that she had complained eight or nine times over the uneven, ‘unsafe’ and poorly lit drive – but nothing was done.

Breaking down in tears in the witness box, she told Judge Heather Baucher: ‘Obviously it is dangerous, because I have lost an eye for it.

‘You can’t say it’s not unsafe. I have lost my eye. It should have never been like that.’

Her barrister, Colin Mendoza, told the court she had been chaperoning a teenage party at a neighbour’s house before the accident happened.

As she walked with her 10-year-old daughter to their home in The Glade, the court heard she tripped on a large stone. She then fell into bushes on the side of the drive, which ran past a neighbour’s house to her own.

Mrs Scales said she was left in agony and threw up due to the shock of the incident.

She was rushed to hospital for treatment but despite several operations, the contents of her left eye had to be removed.

Mr Mendoza told the judge: ‘The claimant has therefore been left only with her right eye, which was uninjured in the accident.’

The housing association’s barrister said medical records suggested Mrs Scales might have been drinking – but she has vehemently denied having any alcohol that night.

In the months after the fall, Mrs Scales relied heavily on her mother for help at home, added her barrister.

She still struggles with every day tasks, such as making food and drinks, and with seeing steps and other obstacles, Mr Mendoza told the court.

Mrs Scales is suing Hillcrest Homes UK Ltd under the Landlord and Tenant Act 1985, accusing the association of breaching its duty to make sure the drive was in a reasonable state.

Mr Mendoza told the court the mother had complained numerous times about the poor surface and the lack of lighting, adding that there were potholes in the drive.

‘She referred to how the uneven driveway can be difficult to even drive down without causing damage to vehicles, let alone physical injury,’ he added.

He said works had been carried out on the driveway shortly before the incident.

‘It is not right to say the drive had been left sound… and was simply awaiting a top dressing of gravel,’ added the barrister. ‘If it had been left sound, the tripping accident would not, on the balance of probabilities, have happened.

‘Instead, it remained very uneven with tripping hazards on it in the form of large stones and potholes.’

For Hillcrest, barrister Lee Evans denied that the path was defective and in need of repair, arguing that ‘reasonable care’ had been taken to make it safe.

He claimed Mrs Scales had contributed to her fall by failing to step over stones in the ground and that it had been an unlucky accident.

Mr Evans said: ‘Accidents can happen, someone can fall and have a very unfortunate injury for something that is not unsafe.’

He also questioned whether she had complained about the driveway in the past, pointing out a lack of evidence of messages having been sent.

Mrs Scales insisted she had and that evidence of her complaints was missing because it was lost when she changed her mobile phone.