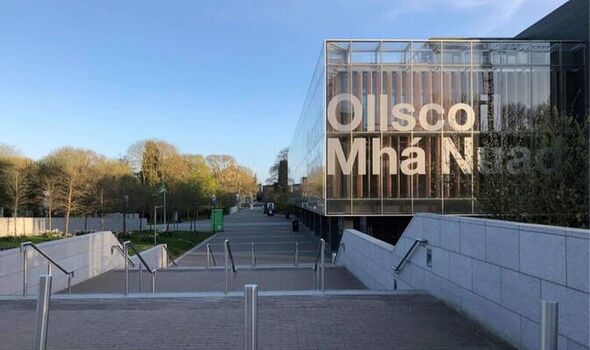 A mum has told of her horror after her law student daughter was allegedly told by her “landlord” that half of her room will be rented out to a stranger. She also claimed that she was told that she will have to share her double bed with the new tenant.

The landlord was allegedly asking for €25 a night for one side of the double bed near Maynooth University in Ireland, reports DublinLive. This amounts to €500 a month in rent if they stay 5 nights a week.

The student has now been forced to find somewhere else to live, and it appears her room was being rented out under the rent-a-room scheme, which lets homeowners earn up to €14,000 per year tax-free renting to private tenants, but is not covered by landlord and tenant law. The move was blasted as “despicable” after the student’s parents contacted a Donegal radio station with the story.

Highland Radio host Greg Hughes read out the scenario to his listeners on Thursday’s show. He read out their comments on air, reading: “My daughter is a law student in Maynooth. She rents a room in a house. The room has a double bed. The landlord has just rented out one side of the bed to another girl for €25 per night. No consultation with my daughter. We can do nothing except to give it up… It’s an absolute disgrace.”

The shocked host questioned: “Are you saying that the landlord is saying that if she wants to retain the room she has to share a bed with a stranger? That is dangerous to begin with. It is remarkable. Is that where we are at now?

“Of course you would have to give [the room] up. But is that not like constructive eviction, really? Has the Residential Tenancies Board not got a say in this? Is there no protection for people?

“This has also come out of the blue after the term has started as well. That is actually despicable.”

Greg later posted about the shocking situation on Twitter where it received much attention from people online. One person replied: “That has to be illegal.”

While some people questioned it, one confirmed they were offered a similar situation, writing: “[To] everyone saying this isn’t real I was offered to SHARE a double bed for €950 per month last year.”

Another agreed writing: “This exact type of situation has been happening since at least 2017, and is pretty widespread – but generally happens to foreign English students with very little money. There’s also been rooms with bunk beds thrown in (I’ve heard of 8 in one room).”

A third person wrote: “If this is being done via the rent-a-room scheme, as far as I’m aware there is no legally enforceable contract between the student and the home-owner (I’m open to correction on this). This is not a landlord-tenant arrangement. It’s open to all sorts of exploitative behaviour.”