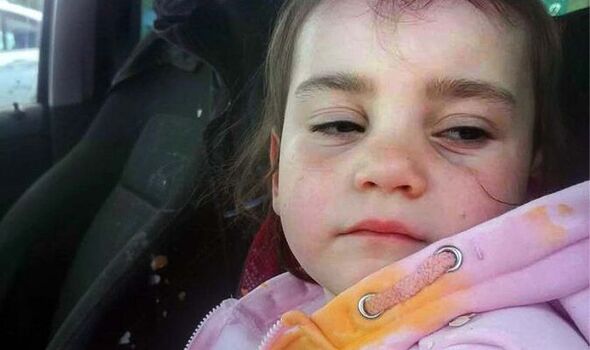 Picked up by her grandmother for a sleepover, little Maddison and her grandmother were driving along the A525 Ruthin Road when their vehicle came under fire. Now, Maddison’s mother has issued a warning to other motorists, warning others about the egg-throwing youths who ambushed the pair.

Jazzmin Davies, 29, shared her concerns on social media, and was surprised after locals reported similar attacks. In fact, some said they avoid the road for fear of being targeted.

“A group of kids appeared from nowhere and began pelting the car with eggs,” wrote Jazzmin. “As it was a warm day, the car windows were down and one egg hit Maddie in the face. She’s still non-verbal, so was unable to tell her grandmother how she was feeling. But she was in hysterics and was crying.

“When she got home, my mum texted me to say she was fuming. She then sent photos of the car and of Maddie. I was so upset because she’s my baby. Later that night she was happy again but she was left with a small bruise where she had been hit.”

According to NorthWalesLive, the ambush occured at traffic lights, along the A525 Ruthin Road, outside Ysgol Clywedog.

After hurling their eggs, the youths ran towards the Pentre Bach estate. Jazzmin’s mother followed in her egg-splattered car but gave up after the youngsters disappeared up a footpath. 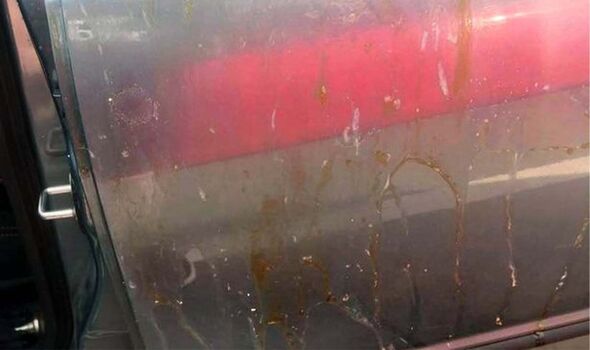 “She wanted to tell them how dangerous it was to throw things at vehicles,” said Jazzmin, a criminology student. “It only takes a moment to lose control of your car. They got my mum too and it’s just lucky she didn’t crash.”

Ruthin Road has a history of vehicle ambushes stretching back two decades, often involving stone-throwing. A recent spate of attacks has involved both stones and eggs, with motorists taking to Facebook to share their experiences.

One dad reported: “They had us as well, straight through our passenger window. Hit my shoulder and exploded all over a 2 year-old and 4 year-old in the back seats.”

Aware of the road’s reputation, some motorists treat is as a no-go area. “I now work out my journeys ahead so I avoid that stretch of road,” said one woman. “It’s ridiculous that innocent people have to go to such lengths.”

Another mum said she has “major anxiety” when forced to stop at the traffic lights by the school. “I’ve heard people get their windows smashed all the time by there,” she said. “I have a 1 and 2 year-old and it’s scares the life out of me.”

Jazzmin, who has two older children, Kieron, 10, and Georgia, seven, has pledged to find out who was responsible for hurting her daughter. Most of all, she wants parents to be aware of what their children are up to – and to clamp down on any anti-social behaviour.

“It’s not nice seeing photos of your baby in distress,” she said. “I was disgusted by what happened and I’d like to think it will never happen again.

“Kids will be kids and sometimes they will step out of line. But if this was my child, I’d be having serious words about the dangers of throwing things at cars.

“If it was my child, I’d be ashamed. This needs to stop and I hope the message gets back to the parents of those involved.”

Jazzmin reported the incident to North Wales Police in Wrexham. Since then, Wrexham Town Inspector Luke Hughes has issued a statement.

He wrote: “Criminal Damage was reported at around 18:40hrs on Saturday 20th August on Ruthin Road opposite Clywedog School. It is reported a number of youths local to the area were seen to be throwing eggs and possibly stones at passing cars. At least three cars were reported to have been hit by the eggs, with reports a passenger in one of the vehicles was hit by an egg through an open window…. Can I ask that if you have CCTV, dash cam footage or simply witnessed this incident you make contact with us via 101 or our chat facility and quote B127088 – an officer can then collate evidence and will be in touch.

Britain turns on China: UK hits out at Beijing for breaking promises