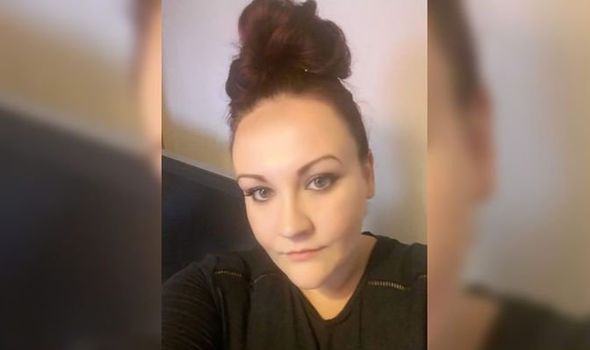 Megan Creevy’s home security camera captured her collapse and shout for help at home. The 28-year-old woman had just started to run a bath, having dropped her son off at school when tragedy struck.

A passer-by rushed over to help her and called 999. Megan was dashed to hospital but medics were unable to save her on September 7, reports Liverpool Echo.

Megan, from Anfield, Liverpool, leaves behind her partner of 11 years and three children including a son aged nine, a daughter aged three and a 14-year-old stepson.

Her devastated family said Megan “was loved by so many people”.

Megan’s mother-in-law Jeanette Storey, 52, said the home security camera footage made for “extremely distressing listening” but was necessary in helping them to try and find answers about what happened.

A post-mortem into her death was carried out but proved inconclusive.

Following a further medical investigation over the past month, the cause of death was listed as Sudden Arrhythmic Death Syndrome.

Sudden arrhythmic death syndrome is when someone dies suddenly and unexpectedly from a cardiac arrest, but the cause of the cardiac arrest can’t be found.

Jeanette described Megan as a “generous and giving” person with a “bright, infectious smile.”

“She was loved by so many people and is missed by everyone who knew her,” Jeanette added.

“She lived for her family – her partner of eleven years and her two children, a son aged nine and a daughter, aged three.

“Her partner’s older son, aged 14, Megan treated as her own and they had a wonderful, close relationship.”

A Just Giving page set up by family friends Tony and Leanne has raised more than £3,700 so far.

All money raised will go towards the cost of Megan’s funeral and to support her partner and children at this time.

Megan’s funeral will be held on Monday November 1, at St Teresa’s Church in Norris Green, Liverpool.

Other tributes to the mum, written online, described her as “beautiful”.

One read: “Heartbreaking. I pray for her children. May they grow up to be strong and kind individuals.”

Royal news: How many Prime Ministers has the Queen lived through? Who is her favourite?

Huawei finds 5G heaven in Switzerland with 'Fitbits' for cows