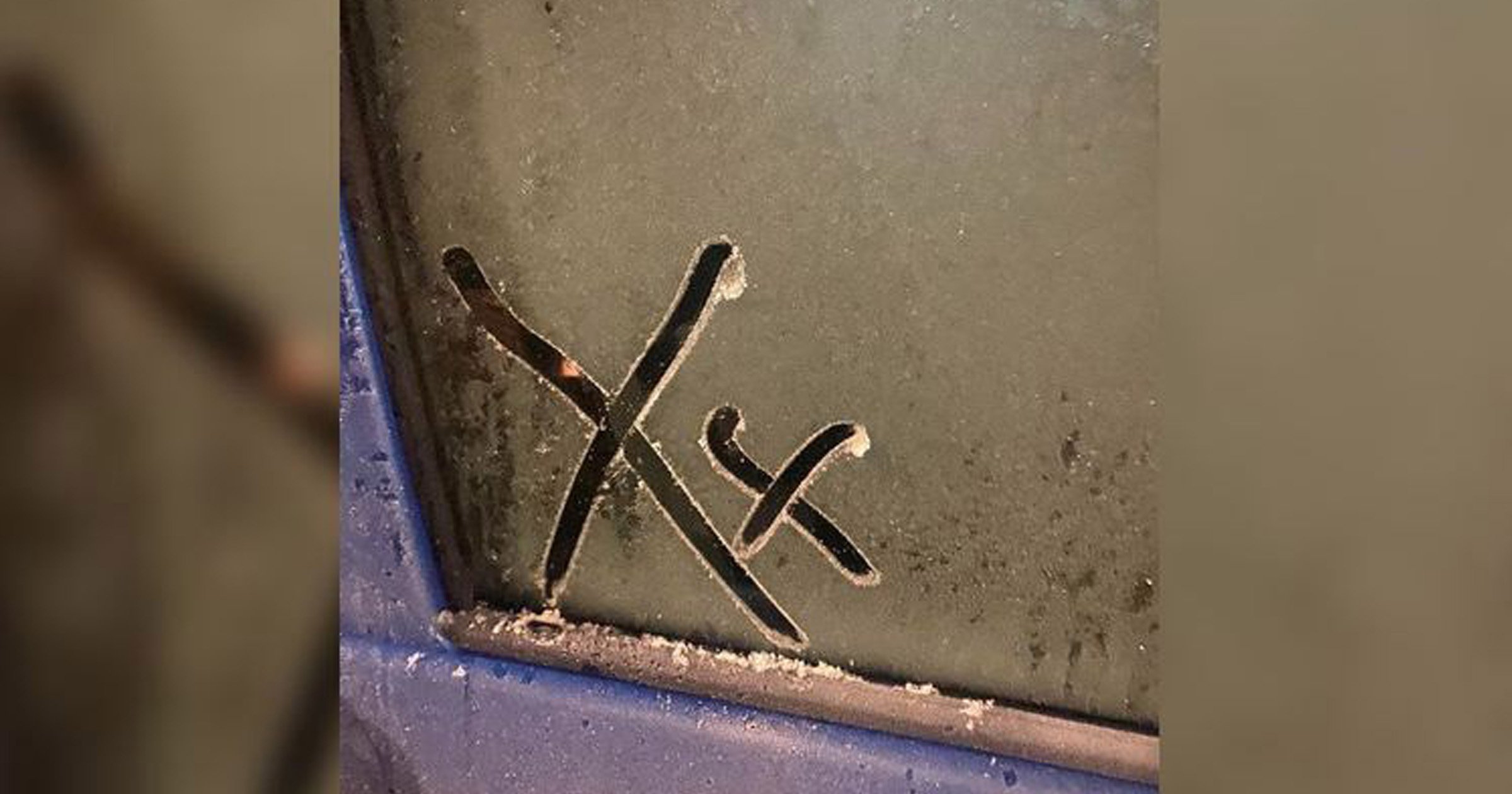 A mum is warning others after repeatedly finding ‘sinister markings’ scratched into ice on her car windows.

Laura Morgan, from Wallasey in Merseyside, first noticed the marks on her car around two months ago, and assumed they had been drawn by her children.

But when the markings kept appearing she started to worry whether there might be more to it.

Laura said: ‘It took almost two months for me to even realise what was happening.

‘I thought it was kids at first, but it was happening between the hours of 10pm and 6am.’

Security firm Keytek highlighted how criminals sometimes use secret markings to indicate things about a property, such as an X denoting a ‘good target’.

It noted: ‘These “robbery markings” or “burglar signals” are basic sketches and forms that are supposedly used as a “code” to determine whether a house is worth targeting.

‘These illustrations are also supposed to indicate to other thieves what type of person lives at the property, such as whether the residents are vulnerable, elderly, or live in a single-family home.’

It added: ‘Chalk is the main material burglars use as it is easily removed and not as noticeable as materials such as spray paint markings outside the house.

‘As well as burglar chalk signs, burglars mark houses with almost anything they can; it may be a small blob of paint or a piece of string tied around a lamppost.’

Similar markings have also reportedly been spotted in Stoke, and police forces in County Durham, Lanarkshire and Devon and Cornwall have also highlighted the issue.

Other symbols are said to include a triangle, which is used to show a single woman lives in the property on her own, or vertical lines which imply a house has obvious valuables inside.

‘N’ and ‘M’ symbols are also said to be used by thieves to indicate whether a house should be struck in the morning or at night.

Meanwhile, the Safeguarding Hub – which shares home protection advice and information across the UK – previously said: ‘Between us, we have a fairly extensive knowledge of burglary.

‘We have spent many hours speaking to distraught victims, visiting crime scenes and dealing with burglars. We have actually seen and experienced these symbols being used by criminals.

‘This is not to say that this is a common practice between bands of thieves, for most burglars work alone. We do not want to scaremonger and we can say confidently that the use of these symbols is very rare.

‘But, if you are a caregiver to an elderly or vulnerable person and spot strange marks outside their home, do you really want to dismiss it out of hand without just ensuring that the symbol is legitimate?’