Home » Europe » Murder accused calls himself ‘a psychopath with a conscience’ 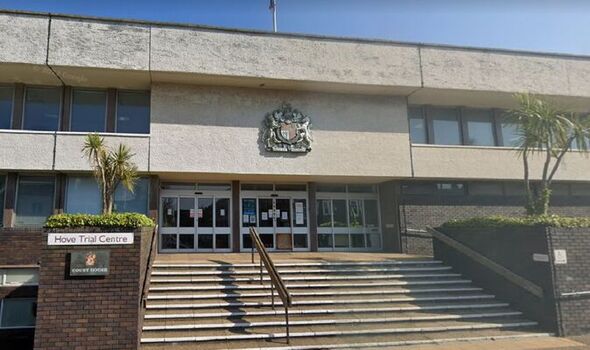 In a message read to jurors, Mark Brown allegedly wrote: “The things I have done weigh heavily on my heart, on my head and my soul.” But, he added: “It’s a joke really,” the court heard.

Brown, 41, is charged with the murders of mother-of-three Leah Ware, 33, and Alexandra Morgan, 34, a mother-of-two, in May and November last year.

In a chilling text to his friend, Brown outlined the way he disposed of the bodies of the two women, Duncan Atkinson, KC, prosecuting, alleged.

The message read: “I’m going to be very careful how I word this – it happened again, not very long ago when disposing of something.

“I try to laugh these things off, but it’s a very unpleasant thing to do. Old oil drum, five litres of diesel, hey presto, nothing much left, but it gets hot, very hot, Oil drum glows almost white, you go through a lot of stages in a situation like that.”

Ms Morgan’s remains, including burnt bone fragments and teeth, were found in an oil drum inside a skip at a building site where Brown was working, Mr Atkinson told the jury. Ms Ware’s body has not been discovered.

Ms Ware had been in a relationship with Brown after meeting him in 2018. She moved out of her home in Hastings, East Sussex, and moved into a caravan with him at Little Bridge Farm on the outskirts of the town, Hove Crown Court heard.

Brown rented a collection of buildings at a site, including a barn and sheds, where he worked on cars. She later moved into a converted shipping container inside the barn, jurors were told.

In the months before she vanished, Ms Ware complained to her family how Brown was controlling and would sometimes lock her inside the container, Mr Atkinson alleged.

An animal lover, Ms Ware had a horse, Bertie, as well as goats at the farm, the court heard.

She was devoted to her two dogs, Duke and Lady, the court heard. Duke, a Mastiff, was later taken in by Brown’s sister but Lady, a Pomeranian, vanished, Mr Atkinson said.

Ms Ware was last seen in May last year by a friend, jurors were told. Brown allegedly continued to pick up her prescription medicine and use her bank card afterwards.

No trace of her has been found but police later searched the Little Bridge Farm site and discovered the skeleton of a Pomeranian dog in a pond, the court heard.

It was still wearing a collar and lead which had been tied to a dumb bell. Mr Atkinson said the prosecution will argue that they are Lady’s bones.

He told the jury Ms Ware and Ms Morgan were both sex workers operating from the same website. Although Brown was a family man with a long-term partner and young son, he was “persistently” unfaithful,” jurors were told.

Ms Morgan, a single mother-of-two from Sissinghurst, Kent, was last seen getting petrol for her white Mini Cooper at a garage in nearby Cranbrook in November last year.

Mr Atkinson said she had arranged to meet Brown at Little Bridge Farm. CCTV filmed the Mini driving along a track followed by Brown’s gold Jaguar, the court heard.

She was never seen alive again, jurors were told. When she failed to return home days later, her family raised the alarm.

Brown was arrested and told officers Miss Morgan had left the farm in her white Mini after 45 minutes, Mr Atkinson said.

But CCTV evidence showed the car was driven off the site days later. It was eventually found, fitted with false plates, on a residential street, the jury heard.

Ms Morgan’s remains were later found by forensic officers searching a building site in Sevenoaks, Kent, where Brown had been working.

Police began a search for Ms Ware after a prescription for her medication was found in Brown’s works van, the court heard.

Prince Charles of Luxembourg looks adorable ahead of his first birthday