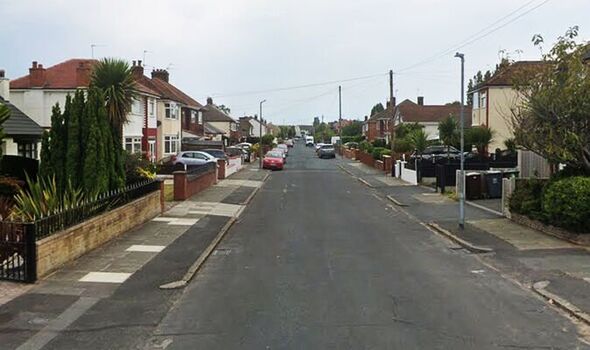 Authorities have launched a murder probe after a woman in her 50s was shot dead at her home in a leafy residential street in Wirral, Merseyside. At around 1:45 am on Sunday, emergency services were called to an address in Moreton, Merseyside after receiving a report that a woman had been found inside. Police said that the woman was pronounced dead at the scene, and had received an injury to her chest that was consistent with a gunshot wound. They have arrested a 79-year-old pensioner on suspicion of murder.  The man was known to the victim and currently remains in custody for questioning.

Authorities have cordoned off the address on Meadowbrook Road and officers have been speaking to residents, providing reassurances. Meanwhile, police are carrying out forensic examinations, CCTV and house-to house-enquiries in the area.

This incident occurred in a residential road in a leafy suburb where the average cost of a home is £230,000. The neighbourhood lies just over a mile away from beautiful fishing lakes, 3.9 miles from the Royal Liverpool Golf Course, and just four miles from the Wirral’s popular Red Rocks beach.

Meadowbrook Road lies just under a mile away from Moreton train station and is very close to seven different primary schools, while also having quick access to motorway links to Liverpool and Chester.

Chief Inspector Derek Riley, of Merseyside Police, said: “Although a man has been arrested following the tragic death of this woman in Moreton we are still in the very early stages of our investigation and enquiries into the incident are still ongoing in the area.

“I would ask anyone who was in the area of Meadowbrook Road in the very early hours of this morning who saw or heard anything or thinks they have captured anything significant on their doorbell camera or dashcam to contact us as a matter of urgency.

“I would also encourage anyone who has any other information which they believe could assist with our investigation to get in touch as this could be vital to our enquiries.”

This comes a week after Merseyside Police joined other police forces and community partners across the country to support the National Business Crime Centre week of action to tackle business crime.

Running from 17th October,  each police force took part will be holding various crime prevention activities and initiatives to increase engagement with local businesses and retail outlets, and disrupt some of the most prolific criminals.

In Merseyside, operational activity included Safer Business Action Days “to deliver a focus on joint patrols and the targeted intervention of offenders.”

Community Policing Chief Inspector Paul Holden said: “Businesses can be affected by a wide variety of crimes and throughout the year our officers are proactively tackling offences ranging from theft, burglary and cybercrime to abusive or violent behaviour directed at staff.

“A Safer Business Action Day is all about partnership working, with the police, business, private security, Business Crime Reduction Partnerships and Business Improvement Districts working together to reduce crime.

“This proactive and collaborative approach allows us to deploy resources into designated locations, and in addition to joint patrolling and the targeting of offenders, we will raise awareness within our communities of the crimes that impact business.

“We will also demonstrate the importance of tackling crime to protect and safeguard staff in businesses and retail premises.”

Sorry, Phil! Hammond could be SNUBBED by Boris over peerage after Remain campaign

Brexit Enters the ‘Flextension’ Era. It Could Be Short.