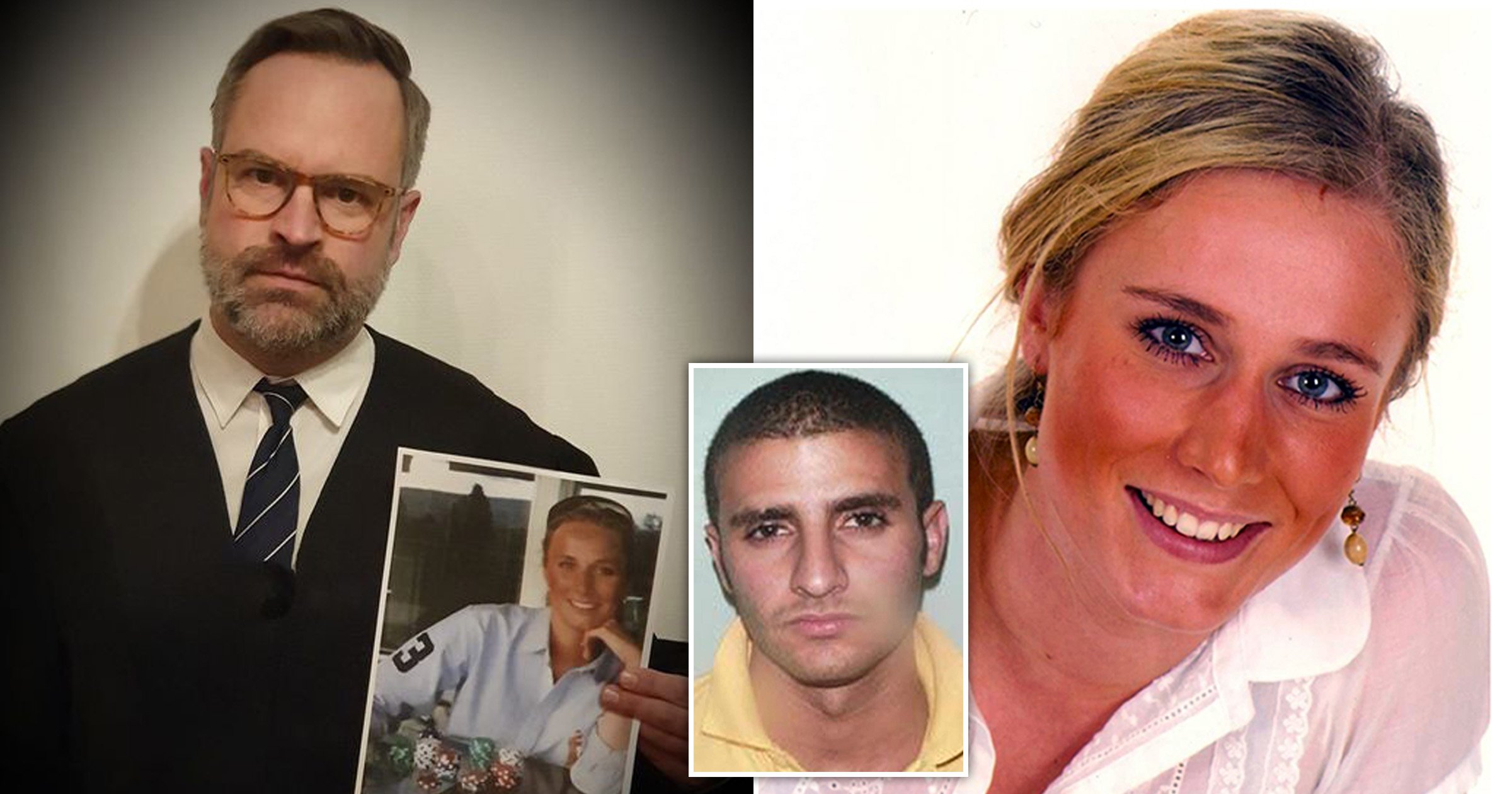 The family of a Norwegian student murdered in London 13 years ago has told the only suspect: ‘There is still time to save your soul.’

Fugitive Farouk Abdulhak, the son of a billionaire, is wanted by Scotland Yard over the unsolved rape and killing of Martine Vik Magnussen.

He is believed to be in Yemen, where he has so far not bowed to pressure to return to the UK and face the justice system over the 23-year-old’s murder.

Ms Magnussen’s family has never given up hope that the Egyptian-born suspect will be brought before a court over the brutal killing.

A television documentary promising new insights is also in the pipeline as they look to keep the case in the public eye.

Patrick Lundevall-Unger, chairman of the Martine Vik Magnussen Foundation, told Metro.co.uk: ‘The kind of action that Farouk is suspected of is one of the worst a human being can commit.

‘It is a cowardly act to flee the country and hide behind walls in Yemen.

‘It is a shame that the suspect does not return itself to England so that a trial can proceed. To clear his soul and to bring peace to himself and to his own family and Martine’s family would still, after all those years that have passed after the murder, show that he has some kind of humanity.’

Ms Magnussen had excelled in her studies at the private Regent’s Business School in Regent’s Park. She celebrated her end of term exams with friends at the Maddox nightclub in Mayfair before catching a taxi with Abdulhak at around 2am on March 14, 2008.

The Metropolitan Police launched an investigation after her friends reported her missing the following day.

On March 16, officers making enquiries visited the residential block in Great Portland Street where Abdulhak lived and discovered her semi-naked body in the padlocked basement. Attempts had been made to conceal her beneath rubble.

A post-mortem examination gave her cause of death as compression to the neck and she was found to have been raped.

A verdict of unlawful killing was recorded at Westminster Coroner’s Court on November 24, 2010.

Within hours of her disappearance, the playboy had fled to Egypt and then on to Yemen, where he is believed to be in the capital, Sanaa, which was taken over by the Houthi movement in 2014.

The Magnussen family has since tried to bring international political pressure to bear as well as appealing to the Houthi and Yemeni people in a country that does not have an extradition treaty with the UK.

Ms Magnussen’s father, Odd Petter Magnussen, who lives on the outskirts of Oslo, told Metro.co.uk in March 2021 that Farouk ‘can run but he can’t hide’.

The Met has continued to pursue the case and the family has also had a supportive message from the Queen.

Mr Lundevall-Unger said: ‘We appreciate the hard work Scotland Yard is putting into this case to achieve justice and we will never give up until Martine has achieved a fair trial.

‘I also want to thank the British people, especially the people of London who are supporting our case, this means a lot.’

The Foundation also shared their renewed appeal on Facebook, writing: ‘Biometric data, new face and voice recognition technologies as well as international police cooperation reduces criminals’ possibility to get away.

‘Farouk Abdulhak, what is your rationale behind your hope of remaining a free man in Yemen, rather than taking your legal responsibility and later being a free man?’

The Foundation said that the 34-year-old suspect’s father allegedly died in 2020 but that the family wealth has enabled the fugitive to remain sheltered in Yemen despite the international profile of the case.

The Discovery Channel has commissioned Norwegian production company Monster to make a documentary about the murder, which is due to air on the platform and on TVNorge in 2022.

In March, Detective Inspector James Howarth told Metro.co.uk: ‘In the past 13 years, Martine’s family and the Met have kept this investigation in the public’s thoughts, raising it again and again.

‘I would like to make it clear to Farouk Abdulhak that this matter is not going to go away.

‘My team and I will continue to seek justice and use all opportunities available to pursue him and bring him back to the UK. His status as a wanted man will remain and I will not cease in my efforts to get justice for Martine’s family.’