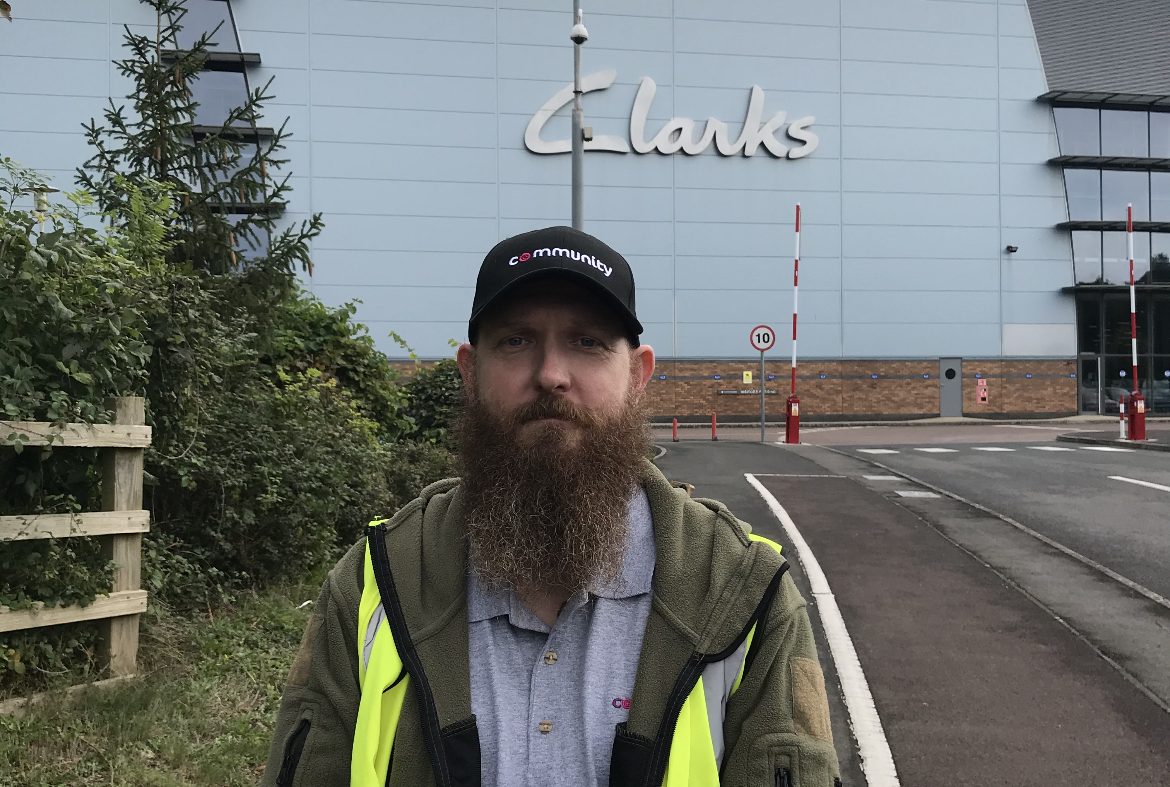 You will have heard of Clarks: they are one of the most recognisable brands on the British High Street, supplying shoes to the nation for over a century.

I’ve worked at Clarks in my town, Street – the very UK town where Clarks was founded – for 16 years. I know colleagues that have been here even longer – some for 20 and even 30 years.

There once was a time where Clarks built schools, libraries and theatres for their workers and their families in Somerset. Cyrus and James Clark, who opened the first ever Clarks in 1825, were proud of their local community and saw it as their responsibility to give back. It’s not an exaggeration to say that Clarks helped build my town, and my town helped build Clarks.

This only deepens the sense of betrayal both me and my colleagues feel about being told we are subject to something commonly known as ‘fire and rehire’, where an employer can legally force employees to accept dramatically reduced terms in order to keep their jobs.

In May, my colleagues and I were summoned to a meeting and told we’d be subject to new terms. They are non-negotiable, are wide-ranging and encompass almost every facet of our work. They include everything from a reduction in hourly wage, sick pay and annual holidays, to the more outlandish and punitive like the removal of 10 minute coffee breaks and complimentary hot drinks.

The message: if we don’t accept the changes, we will lose our jobs. Listening to what was being presented, I felt horrified. After the shock came upset and frustration.

Those who will suffer most from these changes are legacy employees like me who have been with the organisation for a longer period of time – way before the takeover by LionRock Capital last March – and who have stuck with the company through thick and thin. Last year, many members of the team worked throughout the pandemic in person, others were furloughed, taking a 20% pay cut with little information given.

On a personal level, the changes Clarks are imposing are severely detrimental not only to my life, but to my family’s as well. Like many people, I survive from pay cheque to pay cheque, with very little left over each month. The pay cut will cause me major financial difficulty – at the moment, my hourly rate is £11.16. This will drop to £9.50 under the new terms, which equates to a 15%-20% reduction in my annual earnings.

None of us want to be going on strike, this is the last of last resorts

I spent hours painstakingly doing the sums, trying to find a way to make things work. What is abundantly clear is that it means I will not be able to afford my current two-bedroom flat – I will have to downsize to a one-bed or bedsit. Most heartbreakingly for me, this means that my children – who I don’t live with – would be unable to visit me, as I need a spare bedroom for them to do so.

Property is very expensive in this area. I’ll have to move away, meaning that I’ll travel for longer in the days, be more tired, have less time to myself – and won’t be able to see my kids as often.

My biggest fear is that if I lose my job altogether I might even face homelessness and never get to see my children.

To add to the financial woes, as well as reducing our hourly rate, they are also taking away time and a half for overtime, removing the incentive to work more hours to make up for any lost wages. This is at a time when petrol and electricity are becoming more expensive, and National Insurance is going up. Management told us we would need to ‘make lifestyle changes’ but how can they expect employees to survive?

It doesn’t just hurt the workers in the centre, it brings everyone that knows them and their entire community down too. But management seem unable, or simply don’t care enough, to see that.

I totally understand that we are in difficult economic times, but fire and rehire is no way to thank your employees, or your customers. For a brand like Clarks, I think it shames the British High Street.

We went to the Community Trade Union, consulting them on our rights to take industrial action. Members are balloted over a set period of time and Clarks were informed on the outcome of the ballot in September – my colleagues and I voted to go out on strike, at an overwhelming 88% in favour.

I can’t tell you enough how much we didn’t want it to reach this stage, but for us there is simply no other choice.

Some of my colleagues are scared to speak out, they are worried they will face repercussions for doing so, such as ​being intimidated or even dismissed. They feel powerless and that makes me feel ​so deeply saddened and angry.

All we are asking for is being paid enough to live. I fear being singled out too but that is why I’m writing this, and why I’m asking for support.

This week is Conservative Party Conference, and the theme is ‘Build Back Better’. The Government has previously promised a new bill on employment rights, but this has so far yet to materialise despite ample opportunity. I want to see fire and rehire become a practice that is no longer lawful or permissible.

To some, this may be seen as ‘part and parcel’ of business and seem unimportant or trivial. Many may say ‘work somewhere else!’ but it’s not that easy. This is my entire life. It is the difference between being able to heat your home or feed yourself and your family.

​If you can’t afford to live on wages paid by your company but also can’t get a new job what options are you left with?

None of us want to be going on strike, this is the last of last resorts. We ask to be treated with the dignity and respect we deserve at the business we have put years into.

So, I’m asking, if not pleading, Boris Johnson to do something about fire and rehire. Outlaw this practice, make it so no other companies are allowed to be so callous and dismissive of their employees’ lives.

For me and my colleagues, and for workers nationwide who could face these tactics in the future, it really can’t come a day too soon.

I dread to think what the next ​six months hold. ​Clarks hope to have everyone on new contracts by January 23, although the strike may complicate this, some employees have already received their new contracts and have four weeks to decide whether to sign it.

I haven’t had mine yet but I’m having sleepless nights over the stress of it all. It feels like we have the sword of Damocles hanging over our heads.

A Clarks spokesperson said: ‘At our Westway Distribution Centre, we continue to consult with employees on proposed changes to employment terms conditions for all operatives. It is crucial that Clarks achieves sustainable employment costs, but it is equally fundamental that it achieves fairness between its distribution operatives where differences between hourly rates of pay currently exist.’