Paddy Bloor was just 21 when he died after overdosing on the drug GHB at a Brighton house party in March 2018.

After a Sky News investigation found the Class C drug was involved in more than 100 reported crimes in the last three years, Paddy’s father Dr Graham Bloor explains why he believes GHB must be made Class A – and urgent research is needed to prevent more deaths.

It was 5.30am when the phone rang in our flat in London. It was a doctor in A&E at the Royal Sussex Hospital in Brighton.

“We have your son Thomas. Can you come here as quick as you can?”

A feeling of horror come over me. As a doctor myself, I knew it was serious.

Tom has two brothers, Paddy and Eoin. I went into Eoin’s bedroom to tell him the terrible news. But he insisted Tom was in London and it could not be him in the hospital.

It suddenly dawned on me who was actually in A&E – Paddy. He had taken Tom’s passport because they’re identical.

Paddy had gone to a party, a Grindr-related meet up, in Brighton and didn’t want to stop partying.

He hooked up with someone at 3am or 4am, and by 5.15am he had suffered a cardiac arrest. He died two days later.

His death left me completely numb. I was shell-shocked.

It sounds trite but in his early years Paddy was loved by everybody. That was him – a very happy child.

He was the leader of his triplet brothers and he would boss them around when they were very young.

He was highly intelligent, an absolute charmer and a comedian who would have us in fits. That was his way. 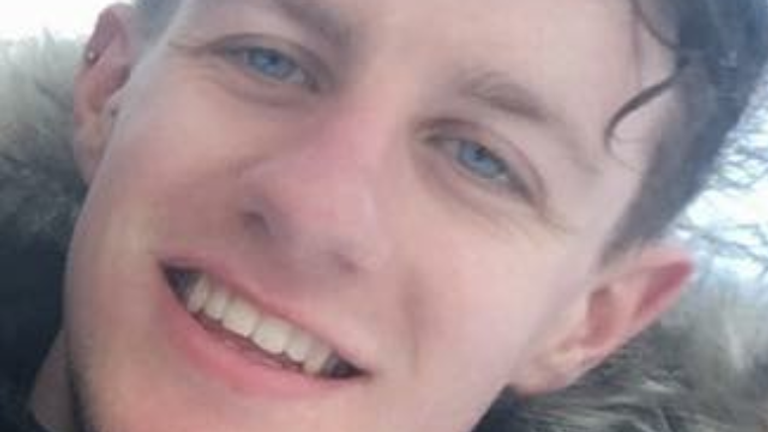 As the most sensitive, and obviously effeminate, from a very early age we knew Paddy was gay but it took him forever to actually say he was.

Paddy was very much protected by his brothers early on but later that changed.

After moving to a new school, without one of his brothers, he was bullied. He saw psychologists and psychiatrists because of his reactive behaviour.

By his mid-teens, he was always getting into trouble, going to parties, music festivals and taking drugs. It was a really hard time and we lost him at around that age. From being the loving, very much involved child, life became a nightmare.

We feared Paddy was taking drugs at the age of 15 or 16. His personality changed, which is one of the red flags.

He became withdrawn and stopped being a joker and was no longer taking part in our family life. His brothers were worried about him but Paddy didn’t care.

We were very scared. My brother Martyn died when he was 49 from drug and alcohol poisoning and I saw Paddy going down the same road.

When we found paraphernalia for cannabis in his room, we used to tell Paddy that drugs are going to be a problem but we couldn’t get through to him. He would turn round and say: “Drugs aren’t a problem, alcohol is worse.”

He got into Hull University and there, he went hell for leather.

He dropped out of half way through his first year, by which time he hadn’t paid any rent in student accommodation, he had two fully overdrawn overdrafts, and he was skint. It had all gone on sex and drugs and rock’n’roll – only in his case it was drum’n’bass. 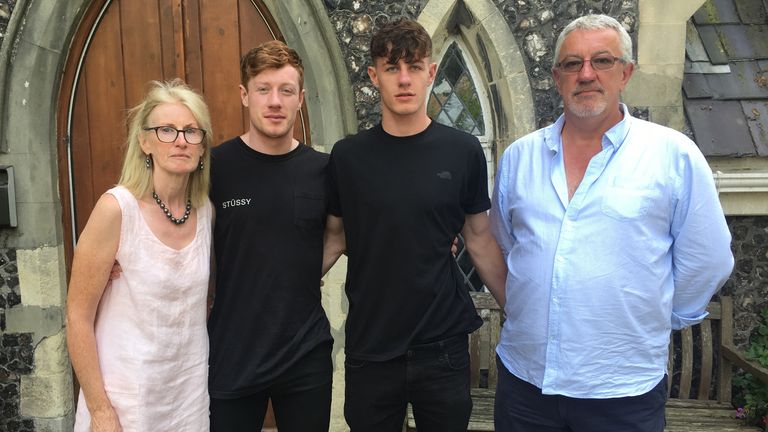 We only knew at that time he was taking cannabis and a tablet called Molly (ecstasy) that some of his friends were apparently taking.

By the time he finished at Hull, there was ketamine, Xanax, cannabis, ecstasy, mephedrone – whatever he could get his hands on he would take.

He came home after leaving Hull and managed to increase his grades to go to Sheffield University – but he did exactly the same thing and got into physical, legal, social and financial problems. It broke him.

He was trapped. He dropped out of Sheffield but by that time he had loads of different places to stay up and down the country with his many, many friends.

Three months before he died, Paddy was in Brighton when a female friend suffered an epileptic fit on what we believe was GHB. It scared him.

He phoned us and said: “I want to stop, I’m scared.” This was the line in the sand for him. We had been waiting years to hear this.

We gave him rehab at home and he withdrew over Christmas. Once he got over the physical withdrawal within six weeks he passed his mid-year exams in his first year of university with a 2.1 mark. He was so proud of himself.

We thought he had turned it around. It was great to see our son back, excited, happy and taking pleasure in life, work and achievement. We were so relieved.

But after Paddy got the university result he wanted, he decided to celebrate. 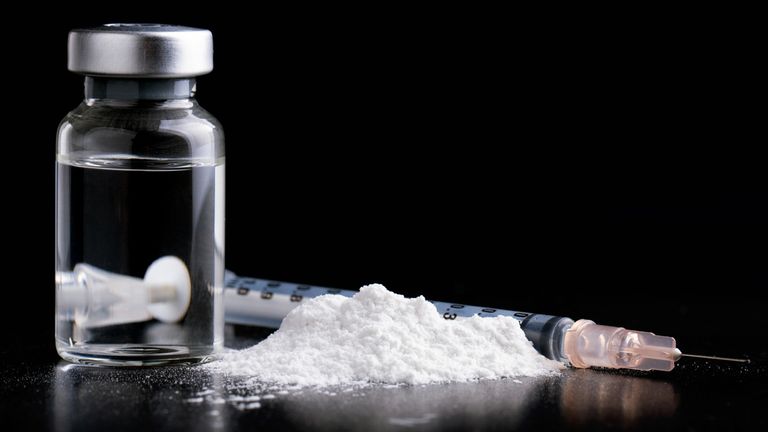 He ran away saying: “I need my friends.” What he meant was: “I need my drugs.” He didn’t come back.

He was given drugs by friends locally and we lost him again.

Paddy was killed by toxic levels of GHB – it must be made a Class A drug instead of Class C to tell young people just how dangerous this drug is and help prevent more young people losing their lives.

Currently the message from the government to young experimenting teenagers is that it’s comparable to sleeping tablets and anabolic steroids. A truly incredible and potentially lethal understatement.

It’s heavily used by the gay community so it beggars belief this has not been picked up.

There is likely a public health crisis happening that due to the nature of GHB toxicity and lack of testing is invisible.

Those who make decisions about resource allocation are unaware of what is happening. As long as they remain ignorant, nothing will change except that more young people will die.

As a matter of urgency, hospitals, the police and coroners need to include GHB in routine toxicology.

Some hospitals do test for it. Why don’t other hospitals, serving areas with large LGBT communities, such as Brighton, do the same?

What happens when the Rhine, Europe's most important river, runs dry

Prince Charles says he 'understands the frustration' of environment protesters